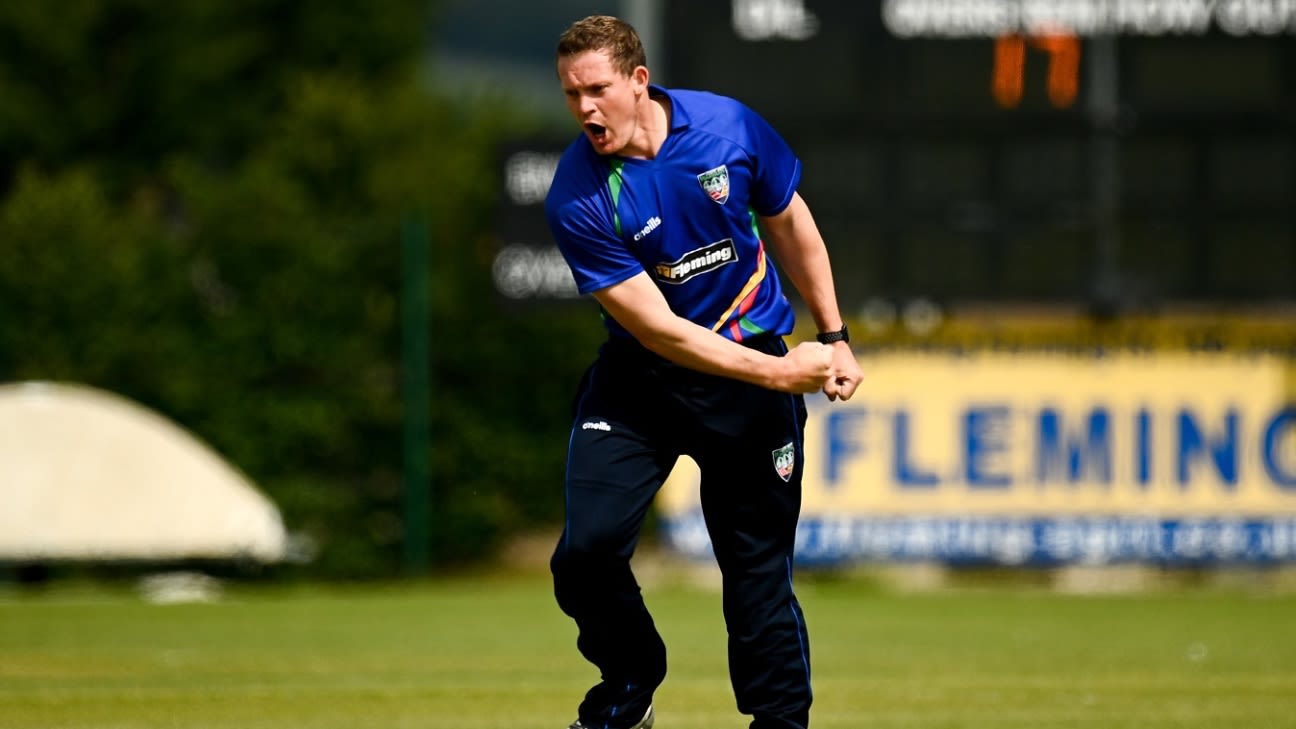 Andy Balbirnie will captain the 14-man squad. Of the players who were part of Ireland’s most-recent 50-over engagement, a 2-1 series win in West Indies in January, William Porterfield has recently retired, while Barry McCarthy, Neil Rock and Ben White were omitted.

“Taking on the world’s number one ODI side will always be a challenge, but with 30 World Cup Super League points on the line, this series becomes even more significant,” Andrew White, chair of national men’s selectors, said. “One-day cricket is the format we have performed most consistently in over the last few years, and despite the age profile of many in the squad being young, they have gained some important experience in recent times in finding ways of winning against top sides.

“With the recent retirement of William Porterfield, we’ve called up Stephen Doheny into his first ODI squad. Stephen has impressed coaches and selectors with his stroke play and is now starting to convert starts into defining and match-shaping innings’ at inter-provincial and Wolves level. His form has warranted his call-up to both white-ball squads and we wish him well.

“It’s likewise pleasing to see Graham Hume get his chance in the ODIs after repeated seasons of consistent form while he qualified to play for Ireland. Hume has demonstrated his accuracy and ability to extract bounce and movement in home conditions – we are hoping his knack of prising out early breakthroughs will translate to the higher level.”

Ireland will play New Zealand in three ODIs at Malahide between July 10-15, with points for the World Cup Super League on offer. They will then play a T20I series against the same opposition in Stormont.