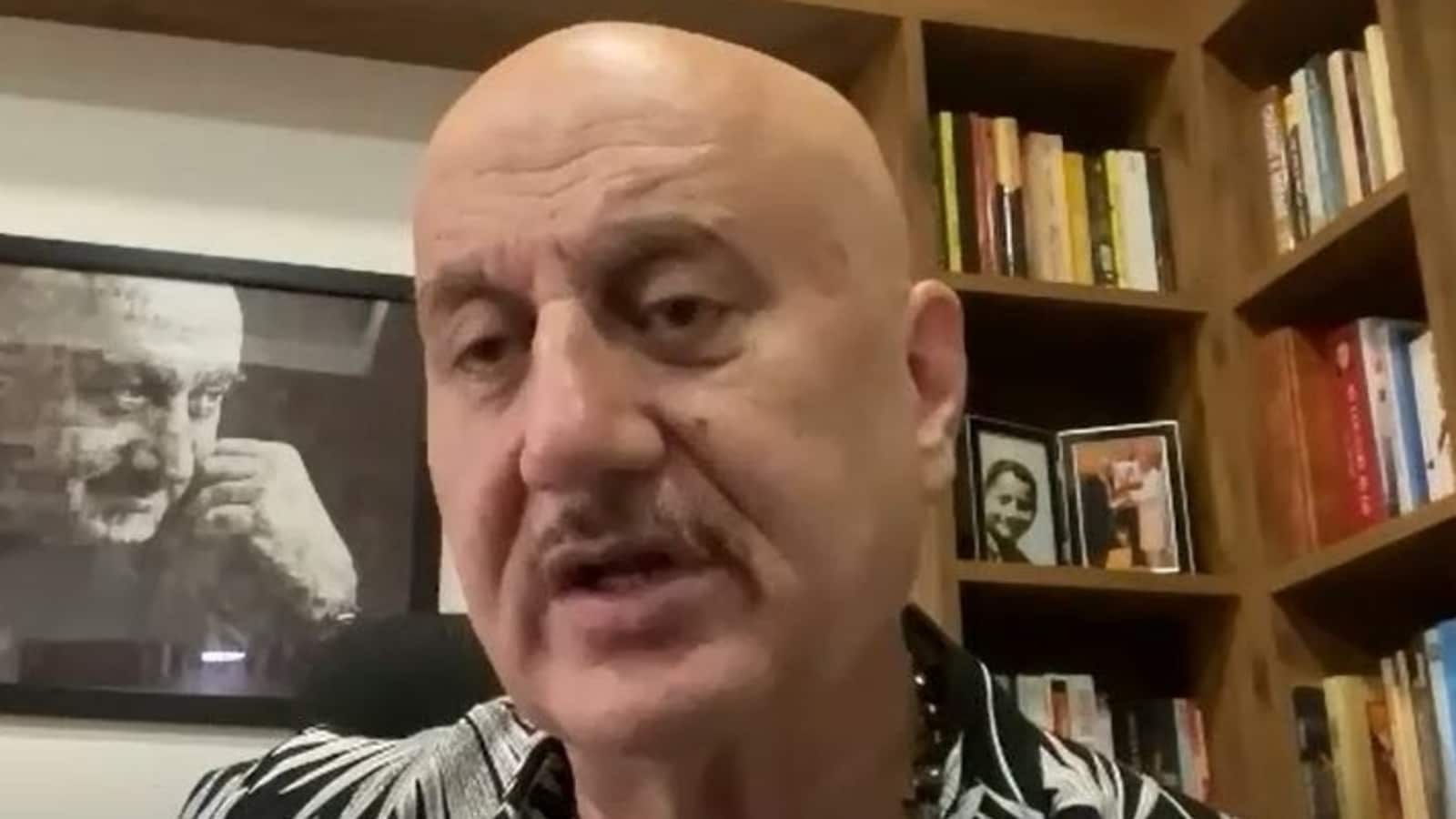 Anupam Kher is riding high on the success of his third film this year. After the critical and commercial success of The Kashmir Files and Kartikeya, Anupam’s latest film Uunchai has also shown promising trends at the box office. In an exclusive interview with Hindustan Times, the actor has revealed the best compliment he got for the film came from his mother. He also talks about his childhood friend. (Also read: Anupam Kher fails to buy Uunchai ticket, is told all shows are housefull)

Here is an excerpt from the chat in which Anupam talks about the new film, director Sooraj Barjatya and much more.

What is the best compliment you have received for Uunchai?
The best compliment was that ‘you have the third hit this year’. What can be a bigger compliment? (It has been amazing). My mother said ‘you are not like Om Sharma (Anupam’s character) in real life at all and so did my brother. And, that is the truth. Om Sharma is irritable, orthodox and he does not want change. I am the complete opposite. That in itself was a great compliment.

Have you met someone who said ‘this is me’ or ‘I have seen this character in my life’?
One of my childhood friends, Vijay Sehgal lives in Delhi and when he saw the film with his wife, he called me up and told me ‘I am the Om Sharma of our trio’. That is true because all these years, he was the one who’d always cancel the plans we’d make. All our meetings and outings, he’d cancel them at the last minute. I had not realised till the time he called up. His wife said ‘Anupam ji tumhara role kr rahe hain (Anupam is playing your role)’.

How does it feel, now that Uunchai is doing well?

My job is not to worry about how they release it, especially with Rajshri Productions. They know how to market their film, they know well how to do it and it is not for me to decide. We did a great film together and their strategy is working – they released it in 483 theatres and wanted the footfall to increase and that is what is happening. When you do good work, of course, you want it to reach a larger audience. (And, it is) not just for the sake of an actor but also for the people who invested their money in it, the ones who worked on it for so many years. Someone like Sooraj (Barjatya). I am very happy, that the film has received such love and is doing well commercially too. I am fortunate that this is my third film this year that is critically acclaimed and a box office hit. I am thrilled about it.

Have you taken journeys that took you beyond your limitations?
That is my life. I got facial paralysis before a major scene in Hum Aapke Hain Koun and the doctor had asked me to stay at home for two months and cancel the shooting. I went to the sets and finished the shooting the same day.

In 2004, because I am not a business-minded person, I almost went bankrupt and then started all over again. I am a sum total of my failures. People started calling me thespian, veteran, and legend – which meant you should be given a lifetime achievement award and walk into the sunset. But I refused to do that. I went abroad and did an American series. After turning 60, people think about retirement but I started building my body.

Why do you call Sooraj Barjatya ‘Buddha’?
The whole family (Barjatyas) is like that. To have people like that in today’s time is rare. On the screen, they represent the Indianness of films and that is how they are in real life. For them, being cool is being honest, polite, and punctual. They are the first family of independent Indian cinema. Sometimes, I ask them if they are given injections when they are born so that they are calm.

Sooraj is calm and composed. That does not mean he does not lose his temper. He gets irritated and stuff (especially when shooting is going on) but he is polite. It will be fantastic if someone can be like him. The essence of being Buddha is to be calm and that is what he is. I am not saying he is not a human being, he feels all of that too. But being Buddha, you overcome your minus points and shortcomings.