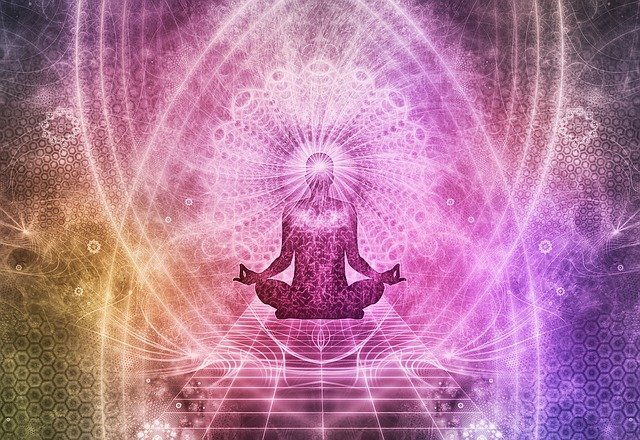 The International Day of Yoga is celebrated on 21st June every year. On this day millions of people gather together and practice various forms of Yoga towards a healthy lifestyle. International Yoga day is an initiative by India which was globally recognized by the United Nations General Assembly in 2014.

This year the main event of 8th edition of Yoga Day is going to be celebrated in Mysore, Karnataka. For the first time in an innovative program “Guardian Ring“, the movement of the sun will be showcased and accordingly people will perform Yoga across the world starting from East to West. Let’s know more about it in detail.

Theme of 2022: “Yoga For Humanity”
The theme is decided by the Ministry of Ayush which is dedicated to the importance of Yoga in uplifting human life during the peak time of Covid-19. The day is marked to spread awareness about the benefits which can be obtained by practising the ancient therapy of Yoga for Physical, Spiritual as well as Mental soundness.

Origin Of The Word Yoga

As it is said that, “a sound mind lives in a sound body”, vedic culture of Yoga is a way to attain this very soundness of body, mind and soul. The word Yoga is derived from a Sanskrit word ‘Yuj‘ which means ‘to join’ or ‘to unite’.
India has been an ancient land of Yogis. As per Yogic scriptures, Yoga is a way to unite the Individual consciousness with that cosmic one. It’s a way to attain harmony between man & nature.

History of International Day of Yoga

In 2022 the 8th edition of International Yoga day is going to be celebrated, so the history dates back to 8 years ago. On September 27, 2014, Prime Minister of India Narendra Modi, proposed his will for the global celebration of Yoga Day, in the session of United Nations General Assembly. His proposal was then endorsed by a record 177 member states of UNGC.

The first International Day of Yoga was observed on June 21, 2015 globally. In India along with the Prime Minister around 36,000 people actively participated in the event and performed 21 asanas for around 35 minutes. Since then the day is being celebrated with more participation as people’s commitment towards making a healthy Earth with sound human beings.

Practice of Yoga In Ancient India

In India Yoga has been an exercise to bring people together through kindness and compassion to develop a sense of unity and resilience. The purpose of Yoga practice is to maintain a balanced relationship between human and nature by strengthening the values of mindfulness, moderation, discipline and perseverance.

The emergence of yoga is believed to be 5000 years old in India where Adi Yogi or Shiva is considered as the first Yogi or Adi Guru who transmitted the Science of Yoga to seven legendary Sages, known as Saptarishis on the Bank of Kantisarovar in Himalaya. In the Yogic science the precious 112 ways are presented to surpass human limitations and unleash eternal potential.

The Four Forms of Yoga

There 4 paths of Yoga are described to remove the ignorance and attain true purpose of life or moksha. These are Bhakti Yoga, Karma Yoga, Jnana Yoga and Raj Yoga. All 4 have their own significance but are interlinked together.
Bhakti Yoga: When the Yogic practice involves devotion towards God, it is Known as Bhakti Yoga. Its purpose is to develop the feeling of unconditional love and devotion.
Karma Yoga: Believing in karma and standing for fellow human beings known as Karma Yoga. Its purpose is to act according to Dharma without the desire of fruits.
Jnana Yoga: Finding the true purpose of life and the way adopted to do so is known as Jnana Yoga.
Raj Yoga: It represents the goal and the method to attain it. In the 19th-century Swami Vivekananda gave his interpretation of the Yoga Sutras of Patanjali in his book Raja Yoga.

In India the practice of Yoga found its roots during the time of Maharshi Augusta. Agastya, the Saptarishi travelled across the Indian subcontinent, crafted this culture around a core yogic way of life with an aim to educate people about Self-realisation, to overcome all kinds of sufferings leading to the state of liberation. After him it was maharishi Patanjali who further systematised the existing practices of Yoga through Yoga Sutras. Now let’s have a look at the timeline of Vedic Yoga.

So this was all about how the dimensions of Yoga developed with time. India which is known as Yoga guru is due to the Indian Sages who spreaded the spiritual wisdom of Yoga all over the world; Swami Shivananda, T. Krishnamacharya, Sri Aurobindo, Maharishi Mahesh Yogi, Acharya Rajneesh(Osho), BKS. Iyengar etc. In the end, Yoga is all about a practice to unite one’s true potential with real self to be empowered in true senses to nurture humanity as well as mother nature.

Who is the Current CEO Of NITI Aayog: NITI Aayog Formation, Structure, Initiatives & Facts for UPSC

List Of Mottos of Government Institutions: Dhyeya Vakya In Sanskrit & English, Questions On Sources Of Mottos