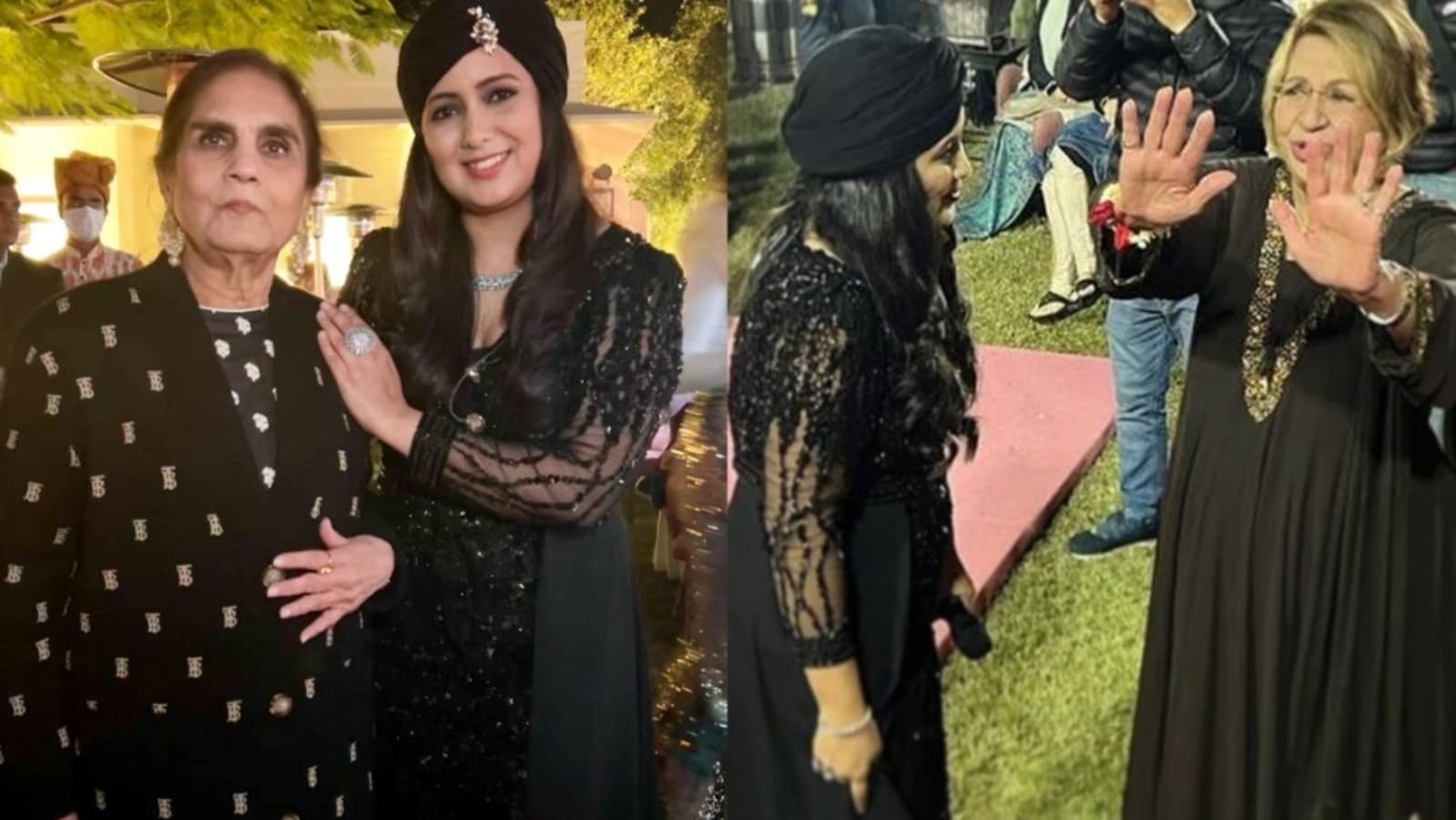 Singer Harshdeep Kaur gave fans glimpses inside actor Salman Khan‘s mother Salma Khan’s 80th birthday celebration. Taking to Instagram on Wednesday, Harshdeep posted a string of pictures. In the first picture, Harshdeep Kaur posed with Salma. Veteran actor Helen featured with the singer in the next picture. Helen was seen gesturing someone to wait as she extended her hands while Harshdeep smiled looking at her. (Also Read | Salman Khan, Arbaaz Khan, Helen, Salma Khan and others come together to mark Salim Khan’s birthday over family lunch)

Harshdeep also posed with Salman’s sister Arpita Khan Sharma in the next picture. One of the photos featured Harshdeep with her husband Mankeet Singh and Helen. For the occasion, all of them were dressed in black outfits.

Harshdeep captioned the post, “It felt so special performing for the lovely Salma Khan Ji on her 80th Birthday Celebrations! The sweetest @arpitakhansharma & Alvira being amazing hosts made me feel like a part of the family. Also meeting Helen ji and making her dance on her legendary songs was the cherry on the cake (heart face emoji) Thankful for all the love & warmth (rose and red heart emojis).” She also added the tags Salma Khan, celebration time, 80th birthday, Salman Khan, Harshdeep Kaur and Arpita Sharma.

Reacting to the post, a fan commented, “Woaah! What an honour. Congratulations.” Another person wrote, “Sooo proud of you Queen.” “You are all celebrities’ favourite performer on their special day,”

Veteran Bollywood writer Salim Khan tied the knot with Salma Khan in 1964. They are parents to Salman Khan, Sohail Khan, and Arbaaz Khan.

His upcoming projects also include Tiger 3, co-starring Katrina Kaif. He will also make a cameo appearance in Shah Rukh Khan’s Pathaan. Salman was last seen in Antim: The Final Truth, in which he featured alongside actor and brother-in-law Aayush Sharma.