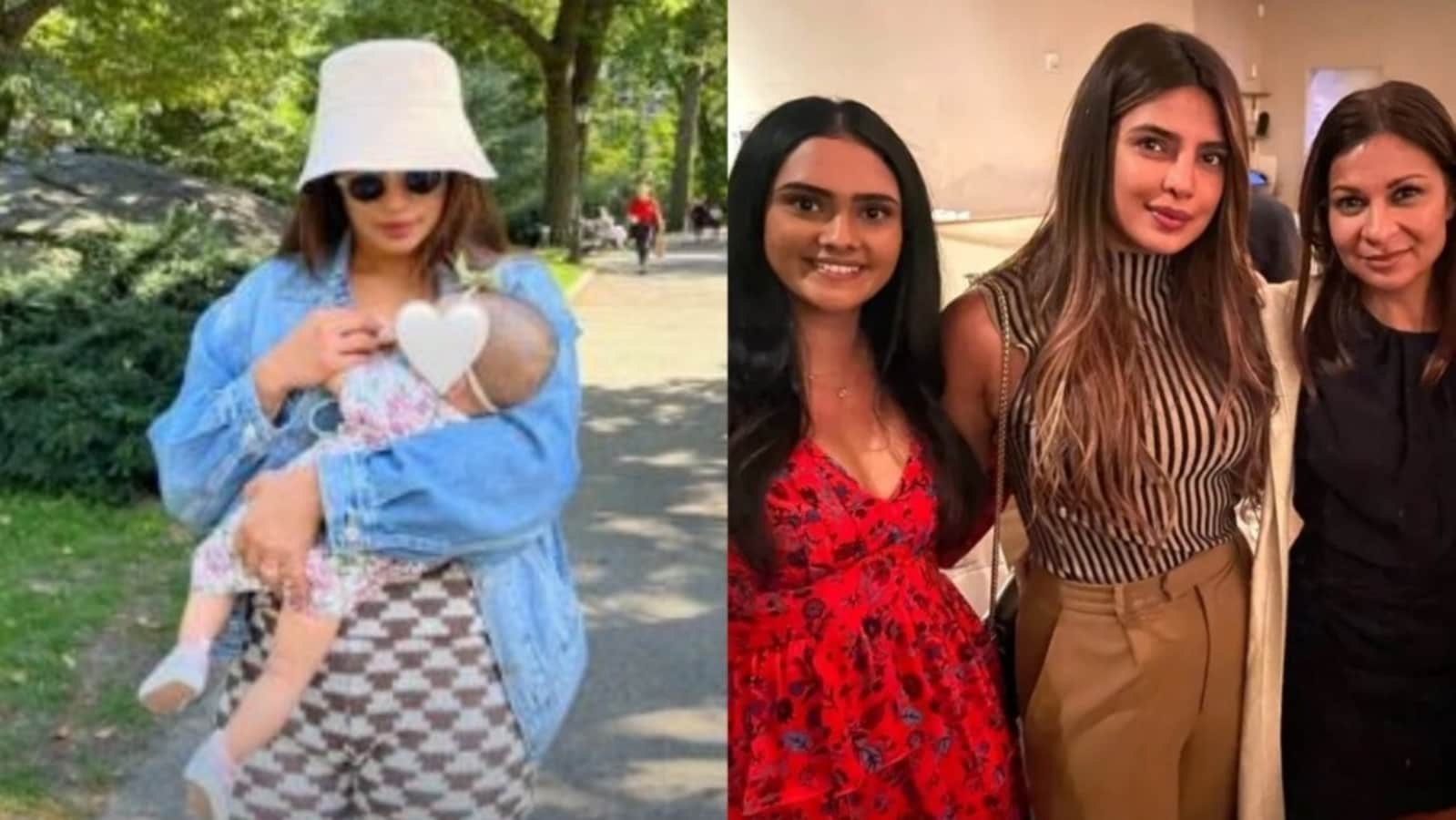 Actor Priyanka Chopra took her first trip to New York with her daughter Malti Marie Chopra Jonas. During her visit, Priyanka spent her time with her daughter in a park. She also took time out to stop by her restaurant, Sona, in the city. Priyanka, the UNICEF global goodwill ambassador, travelled to New York to address the United Nations General Assembly. (Also Read | Priyanka Chopra shares pics of daughter Malti Marie from New York trip)

Taking to her Instagram Stories, Priyanka posted a photo with Malti Marie as she took a walk in a park. In the photo, Priyanka held her daughter in her arms and looked at her. She didn’t reveal her baby’s photo but edited it and added a white heart emoji.

Priyanka also gave a glimpse of her restaurant on Instagram. She shared a photo of several dishes resting on a table next to a beverage. A lamp, plates and glasses were also seen on the table. She wrote, “Nights at @sonanewyork (red heart emoji). It was so nice to meet everyone dining (heart eyes emoji).” She also tagged Sona on her Instagram Stories.

A fan account also shared a picture of Priyanka from inside the restaurant. In the photo, she posed with her manager Anjula Acharia and two other women, seemingly fans. In the photo, Priyanka wore a black and white striped top and paired it with beige trousers. All of them smiled while posing for the photo.

Priyanka on Tuesday shared pictures with Malti Marie. In the first picture, Priyanka sat on the window sill and held her daughter who enjoyed the city view. In another photo, she dropped a close-up selfie with her daughter. On Instagram, she posted pictures and captioned them, “Our first trip to the big apple.”

Priyanka and singer Nick Jonas got married in a Christian and a Hindu ceremony in Jodhpur’s Umaid Bhawan Palace in December 2018. It was followed by two receptions in Delhi and Mumbai. In January 2022, they announced that they welcomed daughter Malti Marie via surrogacy.

Priyanka will be seen in international projects such as It’s All Coming Back To Me, and the series Citadel. Produced by Russo Brothers, Citadel will release on Prime Video. The upcoming sci-fi drama series is being directed by Patrick Morgan and stars Richard Madden alongside Priyanka. She will also star with Alia Bhatt and Katrina Kaif in Farhan Akhtar’s Jee Le Zaraa.