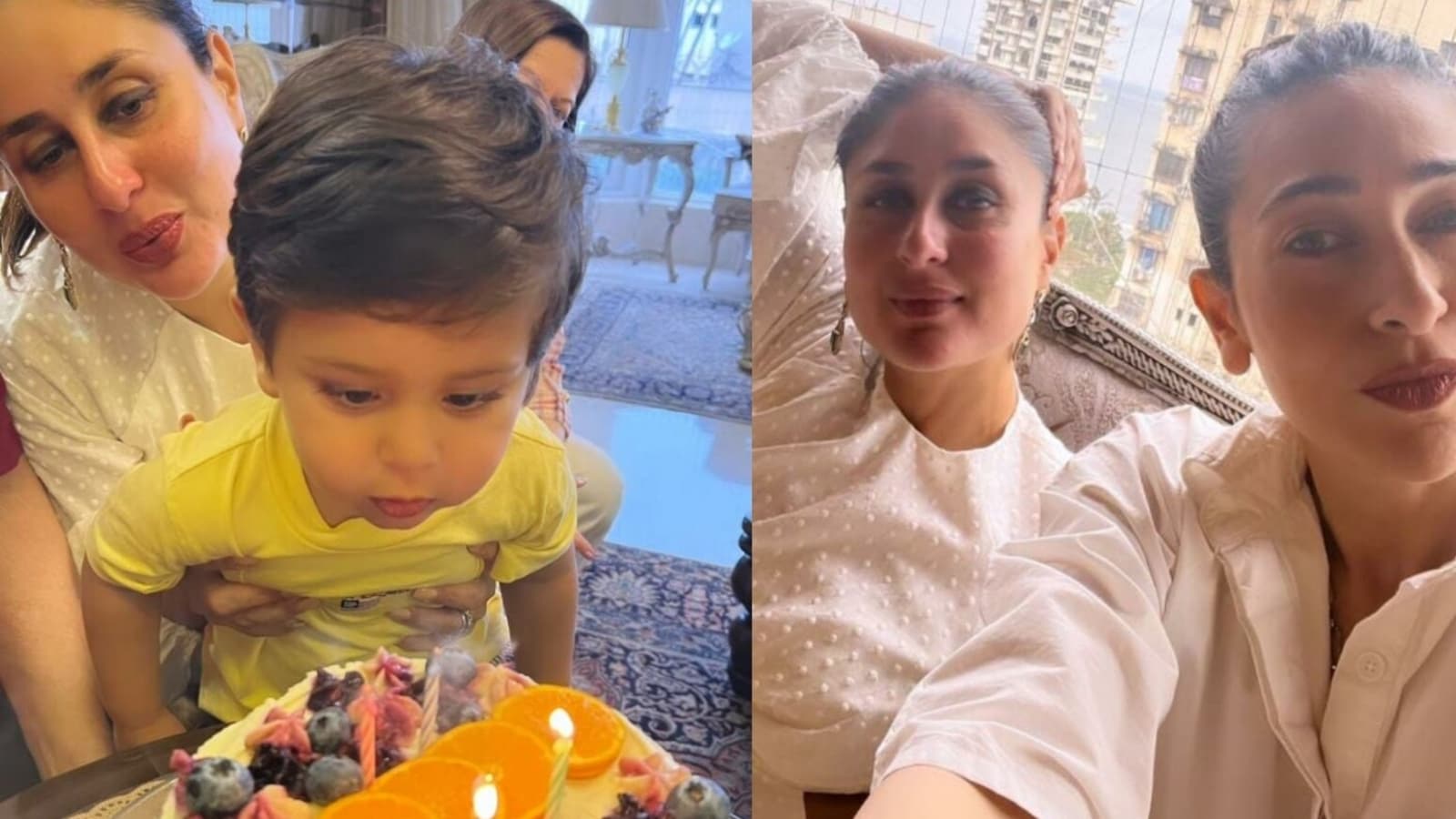 Actor Kareena Kapoor Khan is celebrating her 42nd birthday with her family at her father Randhir Kapoor’s house in Mumbai. On Wednesday afternoon, she was snapped arriving at the venue with Saif Ali Khan. Shortly after, Karisma Kapoor, too, joined them at the celebrations. Also read: Neetu Kapoor, Riddhima wish ‘darling’ Kareena Kapoor

Taking to Instagram Stories, Karisma Kapoor shared inside glimpses from the family affair. She posted a photo from the cake cutting ceremony where Kareena is seen holding her younger son Jehangir Ali Khan who is blowing out the candles. He appears to be mesmerised by the fruit cake. The post read, “Birthday wishes.”

In another picture, Kareena and Karisma came together for selfie. Both of them wore white outfits as they struck a pose during the get-together. Sharing the picture, Karisma wrote, “And the twinning continues.”

Meanwhile, birthday wishes for Kareena Kapoor continue to pour in from fans on the internet. Earlier in the day, Neetu Kapoor shared a selfie with Kareena on Instagram Stories and wrote, “Happy birthday beautiful inside out @kareenakpoorkhan.” Kareena’s cousin Riddhima Kapoor Sahni, shared a photo from their recent trip to London. It read, “Happy happiest bday (birthday) darling Bebo (Kareena). The photo featured her with Kareena and their aunt Reema Jain.

Saif Ali Khan and his ex-wife Amrita Singh’s daughter Sara Ali Khan also wished Kareena on social media. She shared a throwback picture of the family with Jeh. “Happiest Birthday Kareena Kapoor. Wishing you all the love, luck, laughter, happiness and cake today. Hope you have the best year ahead.” Replying to Sara’s post, Kareena added heart emojis and shared it on her Instagram stories along with other greetings.

Kareena was last seen in Aamir Khan’s Laal Singh Chaddha. She will be next seen in her maiden OTT project, Sujoy Ghosh’s film, an adaptation of The Devotion of Suspect X, for Netflix. It marks her OTT debut alongside Vijay Varma and Jaideep Ahlawat. Besides this, Kareena also has an untitled film directed by Rajesh Krishnan, and a film produced by Rhea Kapoor.