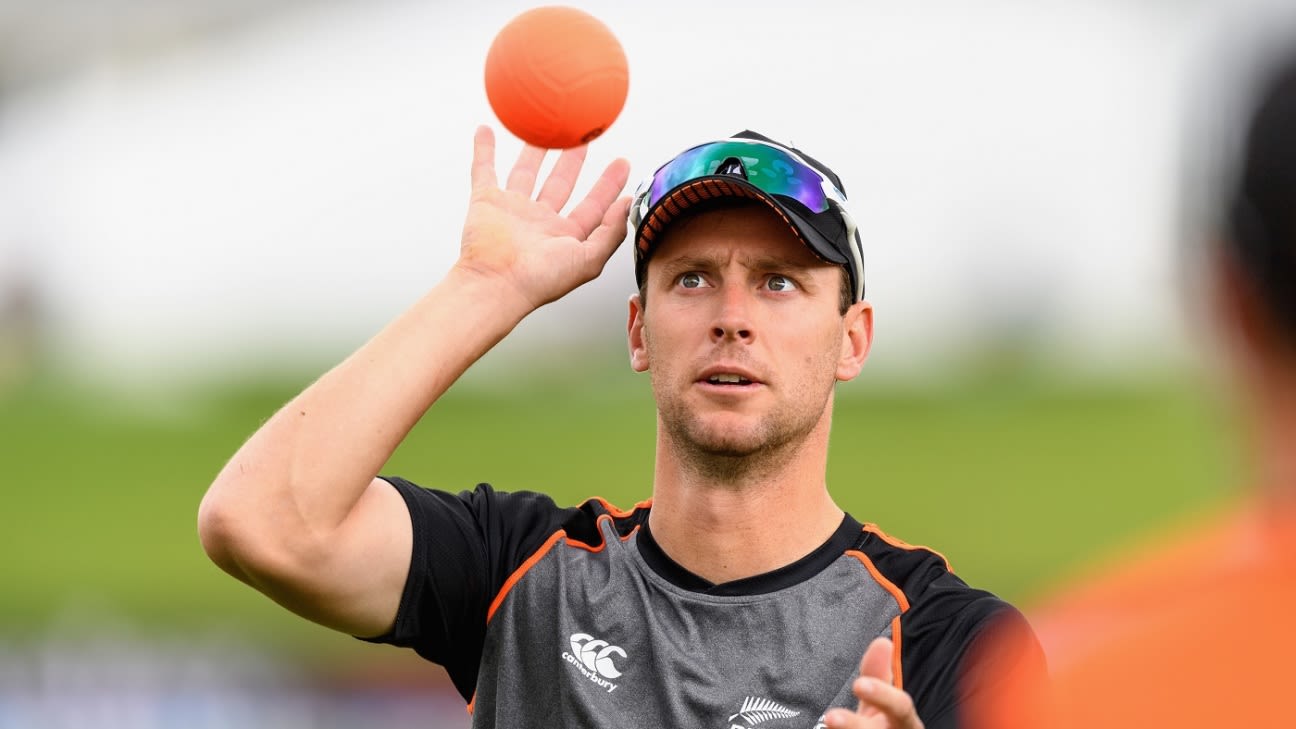 New Zealand fast bowler Matt Henry has been sidelined from the upcoming ODIs in Pakistan and India with an abdominal strain. He will return home with the other members of the Test squad who are not in the white-ball mix. New Zealand are yet to name a replacement for Henry.
Henry’s absence could potentially open up a spot for uncapped bowling allrounder Henry Shipley who has been in excellent form in domestic cricket over the past two years for Canterbury.

“It has been tough playing ten days essentially out of the last 12 [in Karachi] and that being full days with no weather breaks,” head coach Gary Stead said. “So when you’ve been in the field for eight sessions in each Test match, I guess there is natural wear and tear on players.”

Henry joins Kyle Jamieson and Adam Milne on the sidelines. Earlier this week, Milne had been withdrawn from the squad for the ODI series in both Pakistan and India. Stead revealed that Milne is nursing a side issue and isn’t ready for international cricket.

“He has a little bit of a side issue and for Adam it’s about finding confidence in himself that he can let go fully and that’s what we are trying to help him with,” Stead said. “He just doesn’t feel that he’s ready for international cricket at this stage and we agree with him.”

‘Boult out of the picture for England Tests’ – Stead

Stead reckoned that Trent Boult will not be part of New Zealand squad for the two-match Test series against England in February. Boult had turned down his New Zealand central contract in August last year, but turned out for the national side in the T20 World Cup. He has not played for New Zealand since that tournament, but has been active in franchise T20 cricket, featuring for Melbourne Stars in the BBL. Boult will now leave the BBL to link up with MI Emirates for the inaugural ILT20 league, which will run from January 13 to February 12. The Mount Maunganui Test is scheduled to begin on February 16, four days after the end of the ILT20.

“No, I wouldn’t have thought so,” Stead said. “I mean Trent and I have had discussions and I think his return from the UAE would only be a day or two immediately prior to that [start of England Tests]. I think from a workload perspective that’s out of the picture.”

Jamieson set to return to action in Super Smash

Jamieson, who has not played competitive cricket since the Trent Bridge Test in June last year because of a back injury, is set to return to action in the Super Smash. According to Stead, Jamieson is likely to play for Auckland “within about a week or so”. His availability for the Test series against England is still unclear, and Stead insisted that the team management is against rushing him back into action.

“We’ll make a decision a little bit closer to the time around the England test series whether that is maybe a step too far, or whether it is the right time for him to play again,” Stead said. “So, he’s been out of cricket for a long time now and I think it would be silly to push too quickly and set him back again with the long-term plan of what’s ahead of us.”

Despite being out in the cold, Jamieson earned an IPL contract worth INR 1 crore with Chennai Super Kings, with head coach Stephen Fleming hopeful of Jamieson being fit for the league. Jamieson had pulled out of the IPL 2022 auction to spend more time at home amid the Covid-19 pandemic and work on his all-format game.
Test wicketkeeper Tom Blundell has also joined the injury list, having suffered a left adductor strain. In his absence, it was Tom Latham who kept wicket on the final day of the second Test against Pakistan, which ended in a thrilling draw. Blundell is expected to be available for the start of New Zealand’s home Test series against England, but will be out of action for Wellington Firebirds in the ongoing Super Smash for two to four weeks.

“We expect it [Blundell’s injury] to be anything between two to four weeks in terms of as full return to play but we’ve hopeful the way he has progressed in the last day or so it will be on the shorter side of that period of time,” Stead said.