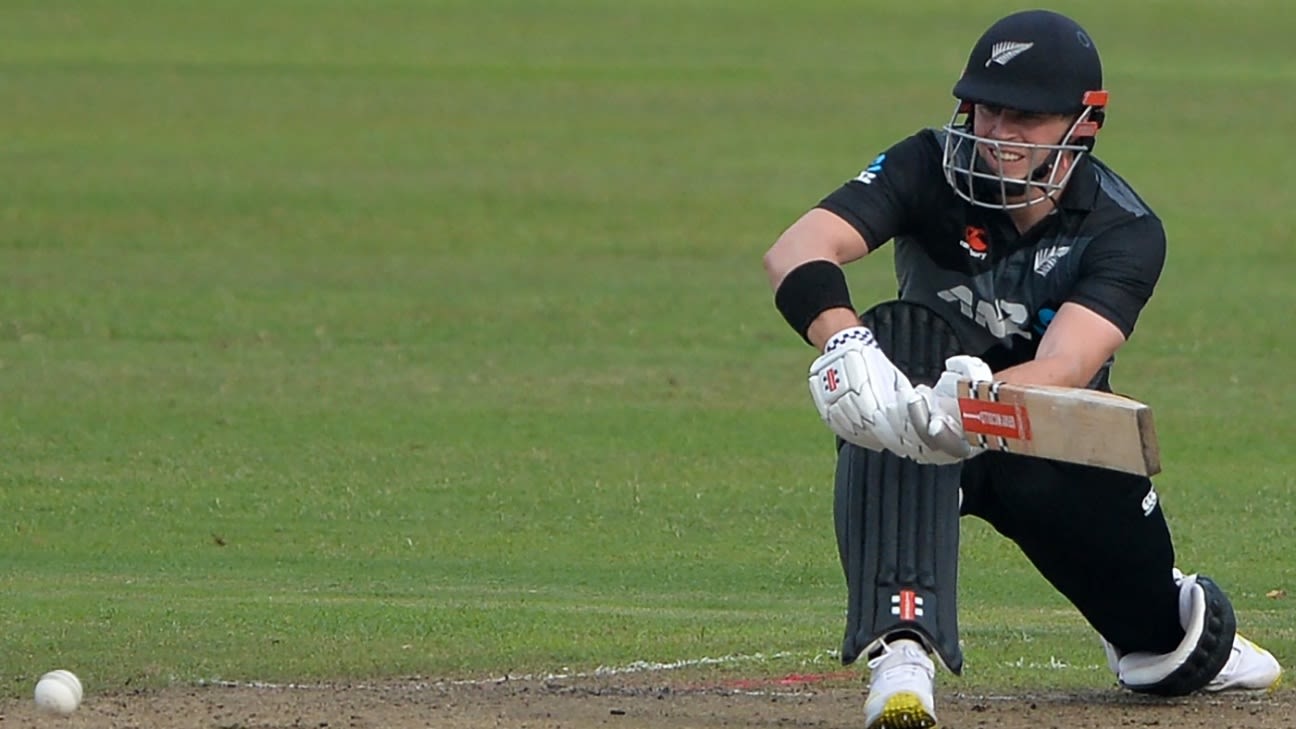 “If you’re able to stick in there, then it is actually tough for them as well,” Nicholls says about the tough Dhaka tracks

In the T20I series opener, New Zealand combusted to 60 all out – their joint-lowest total in the format. In the second match, they came within one hit of toppling Bangladesh. Then, in the third, which was played on the same pitch that was rolled out for the first fixture, New Zealand overcame a middle-order meltdown to put up 128 for 5, which proved 52 too many for Bangladesh. Henry Nicholls, who was at the heart of New Zealand’s recovery on Sunday, was particularly impressed with the improvement shown by an inexperienced side.

“Yeah, it’s great. From where we started in the first match and right through yesterday, the conditions have all varied in each game, which is a challenge in itself,” Nicholls said at a media interaction. “I think, as a group, we’re pretty inexperienced, and it’s been great to see guys learning on the job effectively.

“Tom [Latham], as captain, has been really clear with the guys and, I guess, knowing it is tough and also looking for us to find ways to make improvements and if we keep doing that each game, those results will come. So, it’s obviously nice to get that yesterday and I guess for the guys to really feel that to turn the tables on Bangladesh and put them under a little bit of pressure that it can be tough for them as well.”

Nicholls said that New Zealand’s strong comeback and ability to adapt fairly quickly to tricky conditions would also serve them well on the forthcoming tour of Pakistan, which begins a week after the end of the Bangladesh trip.

“Obviously, incredibly disappointing and a tough way to start [the tour]. When we look back now, we certainly reflect on how tough that wicket was,” Nicholls said. “Certainly, one of the toughest wickets I’ve ever played on in my career and I just think, as a group, we stuck together and we have a lot of trust in each other to know that we will make improvements and also just that if we do what we want to do and execute it in our way, then we were able to turn the tables a little bit on Bangladesh.

“And yesterday it showed that if you’re able to stick in there, then it is actually tough for them as well. Moving forward to Pakistan as well for this group, [it’s a] good lesson in terms of that – just sticking in and knowing that we do have the right skills and it’s just about adapting to the different situations.”

Nicholls had played just five T20Is before the Bangladesh tour, but the others around him are even less experienced, and he is being seen as a senior figure – along with Latham – on this tour. In the third T20I, Nicholls absorbed the pressure and saw New Zealand through to a competitive total by sharing an unbroken 66-run partnership for the sixth wicket with Tom Blundell.

“Yeah, certainly getting into this tour, that’s something I was excited about,” Nicholls said of the additional responsibility. “Being more of an experienced player and knowing the stuff on the park is important but touring in general – a lot of young guys are probably on their first overseas tour… So for me and the likes of Tom, as captain, and for the other experienced guys, just sharing that knowledge with them and really enjoying the role of taking a bit more responsibility.

“As I said, the cricket is important, but when you come to these parts of the world, you’re spending a lot of time at the hotel and a lot of time with each other, so you try to make sure that everyone is pretty level – good or bad – and knowing that there’s always another challenge on the horizon, that’s two days’ time for us.”

New Zealand have had skittish starts with the bat in each of the three T20Is, but Nicholls reckoned that the batting line-up would draw confidence from the way a fit-again Finn Allen got on top of the Bangladesh attack in the powerplay. Allen dashed out of the crease to the second ball he faced and belted Mahedi Hasan down the ground for four. In all, he cracked three fours in six balls, hitting the spinners out of the attack, before Mustafizur Rahman had him chipping a grippy offcutter to mid-on for 15 off ten.

“He obviously has an amazing skillset and he’s already been in environments like the IPL and in England [T20 Blast and the Hundred] as well, which only further enhances it for him. He’s certainly got that X-factor, which he can go from ball one. In these conditions, getting off to a flier gets you ahead in the game, which is massively important.”