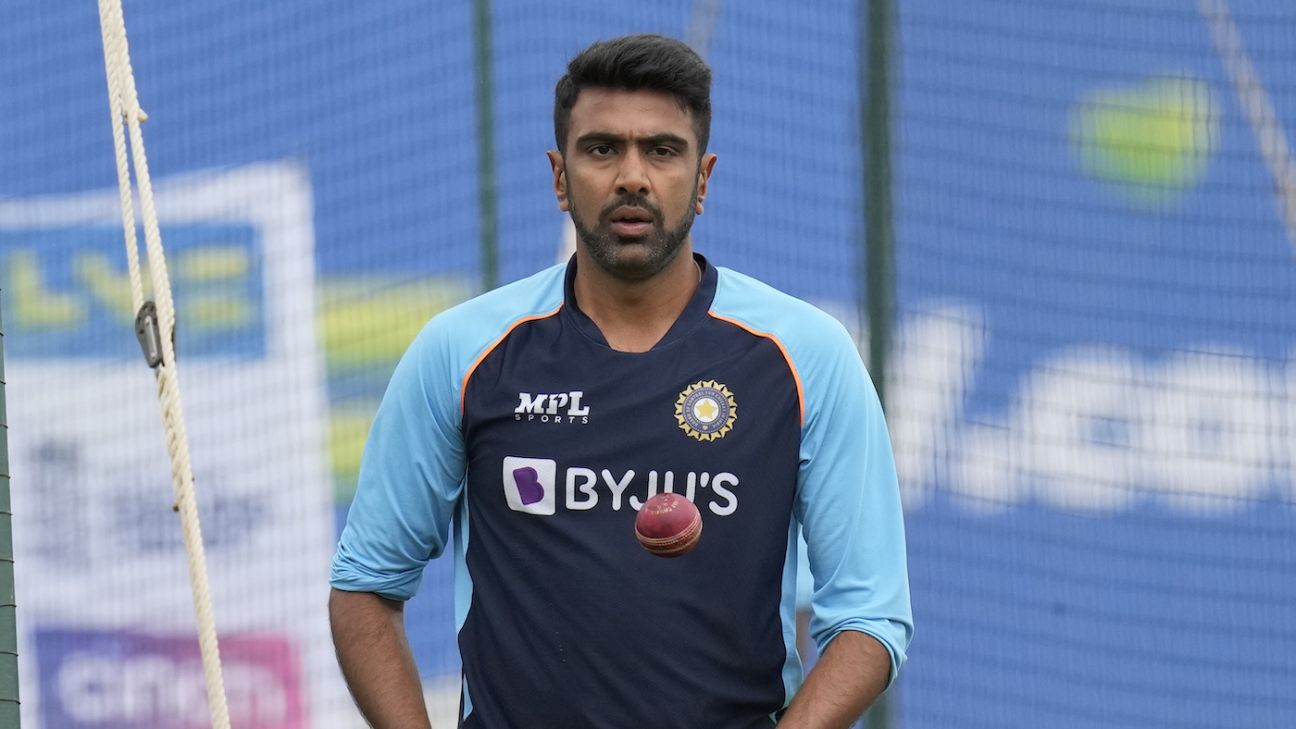 Four years after he fell out of favour from India’s T20I setup, R Ashwin has been handed a second chance. On Wednesday, he was named in India’s 15-member squad for the T20I World Cup in the UAE this October-November. Meanwhile, MS Dhoni has been named team mentor, and will work with closely with head coach Ravi Shastri and rest of the support staff to “provide support and direction,” according to BCCI secretary Jay Shah.
Among the notable absentees were Shikhar Dhawan, who captained India in their short limited-overs to Sri Lanka, and the wristspinning duo of Yuzvendra Chahal and Kuldeep Yadav. The selection committee headed by Chetan Sharma decided to pick mystery spinner Varun Chakravarthy and legspinner Rahul Chahar instead.
Suryakumar Yadav and Ishan Kishan, who made their T20I debuts during the home series against England, also found a place in the squad. Both of them have had great success as floaters for Mumbai Indians in the IPL, and were impressive on the tour of Sri Lanka too. Kishan has been picked keeping in mind that he can open the batting too, if needed.
Shreyas Iyer, who has just recovered from a shoulder injury, has been named as part of the reserves along with Shardul Thakur and Deepak Chahar. Iyer hasn’t played competitive cricket since March and has spent the last three months in rehabilitation at the National Cricket Academy following a shoulder surgery in the UK.
The Kohli-led squad has three frontline allrounders in Hardik Pandya, Ravindra Jadeja and Axar Patel, who got in ahead of fellow left-armer Krunal Pandya. Bhuvneshwar Kumar, Mohammed Shami and Jasprit Bumrah round off the pace attack. While Shami and Bumrah have been on tour in the UK since June, Bhuvneshwar, who has largely been seen as a white-ball specialist, was India vice-captain on the Sri Lanka tour last month, where he featured in all six limited-overs matches.

Washington Sundar, who has been key in India’s T20I setup, has been ruled out due to a finger injury that has also put him out of the second half of IPL 2021. Sundar’s injury may have paved way for Ashwin’s return to the T20I squad. Ashwin had an excellent IPL 2020, picking up 13 wickets in 15 games at an economy of 7.66 and leading Delhi Capitals’ charge to their first-ever final.

Meanwhile, Dhawan is believed to have been given a rest. Chief selector Sharma said he couldn’t reveal the reasons for not picking him but that he remains “an important player and will be back soon.”

The current squad doesn’t have a left-arm seamer, with the closest contender T Natarajan not picked owing to lack of recent competitive cricket. Natarajan, like Iyer, has been in rehab for a knee injury that ruled him out of the first half of IPL 2021. He is, however, likely to take the field for the second half which starts on September 19.

The selectors have until October 10, towards the back end of the IPL, to make any changes to India’s T20 World Cup squad. This means players on the fringes still have an opportunity to make a case for themselves if last-minute replacements are needed.