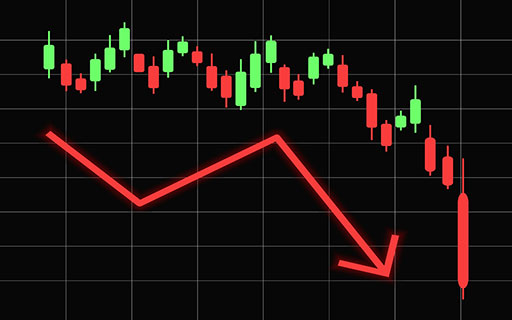 On Tuesday, Indian share markets continued their momentum throughout the session and ended higher.

Adani Enterprises, Divis Laboratories, and NTPC were among the top gainers.

Axis Bank, Eicher Motors, and Reliance, on the other hand, were among the top losers.

Barring banking sector, all sectoral indices ended in green with stocks in the power sector, healthcare sector, IT sector, and realty sector witnessing most buying.

• Select Segments of the Market Could Offer Massive Potential Upside

• Especially this One Niche Segment with 832% Growth Potential by 2030

Among the best pharma stocks, Divi’s Lab and Natco Pharma surged over 5% on Tuesday.

Gold prices for the latest contract on MCX were trading lower by 0.5% at Rs 50,322 per 10 at the time of Indian market closing hours on Tuesday.

Indian share markets are headed for a flat opening today following the trend on SGX Nifty.

If India is to become a 5 trillion-dollar economy by 2026-27, which sectors will lead the charge and outperform? After all, identifying a sector is one of the most profitable aspects of investing.

If identified correctly, it could be a huge opportunity for investors to have a first mover advantage. Watch the video below to know more about these sectors that will help India become a $5 trillion economy by 2027.

Bajaj Auto will be among the top buzzing stocks today.

Nykaa will also be in focus today.

The online fashion retailer Nykaa reported a 330% jump in second-quarter profits to Rs 52 m. The company reported a profit of Rs 10 m in the same quarter a year ago. The revenue of the company rose 39% YoY to Rs 12.3 bn from Rs 8.8 bn in the corresponding quarter of the fiscal year.

The stock witnessed a steep fall since the start of this month. Check out factors pushing Nykaa’s share price down.

FIIs Back in Action

According to information from NSDL, FIIs invested US$923 m in stocks between 20 October to 28 October. According to preliminary statistics from the National Stock Exchange, foreign investors purchased approximately Rs 41.7 bn worth of Indian stocks on 31 October 2022.

The markets were erratic in October. However, it began trading higher in the most recent trading sessions. The Sensex and Nifty were both down from 1 October to 13 October but started to rise after that.

Due to the ongoing underperformance of midcap and smallcap companies compared to blue-chip equities, investors were cautious due to weakness in the broader indices.

The BSE MidCap and SmallCap have only increased by 3% and 1.2%, respectively, since 13 October.

The Sensex and Nifty both saw gains during that time, rising more than 6% each in 11 of the 12 days. The Nifty reached the 18,000 level, only 1% behind its all-time high, while the Sensex crossed the crucial 61,000-point threshold.

Additionally, investors were upbeat following the US’s release of good Q3 GDP figures, which surprised the upside with a 2.6% growth, a steady dollar, and ongoing declines in US bond yields.

The drugmaker giant Sun Pharma, on Tuesday reported an over 11% rise in the consolidated net profit to Rs 22.6 bn. It was on the back of the higher sales in the domestic market. The company reported a net profit of Rs 20.5 bn a year ago.

The pharma company’s known products, such as revital vitamins and pain relief medicine Volini, witnessed a 14% rise in its total revenue from operations to Rs 109.5 bn from Rs 96.3 bn a quarter ago.

Furthermore, the company’s board of directors approved the appointment of Sanjay Asher as an Additional Director designated as an Independent Director of the Company.

The consolidated revenue from the operations grew by 32.8% to Rs 52.1 bn on the back of cargo volume growth.

Cargo volume was up 15% YoY to 86.6 MMT in the July-September quarter.

The Adani group company’s record cargo volumes in the first half of the current fiscal year to a 24% YoY increase in port EBITDA, while the logistics business’ EBITDA increased by 57% YoY.

The logistics segment’s margin growth kept up with a 470 bps YoY improvement thanks to improved asset utilization and an increasing proportion of the GPWIS revenue stream.

Dry freight (+18% increase) and containers (+5%) were the two factors driving the increase in cargo volume.

While Mundra’s growth rate was 7.5%, non-Mundra ports’ volumes increased at a rate of 14% year over year, accounting for 54% of the total cargo volume. Adani Logistics reported year-over-year growth in rail volume of 24% and terminal volume of 43%.

Adani Ports is the largest private sector port operator in India. It provides integrated services in the ports, logistics, and SEZ segments through a connected network of 12 ports across seven maritime states.

With the government of India taking initiatives to boost infrastructure in the country, Adani Ports is one of the stock benefiting from this trend.