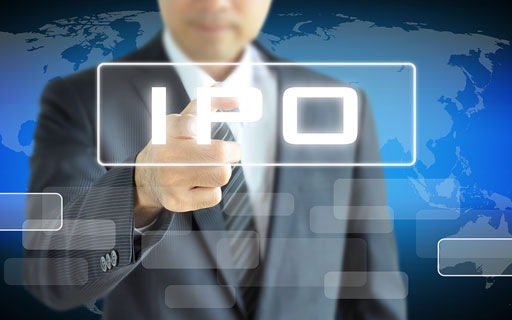 On Friday last week, Indian share markets continued their downtrend throughout the session and ended deep in the red.

Benchmark indices fell as all sectors came under pressure.

Higher than expected inflation numbers, a depreciating rupee and rate hike fears sent shivers for Indian investors as they indulged to panic selling.

IndusInd Bank, and Cipla were among the top gainers.

Tech Mahindra, Tata Consumer, and Infosys on the other hand, were among the top losers.

The broader markets ended on a negative note. The BSE Midcap was down 2.9% and the BSE SmallCap index ended lower by 2.4%.

All sectors ended on a negative note with stocks in the IT, realty, auto and energy sector witnessing most of the selling.

Register for Richa Agarwal’s Top 3 Stocks for 2022 MEGA Summit and discover details of 3 companies with the makings of a ‘Crorepati Stock’ you could consider owning in 2022.

Gold prices for the latest contract on MCX were trading down by 0.6% at Rs 49,312 per 10 grams, at the time of Indian market closing hours on Friday.

Indian share markets are headed for a positive opening today following the trend on SGX Nifty.

Zydus Lifesciences share price will be among the top buzzing stocks today.

The pharma company has received tentative approval from the USFDA for Sugammadex injection.

Tata Metaliks share price will also be in focus today.

Tata group company Tata Metaliks has announced the inauguration of Phase-I of its expansion project of the Ductile Iron (DI) pipe plant at Kharagpur.

The Rs 6-bn expansion project will take the company’s Ductile Iron Pipe plant capacity to over 4 lakh tonnes per annum in two phases.

The Adani group company has said its wholly-owned subsidiary HDC Bulk Terminal has signed a concession agreement with Syama Prasad Mookerjee Port Kolkata (SMPK) for the mechanization of a berth at Haldia Port.

Data released showed that Jio and Airtel lost 1 million active users each, reducing their base of such customers to 382 million and 356 million respectively in July.

Vodafone lost as many as 1.7 million such users, shrinking its active mobile users base to 217 million.

However, Jio retained its leadership in the active users market with a 37.7% share, while Airtel and Vi’s active user market shares were at 35.2% and 21.4% respectively in July.

Bharti Airtel, on the other hand, added more wired broadband users than Jio in July.

Maruti Suzuki is targeting Rs 200 bn worth exports from India in the next three years.

The company plans to leverage the global resources of the Japanese parent and its alliance partner, Toyota Motor, to increase its overseas shipments, which in the last fiscal year accounted for a little over 40% of the exports from India.

The export turnover approval limit of Rs 200 bn for fiscal 2025 indicates the shipments would be more than 350,000 units, considering an average Rs 5.5 lakh per vehicle. That would be nearly half India’s passenger vehicle exports projected for that year.

The company’s executive director Rahul Bharti did not specifically comment on the numbers, but said exports had been growing strongly and that the company expected the momentum to continue.

Bharti added that the shortage of semiconductors did not affect the company’s exports as the component for exports was sourced from a different vendor.

In the first quarter of financial year 2022-23, Maruti’s realisation per car on export was Rs 5.24 lakh, slightly lower than the Rs 5.40 lakh it made per vehicle on overall sales.

Export value was the highest ever for a quarter at Rs 36 bn, with it shipping 69,437 units.

Inflation numbers continue to dampen sentiment for gold. A higher-than-expected inflation data released this week in the US has led to expectations of an aggressive rate hike by the Federal Reserve

Gold price is falling for a long time now and experts are of the view that this could spur demand for gold in the coming months.

Rising physical demand during the festival season could lend support.

Also, with the rupee once again close to the 80 mark against the US dollar, experts say gold is unlikely to fall below Rs 48,000 per 10 grams.

If you are an investor in gold, looking for a return, the performance of gold in the last couple of years, could perhaps, be termed as disappointing.

Having said that, remember the role gold plays in your overall asset allocation. You buy stocks for good times, and gold for bad times. Think of gold not as something that will make you money. But like insurance.

Defence stocks are on a roll this year, with many defence companies delivering multibagger gains.

Last Friday, in an otherwise weak market, shares of defence and its related companies continued their upward movement.

Shipbuilding companies in particular, rallied up to 10%.

The prospects have improved after Russia’s invasion of Ukraine. The long-term picture here is there’s a massive opportunity in defence exports by the year 2030.

Before you invest in defence stocks, we highly recommend you check out the below video where Richa Agarwal talks about defence stocks and how their spendings have increased.

The IPO market is back from the dead as big companies are looking to take the primary route.

The company is seeking the valuation of Rs 55 bn. This consists of an offer for the sale of Rs 40 m equity shares by the promoters and existing investors.

The company has hired JM Morgan, IIFI, and Kotak Securities as the lead investment bankers.

This will be the largest IPO issues by a domestic drug manufacturer after Rs 64.8 bn IPO of Gland Pharma.

Note that Navi Technologies has also got regulator’s approval to float a Rs 33.5-bn IPO.

Since IPOs interest you, check out the companies lined up for their public offers on our upcoming IPOs section.