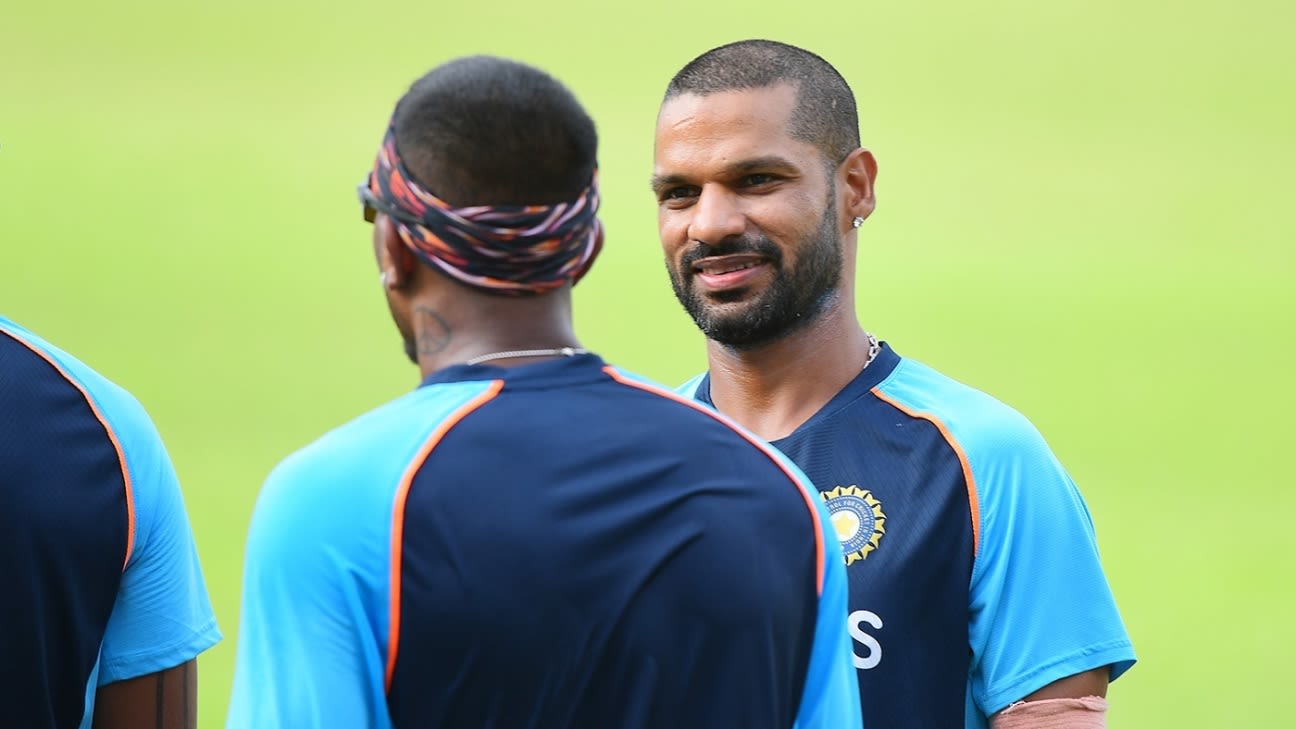 The home side have the advantage of game-time, but are coming into the series on the back of off-field turmoil

And now, some cricket.

Since last year, scheduling has become a challenge unlike any other period. It rubbed off on this series too, which was to begin much earlier this week, and the players will be relieved to take the field. None more so than the Sri Lankan players, who have not only had to deal with the pressure of bubbles and positive tests, but also the additional burden of off-field drama. Questions of player compensation, continuity, leadership, communication, administration – even the idea that the existence of this series is an insult – have combined to form a vicious dark cloud that will hang over their heads throughout the duration of India’s tour. Most of that will fade once they step onto the field, hopefully, and it is an escape Sri Lanka will be craving.

On the flipside is a team that will give them something else to think about. India’s second-string side is more experienced, more settled, and has names that are desperate to impress inside a system that has produced India’s deepest roster ever. There are many sub-plots waiting to be played out within this team – openers knocking on the first team’s door, wicketkeepers who are battling for backup spots, spinners looking to prove they aren’t done, and others eager to show they are capable beyond the IPL.

The one thing in Sri Lanka’s favour is recent game time, but India start as favourites.

Dasun Shanaka was a key figure during the contracts standoff in Sri Lanka; more precisely, he is believed to be among those players who precipitated the end of the standoff, by agreeing to sign the tour contracts to play against India. The man he replaces as captain, Kusal Perera, was at the opposite end of that standoff, and Shanaka’s emergence is understood to have created disunity in the team. That will make his new job as captain substantially harder, and there will be eyes on him.
It is no secret that the Indian management is desperate to make Prithvi Shaw a central figure across formats for the decade to come. Despite his prodigious talent and a bright start to his international career, Shaw’s time with India has been a wobbly series of ins and outs. With the relative calm and distance away from the main team, Shaw will be looking to capitalise on his recent form – remember, he made four centuries in eight Vijay Hazare Trophy matches this year – and use the certainty of a spot to erase some doubts.

With Kusal Perera out injured, the immediate hole Sri Lanka have to fill is in their opening slot. Minod Bhanuka is expected to fill in as wicketkeeper, and Bhanuka Rajapaksa is likely to slot in alongside Dhananjaya de Silva and Dasun Shanaka in the middle order. Fast bowler Kasun Rajitha is back in the squad after injury, and should make it to an XI that will likely have spinners of all varieties.

As had been the case since Hardik Pandya’s emergence as India’s foremost allrounder, the composition will depend largely on his ability to bowl. The word from within the camp is that he has been bowling, and with him as a third seaming option, India will be tempted to play three spinners. Bhuvneshwar Kumar will lead the attack and Yuzvendra Chahal is all but confirmed to play after being told he is the senior spinner on this tour.

The R Premadasa Stadium last hosted ODIs in 2019, and was a characteristically high scoring ground. That should stay as it is, at least for the first few games on this tour. The temperatures aren’t expected to get high, but the humidity will be prevalent and there is a reasonable chance of rain.

“These are talented youngsters, who’ve done well for their respective IPL teams. I don’t think they need much guidance. I talk to them if they need something. We never try to complicate things. We have Rahul Dravid [head coach] with us here and he’s guiding them well. Being a senior player, talking to them is not rocket science.”

Bhuvneshwar Kumar says there isn’t an air of this being an inexperienced Indian squad.

Varun Shetty is a sub-editor at ESPNcricinfo

Kohli: Challenge is ‘wanting to win in conditions which are not ours’