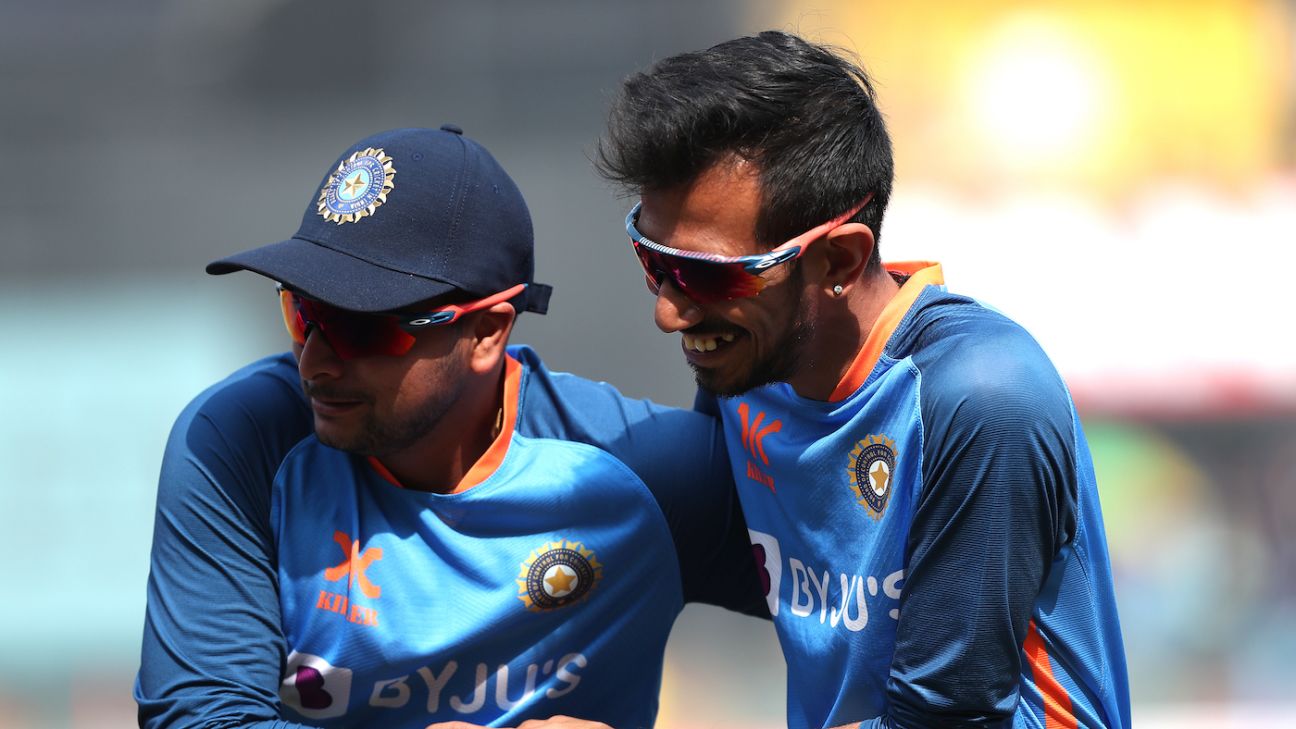 Rohit Sharma said he would have batted first anyway because defending on such a small ground will be difficult, and he said he wanted to put the team in tougher situations. Having decided they were going to bat first, India threw their spinners a big challenge as they picked three of them in their XI. India’s two in-form bowlers, Mohammed Siraj and Mohammed Shami, were rested for Umran Malik and Yuzvendra Chahal. It was only the third time since the 2019 World Cup that an Indian ODI XI featured both Chahal and Kuldeep Yadav.

India’s coach Rahul Dravid had hinted they might go easy on the fast bowlers who will be playing in the Test series against Australia in February.

India have won the series 2-0 already, but the ICC No. 1 ODI ranking is at stake in today’s game. New Zealand sat atop the table at the start of the series, but win will take India past England to No. 1.

Ravindra Jadeja ‘hadn’t felt the sun for about five months’