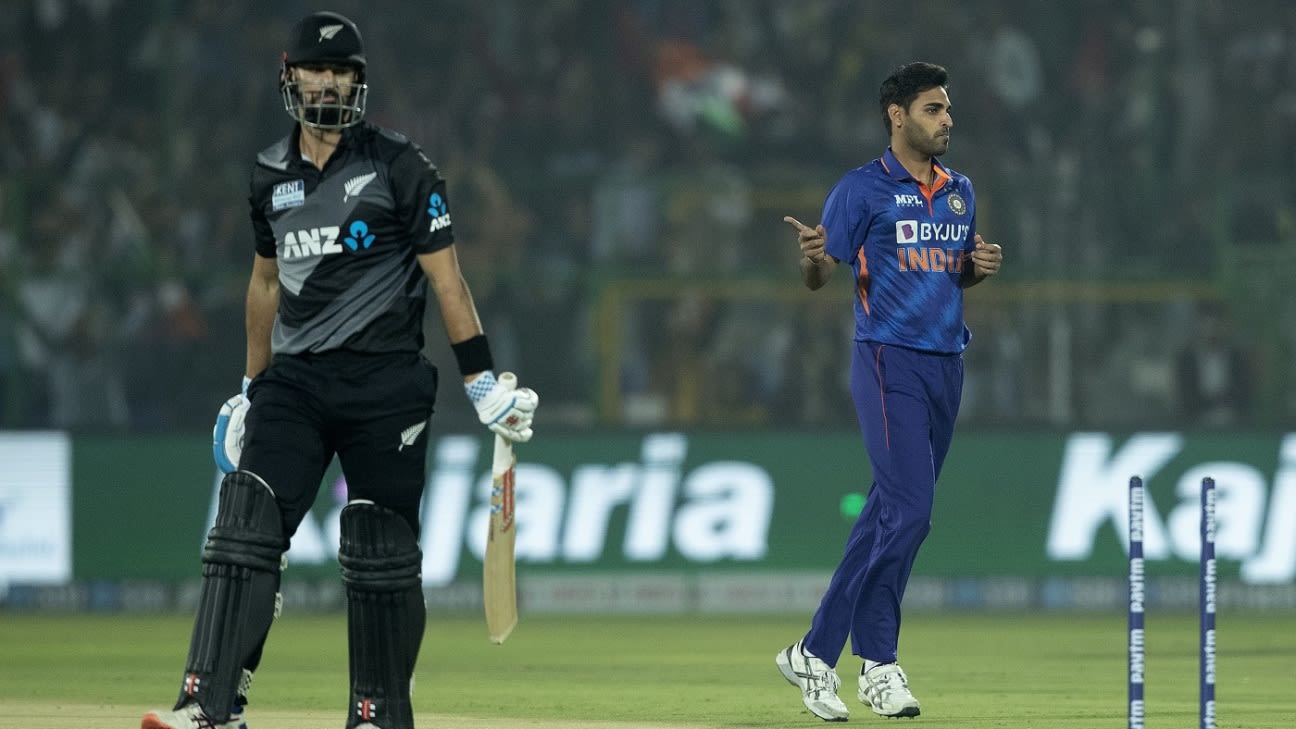 If his first two matches as full-time T20I captain are anything to go by, Rohit Sharma will significantly improve on his predecessor Virat Kohli’s record in one respect: winning tosses. India, who are 1-0 up in this three-match series, chose to bowl for the second time in two games under him, with dew expected later in the evening in Ranchi.

India made one forced change to their XI, with Mohammed Siraj having split the webbing on his left hand while stopping a ball off his own bowling during the first T20I in Jaipur. That paved the way for Harshal Patel, who got his call-up on the back of being the highest wicket-taker in IPL 2021, to make his international debut.

New Zealand made three changes to their XI from Jaipur, bringing back three first-choice players who had been rested following the T20 World Cup final. The fast bowler Adam Milne, the legspinner Ish Sodhi and the allrounder James Neesham are all back, replacing Lockie Ferguson, Todd Astle and Rachin Ravindra respectively.

Karthik Krishnaswamy is a senior sub-editor at ESPNcricinfo