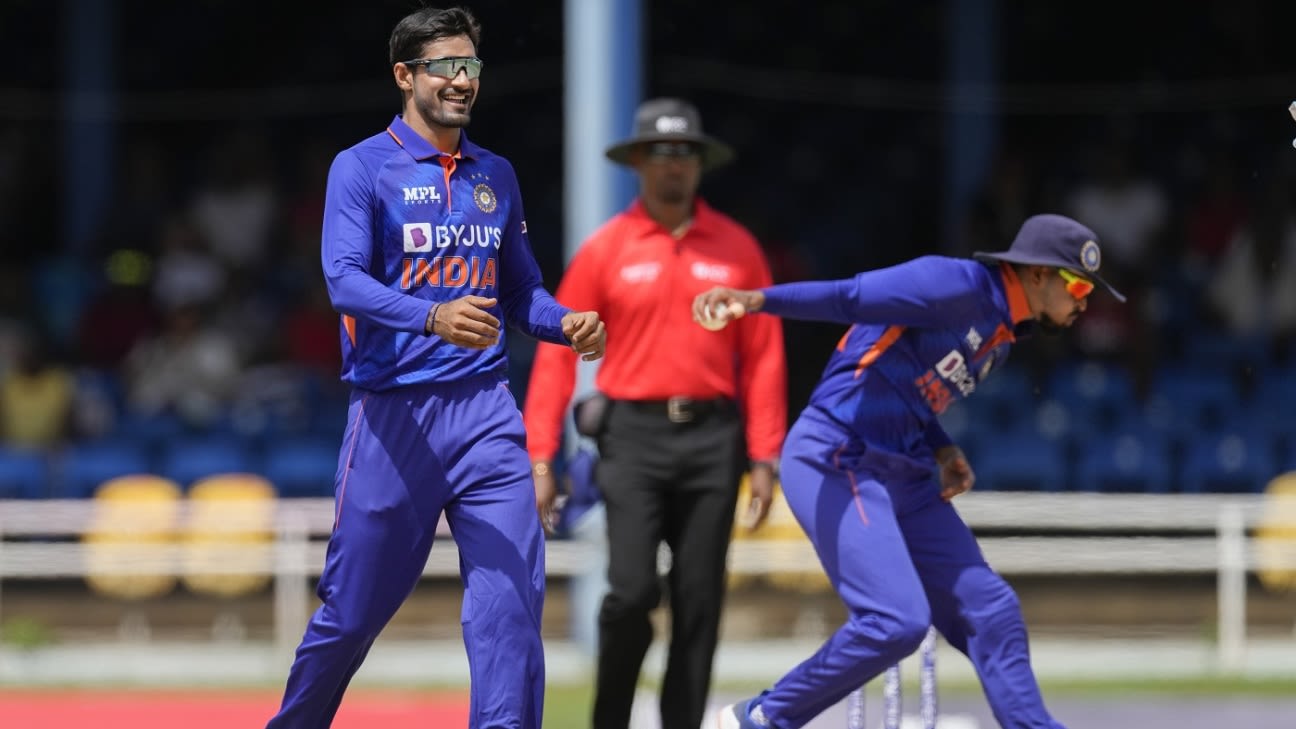 India asked West Indies to bat in the third T20I in Basseterre, on the pitch used for a low-scoring match in the first of the double-header in St Kitts. In the second game of the series on Monday, West Indies bowled India out for 138 to level the series, thanks to left-arm seamer Obed McCoy’s six-for.

Rohit Sharma said that while the left-arm quicks might have picked wickets against India of late, it was not particularly a weakness that was a matter of concern for them. Be that as it may, West Indies still went ahead and picked an extra left-arm quick in Dominic Drakes to replace Odean Smith.
India made one change too. They rested Ravindra Jadeja, who made way for Deepak Hooda, who might be called on to bowl and form the fifth-bowler combination along with Hardik Pandya. There was no confirmation at the toss if India would go on opening with Suryakumar Yadav or if Rishabh Pant will be tried at the top of the order.
The match starts an hour and a half later than its scheduled time as a knock-on effect of the second T20I being pushed back because of a delay in the arrival of the teams’ luggage. With these two matches scheduled on consecutive days, it would have been quite challenging to start this match as per the original schedule.