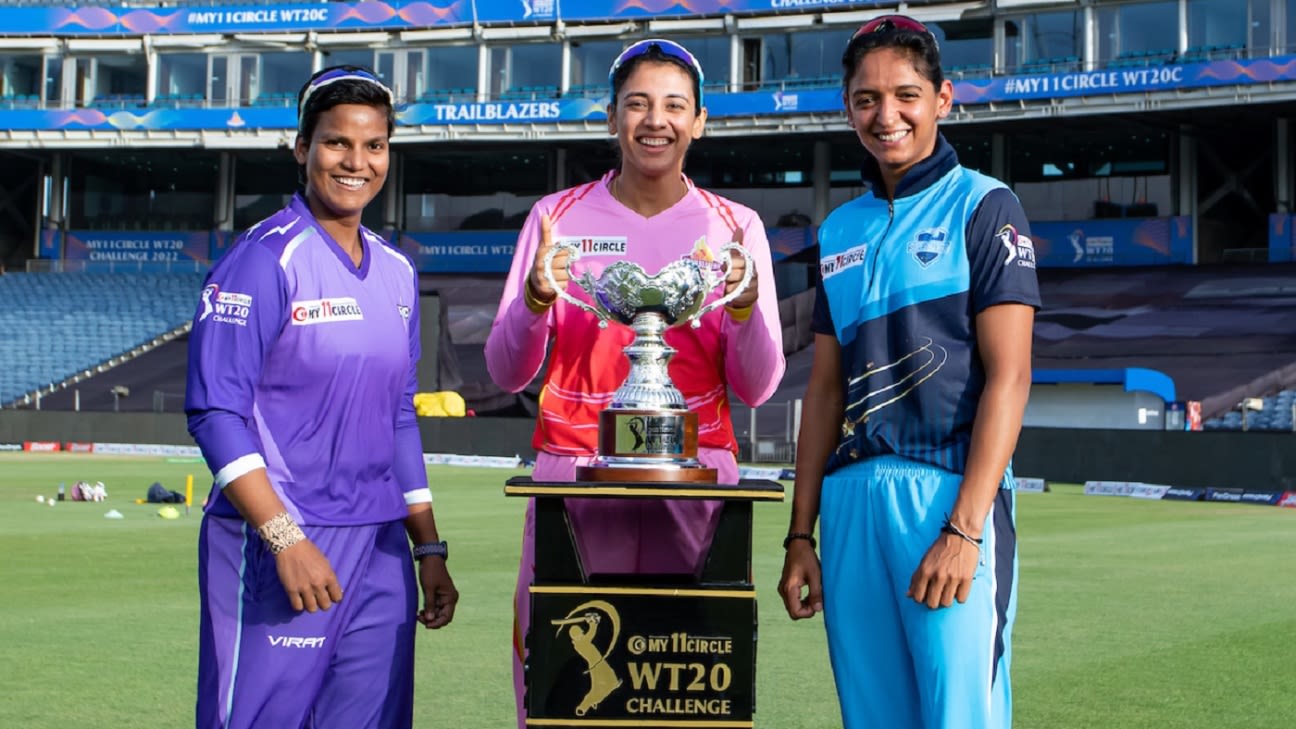 The BCCI-organised T20 franchise competition for women, on the lines of the IPL, is likely to be called the Women’s T20 League and the five teams – the applications for which have been invited – will be formed via a player auction that will be held in February.

The deadline for Indian players to register for the auction is at or before 5pm IST on January 26. The competition will replace the Women’s T20 Challenge, which was a two-team one-off game in 2018 before expanding to a three-team exhibition tournament in 2019 and saw two more editions in 2020 and 2022.

In the document titled ‘Guidance note for Indian players’ shared by the board with the Indian players, a copy of which was accessed by ESPNcricinfo, the base price – termed ‘reserve price’ – for the capped Indian players is set at INR 30 lakh, INR 40 lakh and INR 50 lakh and that for the uncapped players is at INR 10 lakh and INR 20 lakh. The players are expected to register for the Women’s T20 League with their respective State Associations directly and not via agents or managers.

In February last year, then BCCI president Sourav Ganguly had said that the Women’s IPL would get off the ground in 2023. In August, the BCCI zeroed in on a window for March. Subsequently, the BCCI advanced the women’s domestic calendar, which generally runs from November to April, to accommodate the franchise tournament.

Ever since the formal announcement was made about starting the WIPL, a number of men’s IPL teams have been sending out talent scouts to identify players they can potentially sign for the women’s tournament should they be awarded the rights to own a franchise. Rajasthan Royals, Mumbai Indians, Kolkata Knight Riders, Royal Challengers Bangalore and Punjab Kings are all believed to be interested in owning a team in the competition.

Calls for the Women’s IPL to kick off have been gaining steam since India’s runners-up finish at the ODI World Cup in 2017. When they reached the finals of the T20 World Cup in Australia in 2020, it gained further momentum before Covid-19 stalled women’s cricket, and the sport in general.

Last month, the BCCI had invited bids for media rights from 2023-27 for the proposed five-team tournament.

Shafali ‘not going to be satisfied’, sets sights on senior World Cup