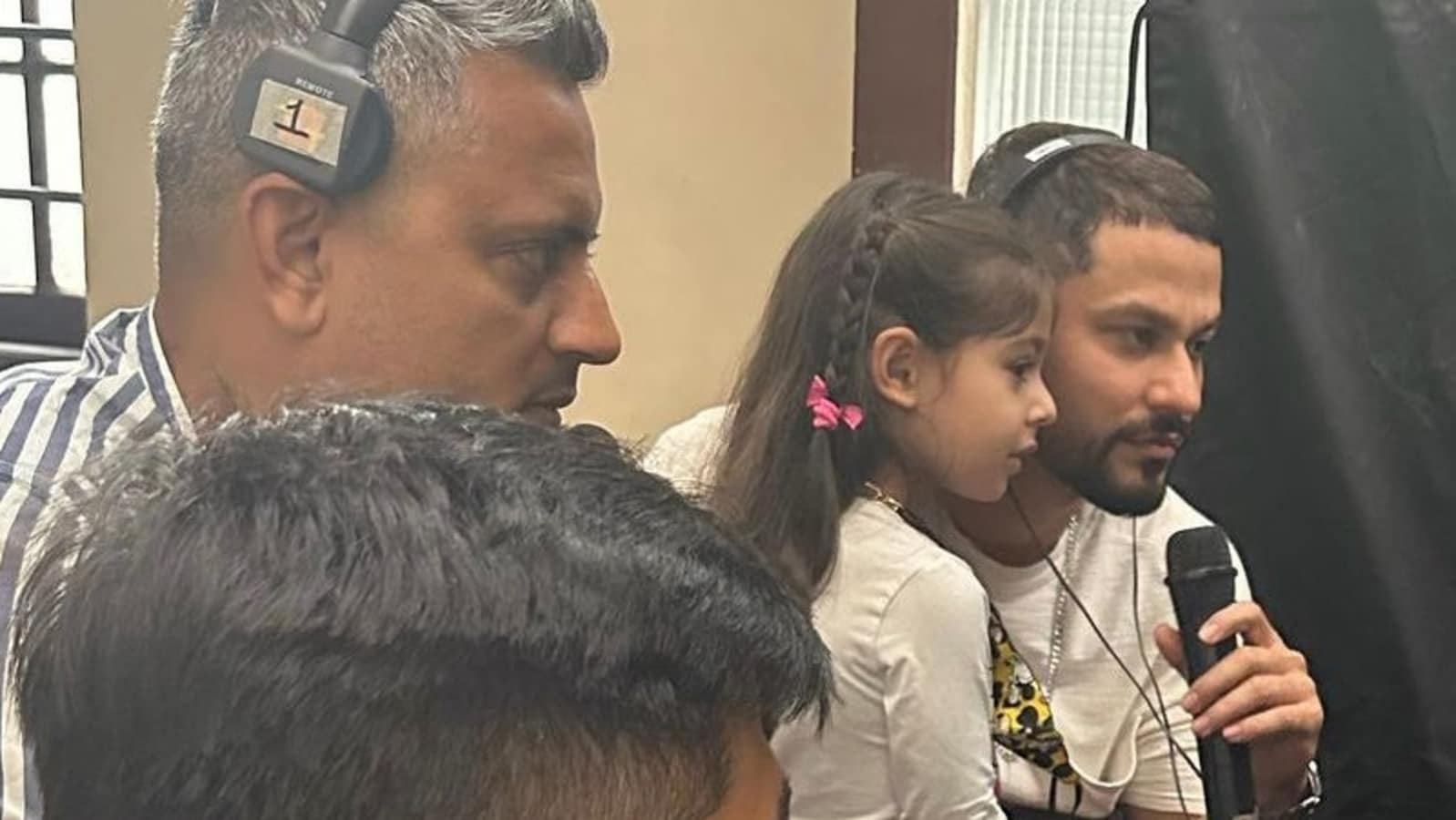 Soha shared several pictures from the shoot on Instagram. In one of the pictures, Inaaya sat on Kunal’s lap. Kunal Kemmu held mic and wore headphones while staring into the monitor in front of him. Soha posted two other pictures of father-daughter duo from the sets. In one of them, Inaaya fixed her dad’s headphones. In another picture, Kunal looked at his daughter as she sat on his lap.

Soha also shared a drawing made by her daughter. Inaaya drew an image of a boy wearing a pink shirt and blue pants and along with film video camera on the paper and wrote, “Dear Pupu, Good Lac for being a directr. Be a grate directr, I lav too, lav Inni ( Dear Papa, Good luck for being a director, be a great director, I love you, love Inaaya).”

Sharing the pictures on Instagram, Soha wrote, “I have enjoyed being one of the few people who have heard your stories, marvelled at your creativity, laughed and cried often together because of something you said – and now it is time for you to share one of those stories with the world. I am so proud of you and so excited for them. You were probably not much older than Inaaya is now when you acted in your first film – it was only fitting she call action for your first shot on your first day as director. Good luck with the film @kunalkemmu You got this. @excelmovies #madgaonexpress.” Kunal Kemmu dropped a heart emoji on the post. Soha’s sister Saba Ali Khan wrote, “All the best @kunalkemmu (red heart emoji).”

Kunal started his career as a child artiste in the 90s and even won a National Award for his performance in the 1997 film Zakhm. He turned lead actor with the 2005 film Kalyug. He was last seen in the third season his poular web series Abhay, which released earlier this year

Soha and Kunal welcomed their daughter Inaaya in September 2017.