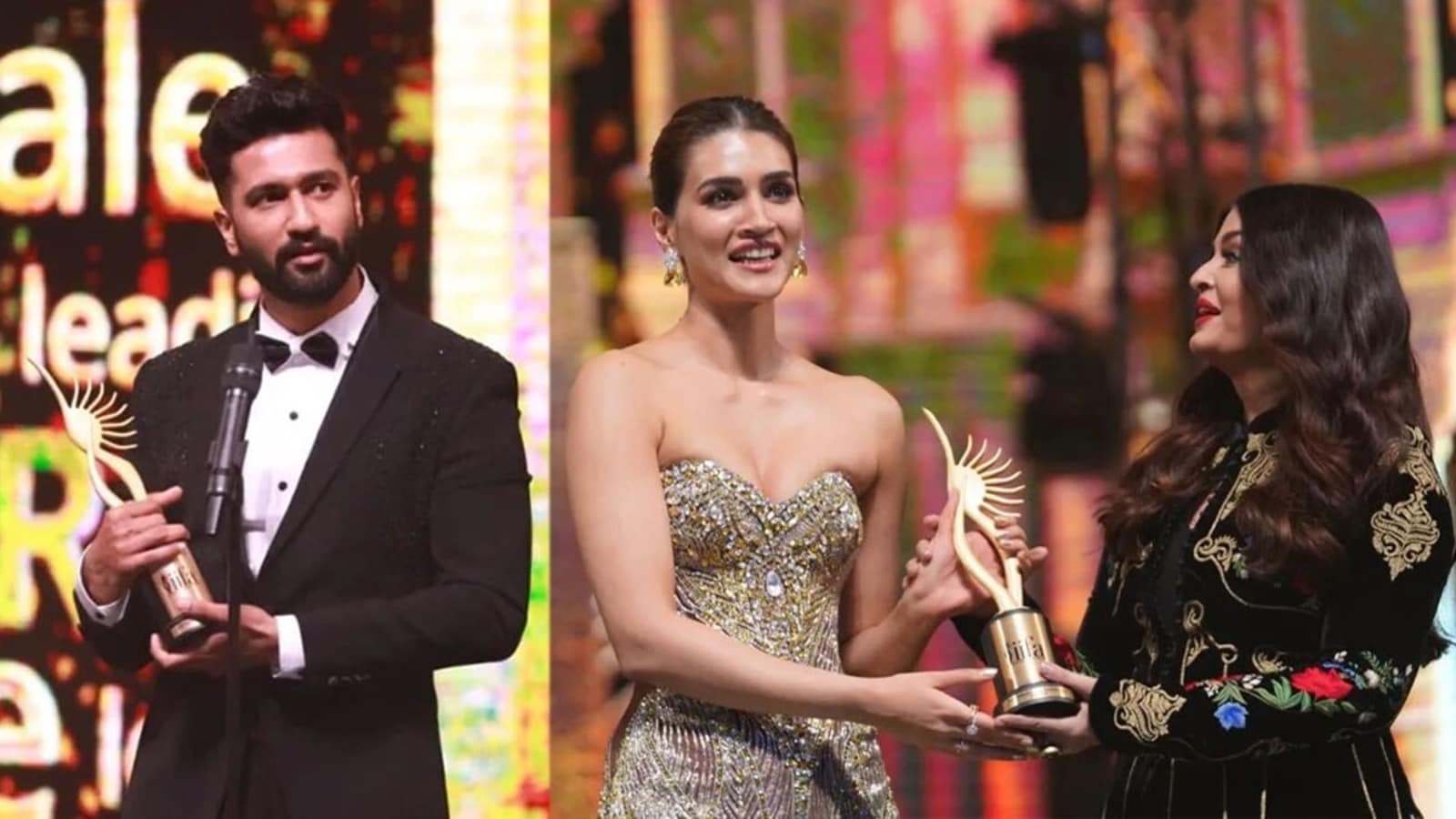 The International Indian Film Academy (IIFA) awards held at Yas Island in Abu Dhabi on Saturday saw a starry gathering of Bollywood celebraties who flew to the UAE for the awards night. Sidharth Malhotra’s Shershaah dominated the awards this year, with the film winning in as many as five categories. Sardar Udham, Mimi and Ludo won in two categories each. Also read: Salman Khan, Abhishek Bachchan spotted together at IIFA Awards, fans call it ‘picture of the year’. See here

Vicky and Kriti Sanon walked the green carpet and collected their Best Actor (male) and (female) awards, respectively. Vicky even shared a picture of him holding the trophy close to his heart along with a note on Instagram. Kriti received her trophy from Aishwarya Rai. Shershaah actors Sidharth Malhotra and Kiara Advani, however, did not attend the event.

Here’s the complete winners list of IIFA awards this year: