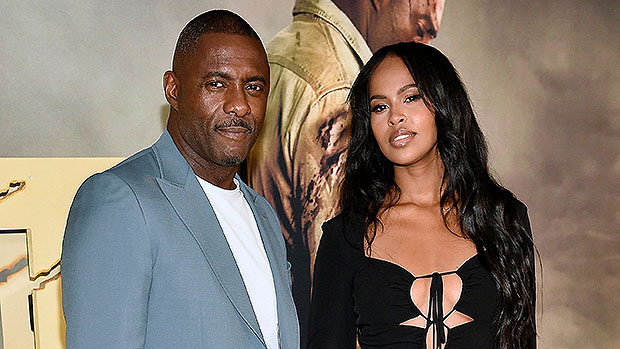 Even screen icon Idris Elba has awkward sexual encounters! The Beast star, 49, opened up about a shower-sex-gone wrong incident with his gorgeous wife Sabrina Dhowre, 34. The actor told Men’s Journal in a recent interview that a bat invaded their intimate moment, which occurred while he was in South Africa shooting his latest film — and Sabrina hasn’t let him live it down.

Per the Daily Mail, Idris told Men’s Journal that he’s “horrified” by bats, and broke down the incident.  “I was shooting in Limpopo,” he told the outlet. “My wife was there and we were going to have some fun in the shower. Some morning romance, you know? She got in, then I followed her and closed the door. But then I looked down and clinging for life to the inside shower door handle was this bat. A tiny, wet bat.”

According to Idris, that alone was enough to make him lose his cool and put a stop to their intimate moment.  “I hate bats,” he continued. “It was freaky as f***. I jumped out of the shower so fast. My wife makes fun of me about it to this day — ‘You left me in the shower with a bat!’”

Idris and Sabrina, who is a professional model and former Miss Vancouver, met in 2017 at a Vancouver jazz bar in 2017. He was filming The Mountain Between Us alongside Kate Winslet at the time. “Falling in love while making a movie about falling in love is pretty special,” the actor told Jess Cagle per PEOPLE. They married in 2019 in a dreamy ceremony in Morocco.

Idris, who is a father to daughter, Isan Elba, 20, and son, Winston Elba, 8, with past partners, previously told the publication that he and Sabrina “have good chemistry.” “She makes me laugh and we share common goals,” he told PEOPLE. “She makes me happy. She makes me celebrate my successes and when I’m not too sure about stuff, she makes me think.”

Idris Elba’s Wife: Everything To Know About Sabrina Dhowre & His Previous 2 Marriages