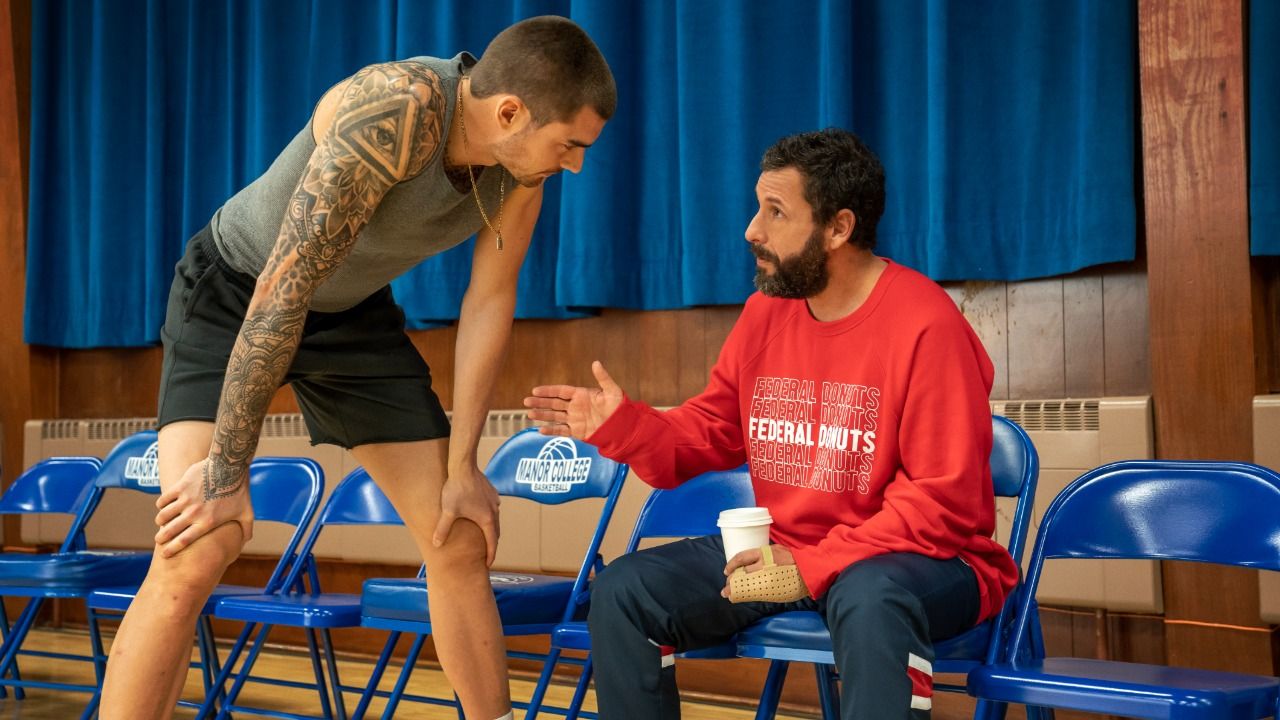 Netflix has unveiled an official trailer for Hustle, the basketball movie starring Adam Sandler. The latest in a long line of films that have resulted from a partnership between the veteran comedic actor and the streamer, Hustle imagines Sandler as a basketball coach in a story that’s more on the dramatic side. Hustle will be released on June 8, and before then, you can watch the new trailer below.

Stanley Sugerman’s (Adam Sandler) love for basketball is unparalleled, but the travel weary Philadelphia 76ers scout who has higher ambitions of being a coach remains stuck on the road looking for the next unknown talent. His search around the world leads him to Spain, when he discovers Bo Cruz (NBA player Juancho Hernangómez), an incredible streetball player with a troubled past. Stanley and Bo connect on and off the court, with their passion for the game and as loving family men who want to prove they can win, in basketball and in life. With the support of Stanley’s wife, Teresa (Queen Latifah), can the underdogs come out on top?

Related: Murder Mystery 2: Plot, Cast, and Everything Else We Know

Adam Sandler recently spoke about why he did the film in a new interview with Entertainment Weekly. Sandler felt that the scenes resonated with him very well, as he related to the feeling of getting overlooked, as do lots of people. The actor also likes the idea of playing the mentor role, which is something similar to Burgess Meredith’s Mickey in the original Rocky movies, and it was overall a very appealing role for Sandler.

“It had a lot of deep scenes that connected with me, playing a guy who’s just been working hard his whole life and not getting exactly what his goal was, being overlooked and people at work getting in his way. A lot of people have dealt with this in their life. I knew this movie was a different feel for me, but it’s kind of a combination of stuff I’ve done in the past and a newer version of who I am… It’s very much a Rocky story and I’m not Mickey in it — there’s never gonna be another Mickey — but I like being that kind of guy, getting to talk to a young man and getting him fired up.”

Hustle will start streaming on Netflix on June 8, 2022.