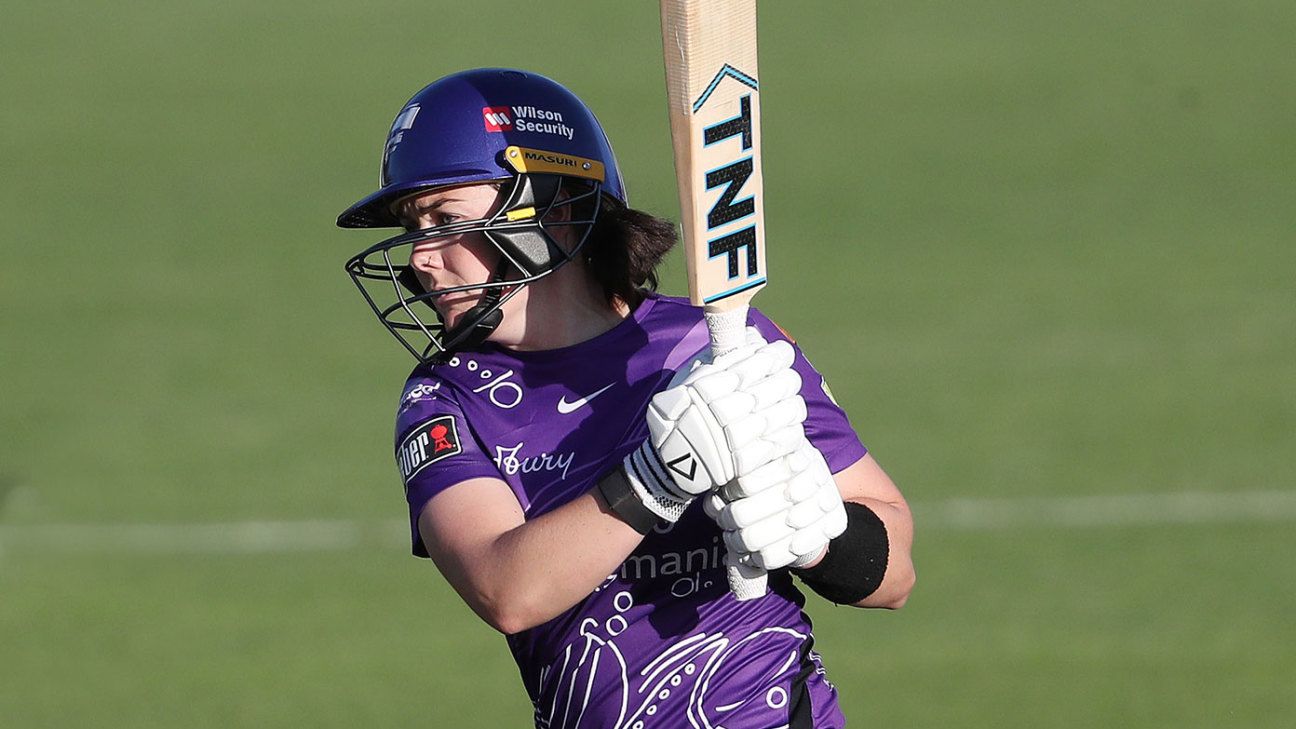 Heather Graham‘s maiden WBBL half-century has helped Hobart Hurricanes climb into the competition’s top four with a 23-run win over a scrappy Adelaide Strikers.
After Graham’s even 50 helped Hobart to 4 for 152, Nicola Carey became Hurricanes’ all-time leading wicket-taker as her 2 for 24 kept the Strikers to 4 for 129.

The result marked Hurricanes’ first win over the Strikers since the opening weeks of the inaugural WBBL competition seven years ago, and has significant ramifications for this year’s tournament.

After not playing finals since 2016-17, Hurricanes are now above defending champions Perth and into fourth with a game in hand on most teams in front of them.

Strikers are still ahead of them in third with four games to play, but could have leapfrogged Brisbane Heat and Sydney Sixers into first with a win on Friday night at Karen Rolton Oval.

And the Strikers largely had their fielding to blame. They dropped Elyse Villani on zero, Carey on 10 and Graham on 20. Combined, they added an extra 91 to their scores with Villani hitting 47 up top and Carey finishing unbeaten on 24.

In comparison, the Hurricanes caught brilliantly when it mattered before Villani spilled a couple of late chances.

Graham took a nice running catch on the boundary to remove Deandra Dottin for 15 off Carey, while Amy Smith pouched Tahlia McGrath (27) coming forward and low to the ground just as the allrounder looked to get going.

That left Laura Wolvaardt to take control of the chase, but when Strano darted in one wide outside off to have her stumped for 45, the game was essentially done.

Elsewhere, Brisbane Heat have lost the competition’s leading run-scorer Georgia Redmayne to a hamstring injury for their clash with Hurricanes on Saturday.

Heat coaching staff are confident she will return before the finals in a little over a week, with Redmayne enhancing her hopes of an Australian call-up with 333 runs at 41.62 in the tournament.