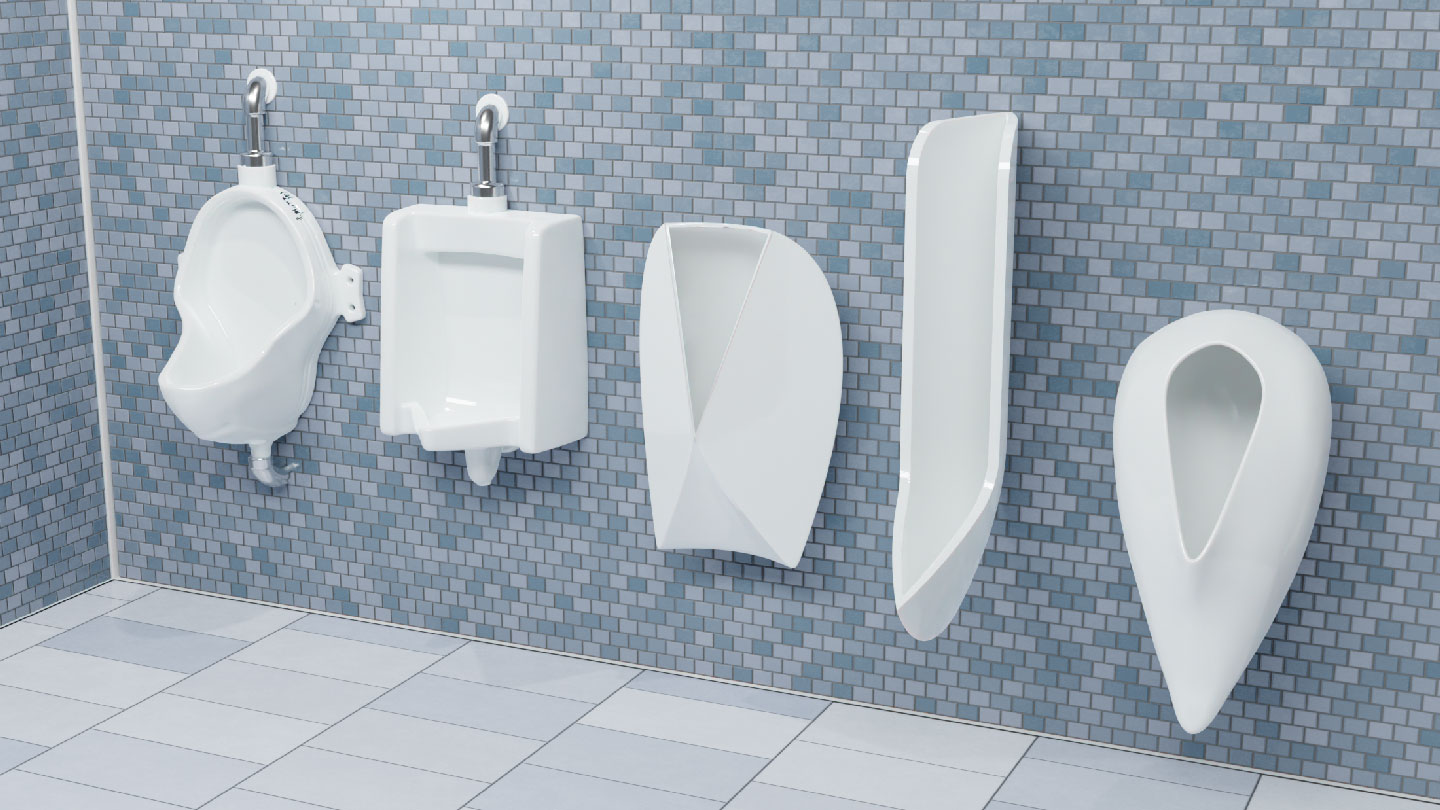 Restroom visitors can expect cleaner knees and tidier floors, if they happen to use a new urinal inspired by curves in nature.

The key to making a splashless urinal is ensuring that a person’s pee stream hits the porcelain at a shallow angle no matter where it is aimed, researchers report November 22 at the American Physical Society’s Division of Fluid Dynamics meeting in Indianapolis.

“For a small enough angle, there is no splash,” says mechanical engineer Zhao Pan of the University of Waterloo in Canada. Pan calls the angle where splashing ceases “the critical angle.” Keeping the angle that a fluid strikes the surface at the critical angle or lower prevents the splash.

Pan and colleagues’ design — a tall, narrow urinal with a curving inner surface — employs the same geometry as a nautilus shell (SN: 4/1/05). “There’s a smooth flow across the surface,” says Waterloo mechanical engineering student Kaveeshan Thurairajah, which prevents droplets from flying out.

In experiments involving dyed fluids sprayed into conventional urinals, the team found significant splash that, in the real world, would have ended up on a person’s legs and feet and on the floor nearby. When the researchers repeated the experiments with prototypes of the new design and inspected the surrounding surfaces, “I couldn’t find even a single droplet,” Thurairajah says.

It’s unclear whether people using the new urinals will still somehow find a way to make a mess. To tell how well the urinals work in eventual real-world tests, Pan says, “just look at the floor.”

Why the sale of a T. rex fossil could be a big loss for science

Homo naledi may have lit fires in caves at least 236,000 years ago

A new supercomputer simulation animates the evolution of the universe

Hawaii’s Mauna Loa volcano is erupting. Here’s what you need to know

This dinosaur may have had a body like a duck’s

Artemis missions will usher in a new, more diverse crew of astronauts

Mammoths may have gone extinct much earlier than DNA suggests

Physicists explain how to execute a nearly splashless dive

50 years ago, a ‘cure’ for intoxication showed promise

These are our top space images of all time