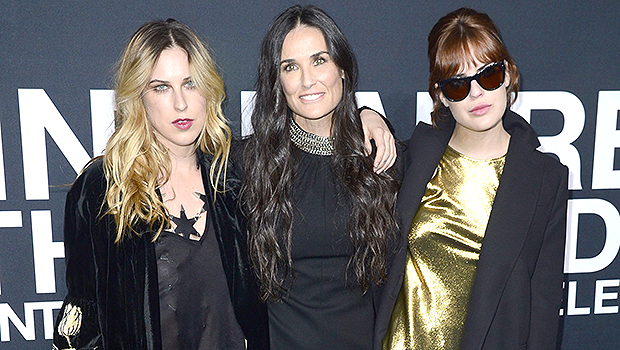 Demi Moore hasn’t been shy about her new relationship with Swiss chef Daniel Humm in recent months. Not only has the hot new couple been spotted packing on PDA at the French Open in June 2022, but they’ve also been sharing cute selfies together on Instagram. Daniel, 46, even publicly expressed his love for Demi on his own Instagram account back in May 2022, so we think it’s safe to say they’re pretty smitten with each other.

Demi‘s three daughters, Rumer, Scout, and Tallulah Willis also appear to be on board with her new relationship. In fact, a source close to Daniel told HollywoodLife EXCLUSIVELY how they feel about the new man in Demi’s life.

“Daniel has been with Demi for almost six months, and he is very much in love with her. He talks about her non-stop and she has dropped by the restaurant he owns on several occasions,” the insider told HollywoodLife. “He has met Demi’s daughters and they hit it off. They absolutely approve of him for their mom.”

Demi Moore Through The Years — Photos

“What is ironic is that Daniel also has three daughters from a previous marriage. This gave them a lot to talk about when they first started dating because they both can relate to raising three girls. Daniels’s girls are a bit younger and about to hit their teen years, so Demi is able to give him good advice on how to handle all that comes with that,” the source continued.

“Daniel doesn’t care that she is a celebrity because he is a celebrity in his own right as one of the world’s top chefs. He does not see age as anything but a number, so the fact that he is a decade younger than her means nothing. From what he tells his friends, Demi feels the same way for him and the two of them are perfect together,” our insider added.

The pair began dating at the start of March 2022 and went public two months later in June. Daniel is a super famous Swiss chef and the owner of the upscale restaurant Eleven Madison Park in Manhattan.

Daniel publicly professed his love to Demi, who was previously marred to her daughters’ father Bruce Willis from 1987 to 2000, on his Instagram on May 9, 2022. He shared a sweet black and white image of them together with an adorable pup in the frame, and he captioned the post by writing, “You’re beyond inspiring and it’s amazing to witness grace and greatness. @demimoore thank you for being such a great teacher. Couldn’t be more proud of you. Your endless beauty is deeply soulful. Love you.”