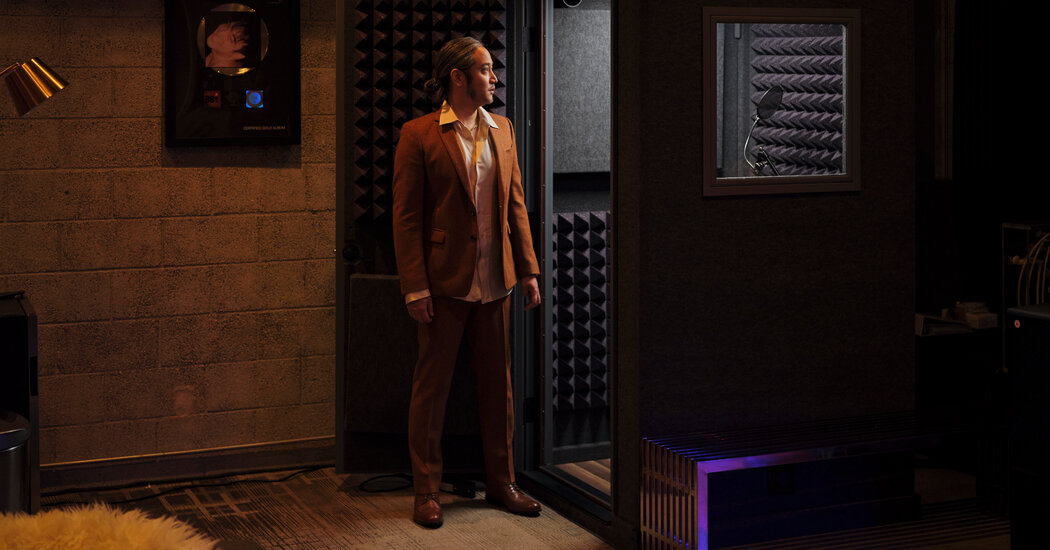 “We didn’t want to make music about a superhero,” Miyashiro said. Instead, he wanted to depict what it’s like to absorb a particular environment while growing up, citing Kendrick Lamar’s album “good kid, m.A.A.d. city” and the film “Goodfellas” as references. The movie begins in San Francisco, and Miyashiro, who was raised in San Jose, said the Bay Area was a big inspiration: “I took a lot about what I saw and what life at home was like: life with my friends, getting into trouble, mischief, all these different themes wrapped around growing up as an Asian American kid in California.”

Beyond that initial template, and the demands of whatever particular scene Cretton happened to be scoring, Miyashiro let his artists have free rein. “There’s this trust — that’s what makes the whole machine work,” Niki said. “He doesn’t really micromanage or anything; he’s very much allowing us to find ourselves, and just be completely what we want to be.”

The realities of recording during a pandemic, with a roster that splits time between Asia and America, introduced additional pressures. Warren Hue, a Indonesian-born rapper who’s featured on multiple tracks, recorded in both Jakarta and Los Angeles; Niki said she tracked her vocals with a USB microphone in her guest room in Los Angeles. “We had to take Zoom calls super late at night, into 4 a.m.,” said Miyashiro, who noted that they did rapid testing for every in-person studio session.

But sleeplessness has long been a demand of Miyashiro’s quest to expand 88rising and further a musical dialogue between Asian, American and Asian American audiences. It’s exceedingly rare to find a company that puts out pan-Asian music, he pointed out: Korean labels tend to stick with Korean artists, and so forth. “When we’re growing up in America, it’s all Asian homies — we’re kicking it with everybody,” he said. “So naturally, we’ll work with creatives from a lot of different countries, and we’re really proud of that, too.”

Cretton, who was born and raised in Hawaii, said he never listened to any Asian American musicians growing up, simply because he wasn’t aware that any existed. “As a kid, you don’t really think you’re missing anything until your brain develops enough to realize, ‘Oh, that’s kind of weak,’” he said.

Having Trouble Finding Your Soul Mate? Let Mom Do It For You.

Jeff Probst Is the Ultimate ‘Survivor’

A Multifaceted Designer Gets a New Platform

Utah Is a Destination Wedding Hot Spot, No Travel Required