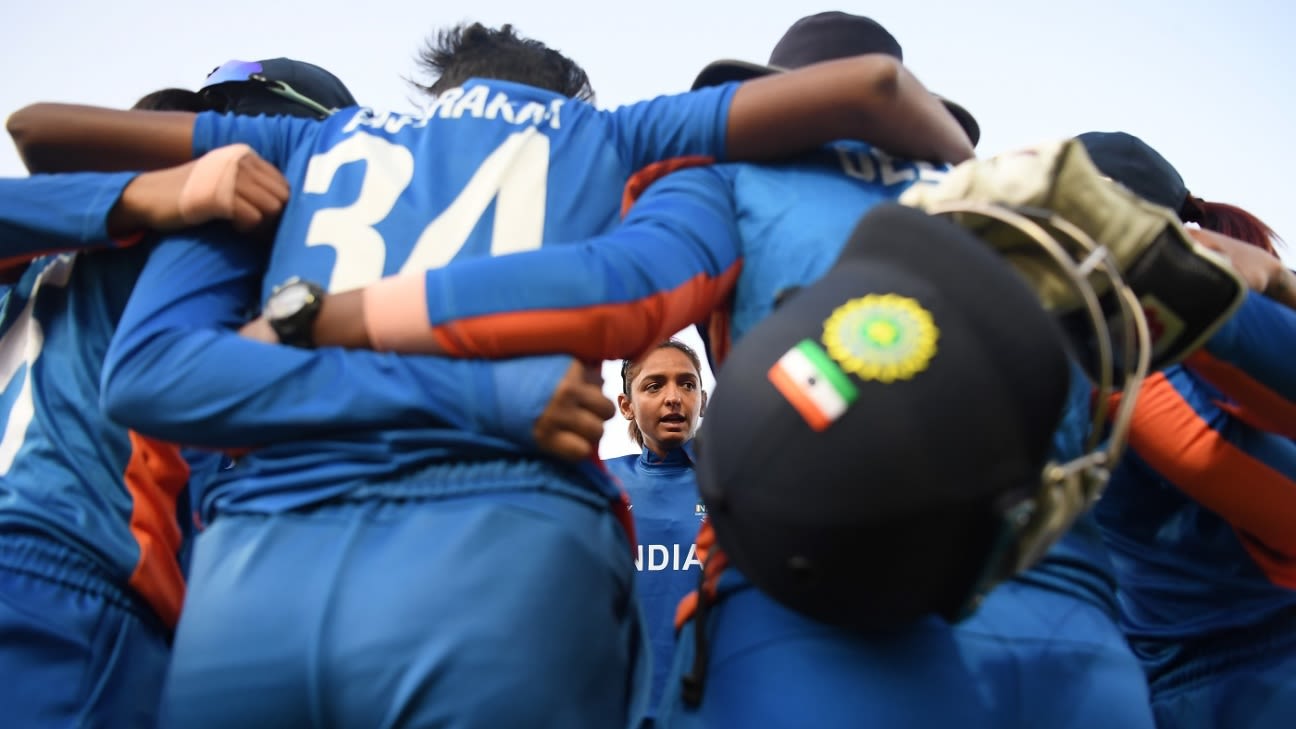 India are here again, in the semi-final of a global tournament. They have not won a world event yet, so they will be all the more keen on this one. But, if it happens, it will be a bit different to anything else on offer in the game. Here, they have the chance to win one of three medals. If they can pull it off, given how crazy India as a country is about medal-winners, the next few days could do more for Indian women’s cricket than any in the past. Any medal will be a cause for celebration. But, needless to say, gold is the aim.

Talk about wanting to win a medal and inspiring the next generation, while also living the Olympic dream (or something like it) abounds. This, even as cricket takes baby steps towards making the 2028 edition of the Olympics.
“It [the chance to play for a medal] will take time to sink in,” Jemimah Rodrigues said after India’s win over Barbados, which sealed their semi-final spot. “Watching other athletes of India doing so well, winning medals for India, it inspires us also and gets the best out of us.”
In the previous four global tournaments, India have finished runners-up twice – at Lord’s in the 2017 50-over World Cup, and then in front of a packed MCG in 2020 T20 World Cup – and semi-finalists once. The other time, they fell away to a group-stage exit at the 50-over event in New Zealand earlier this year. India are now one win away from an assured medal.
“It’s technically not a global event but for women’s cricket it is as good as a World Cup,” Snehal Pradhan, the former India cricketer who is in Birmingham in her capacity as a broadcaster, told ESPNcricinfo. “That’s how much a medal – a gold – will matter. All of their press conferences and conversations are about ‘we are not here for anything except a gold’.

“In the World Cup, the winner takes all. Even though here the second and third place is appreciated, that’s not what India want; they want the gold.”

India’s training sessions have been highly intense. While teams are allowed a contingent of 15-20 players plus five support staff in the Games Village, the BCCI has sent three additional staff members, including a throwdown specialist and a masseuse, at its own cost.

“Even in training, they are working on all facets of skills,” Pradhan said. “There are two nets and then they’ll be out on the centre square doing range-hitting. Almost all batters are going through that routine where you hit out of the nets and then you are into that range-hitting training.”

“This team has redefined normal; getting to the semi-finals is absolutely normal for them. They want to continue to redefine normal. They want to set a culture for the next generation to follow and I don’t think that culture involves losing semis and finals. It involves winning the thing”

Contributions have come from several quarters for India. While Harmanpreet Kaur and Smriti Mandhana have scored a half-century each, it was up to Rodrigues and Deepti Sharma to dig their side out of a hole in the must-win game against Barbados. India were reduced to 92 for 4 batting first, before the pair put on 70 off just seven overs. In the absence of allrounder Pooja Vastrakar, who reached Birmingham late after testing positive for Covid-19, Renuka Singh has stepped up and delivered two four-wicket hauls. Sneh Rana’s dashing introduction to the Commonwealth Games has complemented Deepti’s offspin, with support from Radha Yadav.

“This team has redefined normal; getting to the semi-finals is absolutely normal for them,” Pradhan said. “They want to continue to redefine normal. They want to set a culture for the next generation to follow and I don’t think that culture involves losing semis and finals. It involves winning the thing. So they want to set the bar higher.”

However, in hosts England, India face a team that is perhaps better-rounded than them, against whom they have won only five out of 22 completed T20Is (the numbers have improved to two out of five since the start of 2020). England ousted India from the semi-finalss of the T20 World Cup in 2018, while the absence of a reserve day crushed England’s hopes and put India in their maiden T20 World Cup final in 2020.
England are being led by Nat Sciver in the absence of regular captain Heather Knight. They defeated Sri Lanka, South Africa and New Zealand to top Group B and are being powered by the experienced Katherine Brunt and the wily Sophie Ecclestone. Teenager Alice Capsey’s attacking instincts at No. 3 have helped fill Knight’s void. Plus, there is a feel-good vibe around women’s sport in England at the moment.

“England are riding the wave and the momentum of energy behind women’s sport in this country,” Pradhan said. “We can sense that in terms of how the attendances are building up, how everyone is talking about it and how the Lionesses [England’s football team that beat Germany last weekend to win UEFA Women’s Euro 2022] are still in the news even a week after Wembley. I think they will look to emulate the football team.”

Equally, history beckons India. A win against England will assure them of a silver or gold medal. A loss will still give them a chance at a bronze-medal finish.

During the team’s last assignment before the Commonwealth Games, in Sri Lanka last month, Harmanpreet had asked the team during a meeting about areas they needed to work on. “Killing attitude,” is what Vastrakar had said in response.

It should not come as a surprise if this attitude – and Vastrakar – come out on Saturday to take India a step closer to living their dream.