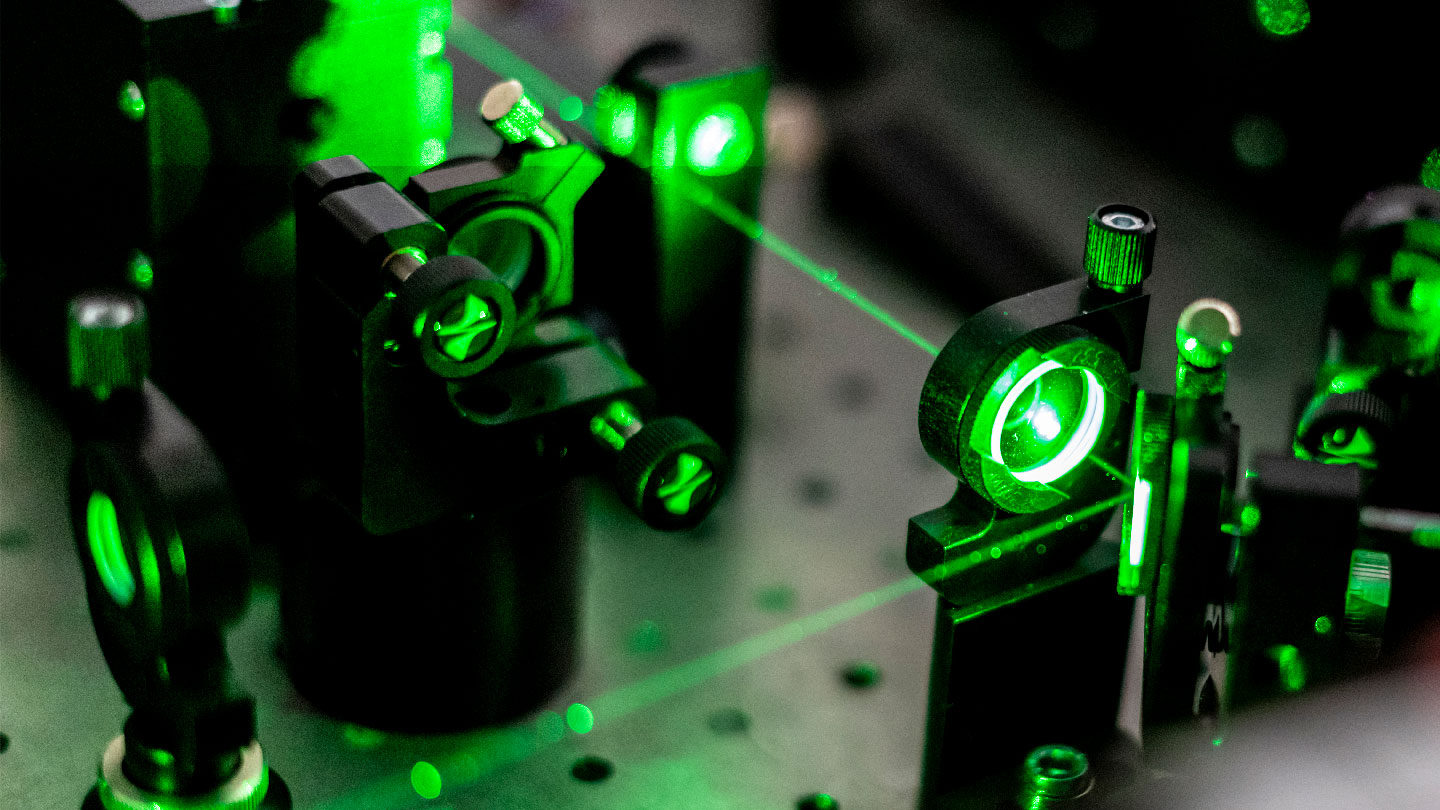 Tubular laser beams can create what amount to fiber-optic cables made of thin air, researchers report in a study to appear in Physical Review X.

Laser-heated air can efficiently transmit light signals without the need to lay fiber-optic cables. These air-based “waveguides” can also provide pathways for ultrahigh-energy lasers that don’t propagate well through air on their own, building on earlier efforts that have been touted as a route to laser beam weapons (SN: 3/5/14).

The latest experiments, says physicist Howard Milchberg of the University of Maryland in College Park, beat out his team’s prior waveguide attempts by more than 60 times, extending the length of a waveguide to nearly 50 meters.

The researchers ran a laser in “doughnut mode,” where the beam has a hollowed-out core along its length, resembling a stack of luminous doughnuts. The beam creates a hot, tubular air layer wrapped around cooler, denser air. This creates something akin to a fiber-optic cable made of air: Instead of a transparent core covered in plastic cladding that guides light in conventional fiber optics, the dense air acts as the core, while the hot air around it serves as cladding.

Stepping up the waveguide length to kilometers, Milchberg says, is primarily a matter of boosting the doughnut-mode laser power. “The only issue is we don’t have a kilometer” to safely fire a laser that far, he says. It may take a deal with one of the U.S. national laboratories to find space to run a longer version of the experiment.

Despite the potential military applications, Milchberg says he and his team are focused more on scientific uses, such as extending the range of systems that reveal the chemical makeup of materials by firing lasers at them and measuring the light they give off. Air-based waveguides could send emitted light back to remotely located systems, instead of needing to get up close to analyze a sample.

These fish can recognize themselves in photos, hinting at self-awareness

Many plans for green infrastructure risk leaving vulnerable people out

Here are 3 people-animal collaborations besides dolphins and Brazilians

How plant ‘muscles’ fold up a mimosa leaf fast

Water is weird. A new type of ice could help us understand why

A newfound silent frog may communicate via touch

Are your cats having fun or fighting? Here are some ways to tell

Vikings brought animals to England as early as the year 873

The deadly VEXAS syndrome is more common than doctors thought