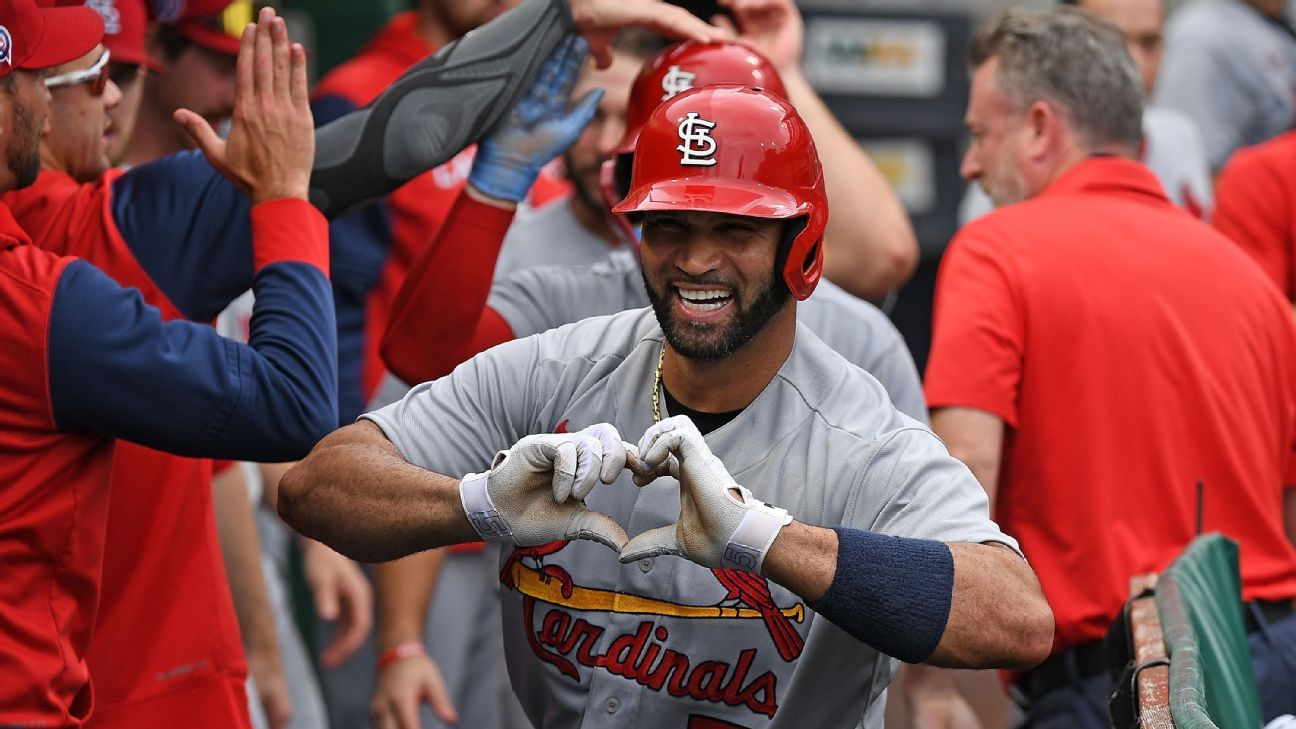 Albert Pujols is one of the greatest hitters of all time, a force at the plate who racked up three MVP awards and two World Series titles.

Now, near the end of his incredible career, he’s about to add a rare honor to his collection of achievements.

Pujols is two home runs away from becoming just the fourth member of the 700-HR club, joining Babe Ruth, Hank Aaron and Barry Bonds. It’s been something of a late-career renaissance for Pujols — his return to the St. Louis Cardinals for what he says is his final season has sparked his best offensive year in over a decade. He’s hitting .265/.338/.530, and he has slugged 19 home runs in a mere 94 games. If he decided to play for one more season, there’s a good chance he’d even be able to pass Ruth for third on the all-time homer list.

One dinger at a time, however. We’ll keep track of Pujols’ chase for 700 right here.

In the bottom of the sixth, Pujols launched a 427-foot dinger into left field to help the Cardinals tie the game at four apiece. According to ESPN Stats & Information research, his 19 homers this year are the second most in a single season by a player age 42 years or older, breaking a tie with Carlton Fisk (1990 and 1991). Barry Bonds was 42 years old when he hit 28 home runs in 2007.

Pujols moved into sole possession of fourth place Sunday with a go-ahead two-run home run off Chase De Jong. With his 18th home run of the season, he now ties Carlton Fisk for second-most all time by a player in his age-42 season or older.

PUJOLS IS IN SOLE POSSESION OF 4TH ALL-TIME! pic.twitter.com/UMj2W6wjRp

Pujols tied Alex Rodriguez for fourth on the all-time home run list Saturday against the Pirates.

On Sunday night against the Chicago Cubs, Pujols launched a pitch from Brandon Hughes out of the ballpark for his 695th career home run.