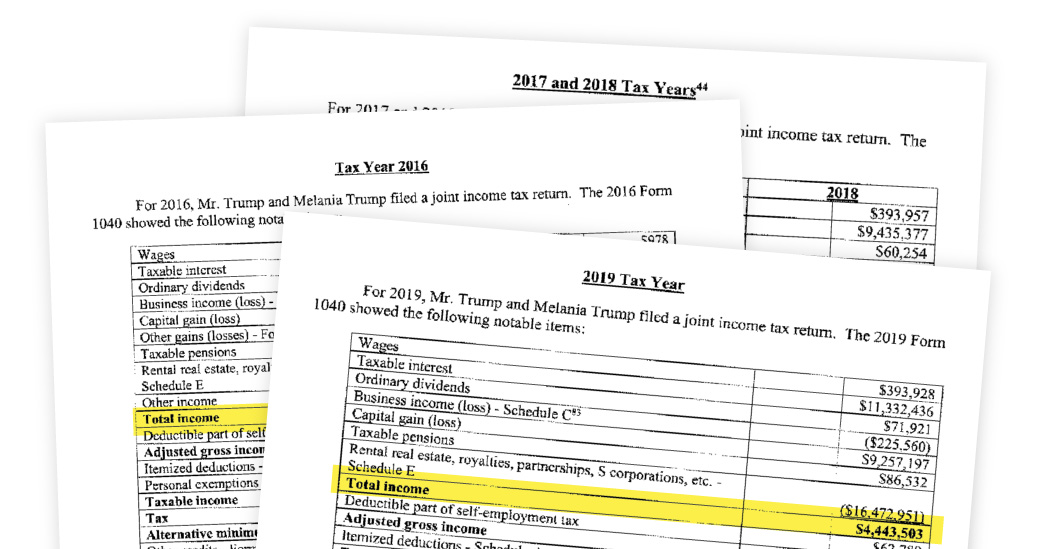 New figures in a report by the House Ways and Means Committee showed that Donald J. Trump paid $1.1 million in federal income taxes in his first three years as president, and that he paid no taxes in 2020 as his income began to dwindle.

Tax credits include foreign tax credits, the General Business Credit and other credits.

Mr. Trump’s fortunes changed during his presidency, according to the figures in the report, which include details on the former president’s tax returns from 2015 to 2020. In the two years before he became president, Mr. Trump suffered heavy business losses, the records showed. In his first three years as president, he had an adjusted gross income of $15.8 million.

Mr. Trump’s tax bills, after deductions, were based on his income when it was above zero, as well as the alternative minimum tax in four of the six years. The A.M.T. limits deductions that would have otherwise helped to erase his tax burden. He reduced his resulting tax bills with a mix of tax credits that included incentives and givebacks to business owners.

The detailed records in the report show consistent losses over the six years, particularly in real estate and other business, a category that includes losses carried over from previous years.

A Colossal Off-Year Election in Wisconsin

How Far Right Are the 20 Republicans Who Voted Against McCarthy