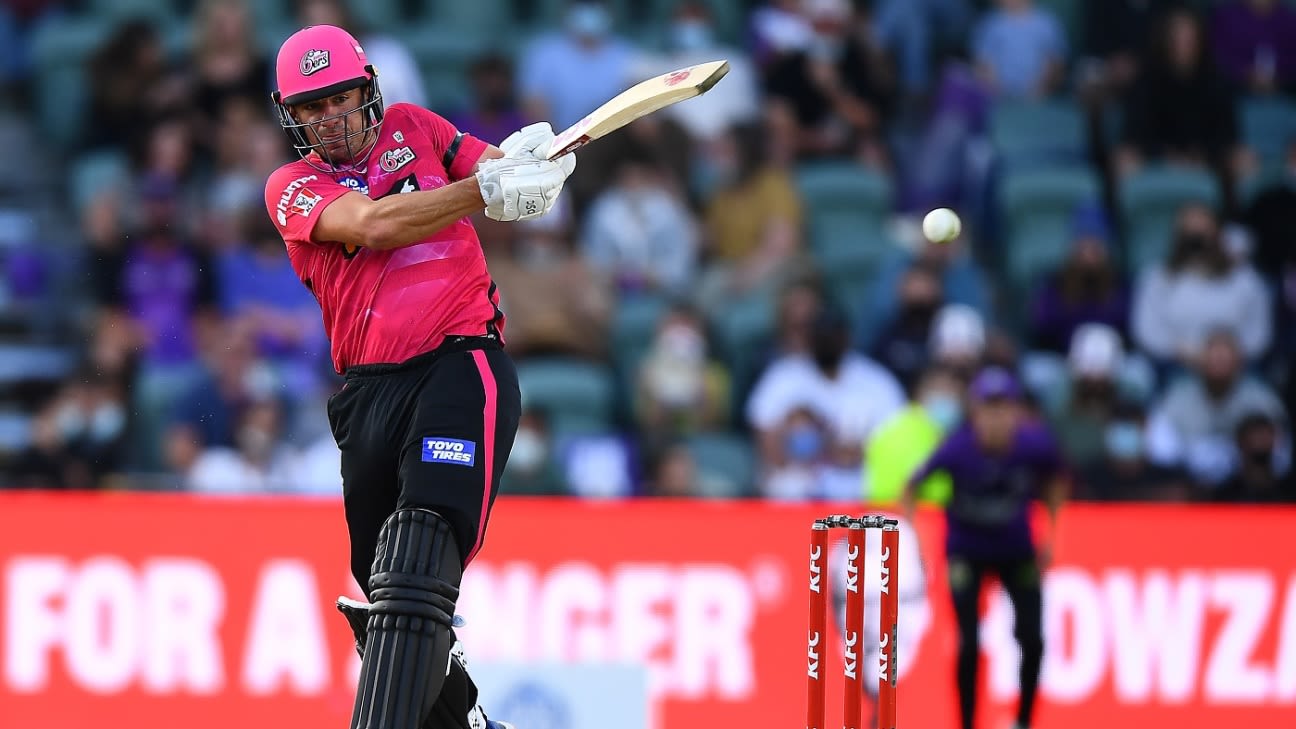 A captain’s knock from Moises Henriques lifted defending champions Sydney Sixers to an unlikely 14-run BBL win over the Hobart Hurricanes.
Henriques hit 73 from 48 balls at University of Tasmania Stadium in Launceston on Wednesday night after his side fell to 5 for 39 in the ninth over. His innings pushed the Sixers to 9 for 144, with Hurricanes’ chase falling short despite the best efforts of Peter Handscomb (47 from 31).

Hobart needed 23 off the final 12 deliveries but managed just eight, as Sixers’ England imports Chris Jordan and Tom Curran held their nerve with the ball.

After an unbeaten 76 in Sixers’ record-breaking BBL win over the Stars on Sunday, Henriques shared a crucial 62-run partnership with Curran. He clawed back momentum when Hurricanes turned to their part-timers in the middle overs, before falling in the final over to Nathan Ellis.

Hurricanes got off to a sluggish start in reply, with opener D’Arcy Short soaking up 36 balls for his 21. They fell to 5 for 78 in the 14th over and couldn’t muster the required late blows against the reigning champions.

Hayden Kerr picked up the important wickets of opener Matthew Wade and powerful hitter Tim David. Jordan Silk was at his mercurial best in the field, snaffling two catches including a low effort to remove Wade, and also saving a six with a leaping tap-back.

It was a remarkable turnaround for Sixers, who lost 4 for 6 in the space of 14 deliveries after losing the toss and being sent in to bat.

Ellis started the rot when he bowled in-form Josh Philippe with a slower ball in the fourth over. James joined him when he was stumped off the first delivery from the part-time spin of David. Tom Rogers, who finished with Hobart’s best figures of 3 for 28, then removed Daniel Hughes and Silk cheaply.