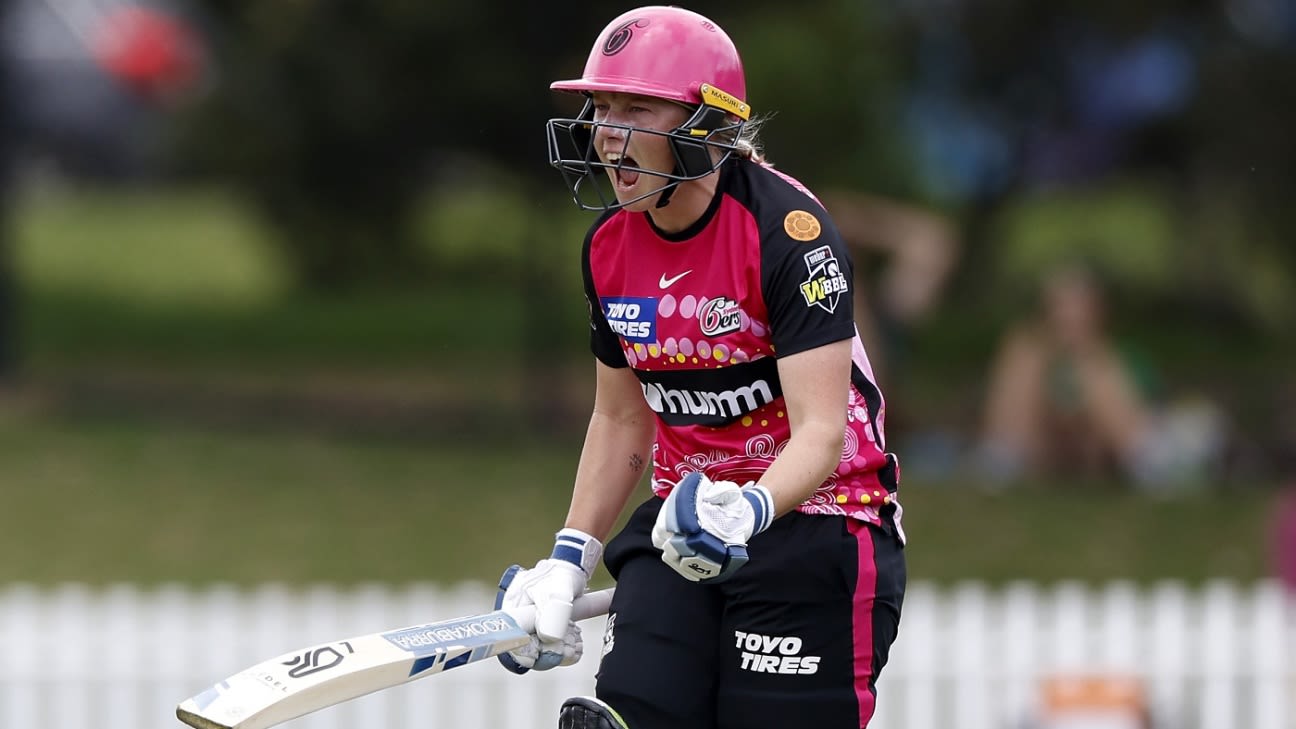 Alyssa Healy notched her fifth WBBL century, crunching a boundary from the final ball to deliver Sydney Sixers victory over Perth Scorchers to keep them on top of the ladder.
Chasing the Scorchers’ 4 for 176 at Junction Oval, Healy was battling on 1 off 10 balls. But the new Australian vice-captain found her groove to finish on an unbeaten 107 off 64, pairing with Ellyse Perry for a 154-run stand that powered the Sixers to within 20 of the target with two overs to bowl.

After going for 17 runs off her previous over, Scorchers captain Sophie Devine had Perry (48 off 40) dismissed and Healy dropped in a fine 19th over that left the Sixers still needing 14.

Healy watched from the other end as Ashleigh Gardner hit the first two deliveries for six. She was bowled from the next ball and Piepa Cleary was on a hat-trick after claiming Erin Burns next ball. Nicole Bolton chipped that delivery just short of deep midwicket for a single and then, with one to win off the final delivery, Healy gave herself room and calmly dispatched the winning runs to the cover boundary, letting out a boisterous cry in the process.

No other player has scored more than three WBBL hundreds, Healy’s century coming off 62 balls and featuring a one-handed six over mid-off.

Victory keeps Sixers on top of the ladder. Scorchers, who beat them last week, could have jumped above them from fourth with victory.

But Gardner (2 for 30 from four overs) helped slow them just enough, moving to the top of the competition wicket-takers’ board in the process.