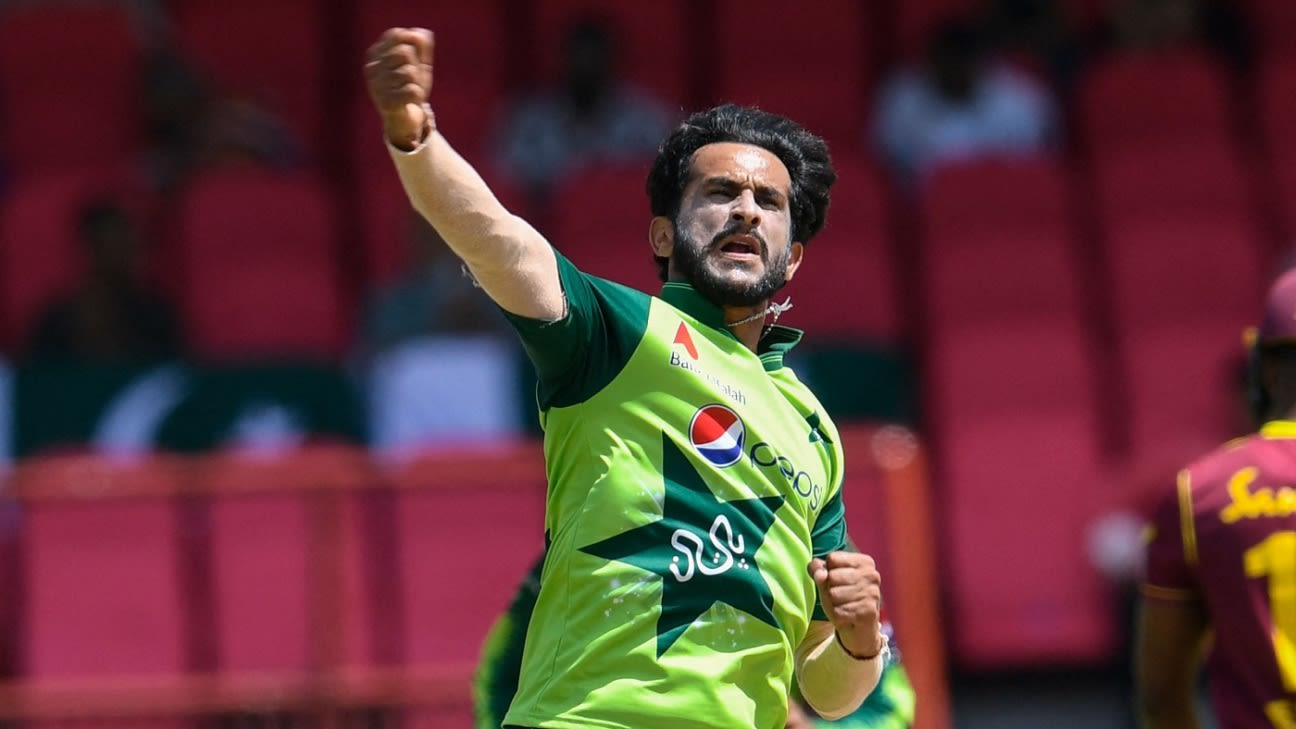 Hasan Ali has said a change in management ahead of the T20 World Cup wasn’t ideal, though he is looking forward to working with new bowling consultant Vernon Philander. In the first public comments by a current player since the removal of Pakistan’s last coaching team of Misbah-ul-Haq and bowling coach Waqar Younis, Hasan praised Waqar and “all the work I have done with him”.

“[Philander] hasn’t played much T20 cricket but no doubt he was a great bowler and brought in a lot of success for his South Africa,” Hasan told the media in a virtual session from Lahore. “He knows about bowling and I hope the work we do with him will be helpful for us. As far as Viki [Waqar] bhai is concerned, I’ve said before it shouldn’t happen that management changes before such a mega event but obviously, it’s not in our hands. I admire Waqar Younis and all the work I have done with him. I really enjoyed my time with him but unfortunately he isn’t here and we have to move on. We will move on and try to give our best.”

The duo – Misbah and Waqar – had stepped down from their positions on the same day Ramiz Raja was elected chairman. Ramiz then announced that Matthew Hayden and Philander had been roped in as batting and bowling consultants for the T20 World Cup.

Both foreign recruitments have exceptional credentials as cricketers, but little top-flight coaching experience. Philander only retired from international cricket in 2020 and had little experience of white-ball cricket. Hayden retired in 2009 and has taken on occasional media work, but his assignment with Pakistan at the World Cup is his first major coaching assignment. Ramiz explained the aggression and quality of the players hired were the main reasons they were brought in.

Hayden will join Pakistan squad in the UAE following his IPL commentary engagement while Philander has already joined the side in Lahore. The Pakistan squad will depart for Dubai on October 15 and will play two warm-up games, against West Indies and South Africa on October 18 and 20, before they begin their main campaign in a high-profile clash against India on October 24 in Dubai.

“Obviously a lot of hype has already been created about our first two games with India and New Zealand,” Hasan said when asked if he is feeling any pressure. “We don’t have any room to get complacent and we can’t afford to take these matches lightly. We will go all prepared from the first game and obviously when you go on with the win from the opening game it boosts your confidence. Pressure is there but we all are professional and we know how to deal with it.

“We have a good combination and ability to beat any team in the world. I have full faith in my team that we will give 100 per cent. I don’t claim that we will come back with the trophy because results are not in our hands. What we have in our hands is the effort we can put in and we can ensure we will give a fair fight in every game we play. I have to win games for my team no matter where I bowl or bowl with a new or old ball.”

With Pakistan having a history of playing in UAE as their second home away from home, Hasan predicted low scoring games in UAE. “Wickets in UAE have always been slow and whatever cricket we played and watched, we hardly saw 200+ runs scored in an innings. The whole world knows that these will be low scoring games and I would say if you score 160-170 it may well be a winning score.”