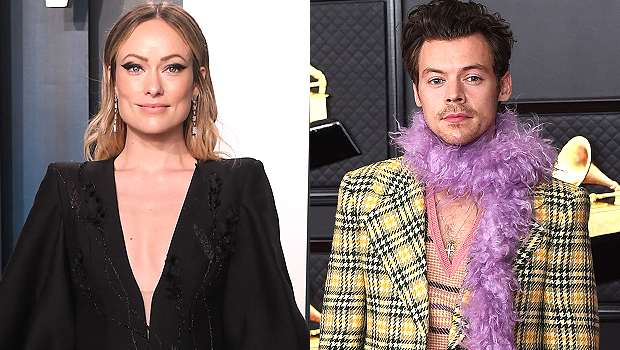 Harry Styles and Olivia Wilde are still living it up in Italy, and there are new sexy PDA photos to prove it.

Newly released photos of Harry Styles and Olivia Wilde will make you want to take a cold shower. Just days after a number of images showed the couple kissing on a yacht off the Island of Giglio near Tuscany, new pictures — obtained by Page Six — show them doing the same. But this time around, they have less clothes on.

Harry, 27, went shirtless and showed off his abs in a tiny pair of Nike gym shorts with super high slits on each side, while Olivia, 37, wore a nave blue bikini as the duo laid out to catch some rays, do some reading and lock lips. SEE THE NEW PHOTOS HERE.

Harry could also be seen jumping off the yacht for a swim in the Tyrrhenian Sea, and at one point, when he was mid-air, his swimsuit acted as a makeshift parachute, putting his toned thighs on full displays for the paparazzi. Bless those wind currents over the Tyrrhenian Sea.

Anyway, Olivia later joined Harry for some sexy snorkeling before they took off their goggles and engaged in a hot and heavy makeout session.

These never-before-seen photos were actually taken one day before the July 5th photos of Harry and Olivia kissing off the nearby promontory of Monte Argentario, according to Page Six. And before that, they were seen wrapping their arms around each other as they took a walk through the seaside town of Porto Ercole on Monte Argentario. So we think it’s safe to say Harry and Olivia are having the time of their lives in Italy.

Harry and Olivia, who met on the set of Don’t Worry Darling, went public with their romance in January 2021, when they were pictured engaging in hot PDA at a friend’s wedding. And as you can see, they’ve since gotten pretty serious.