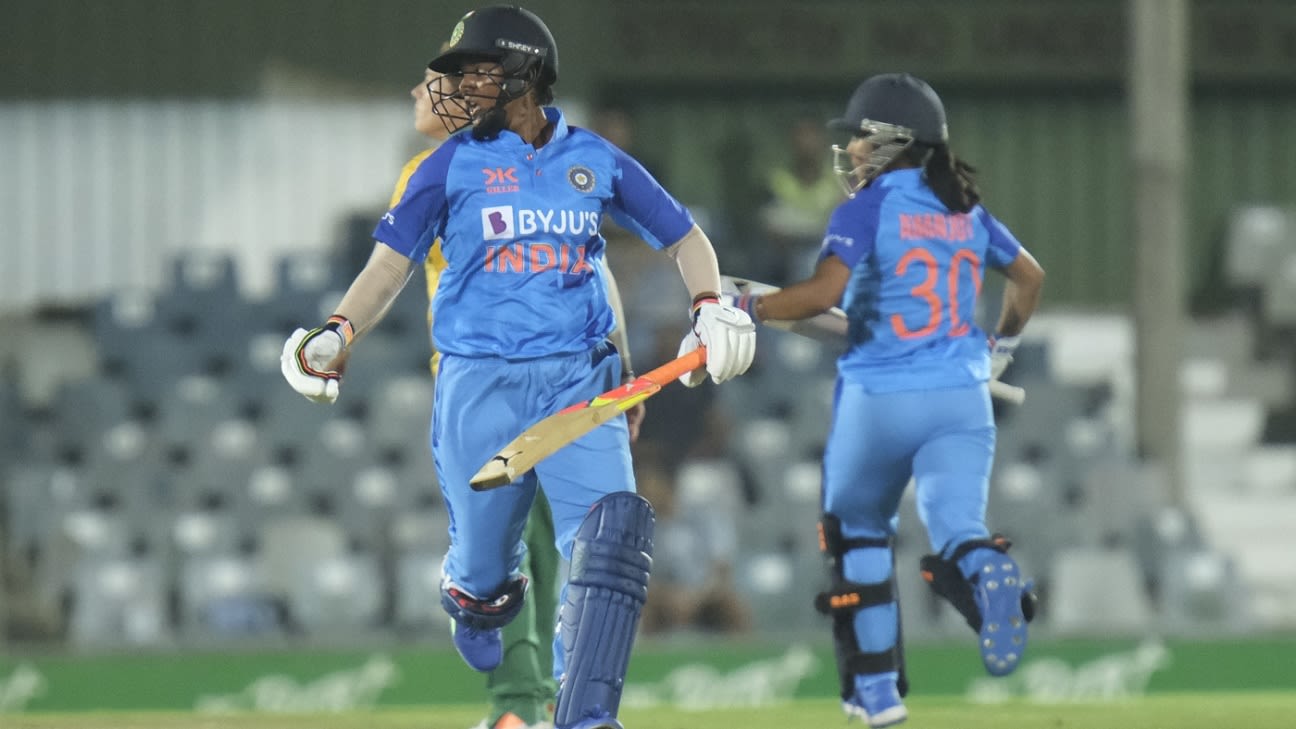 Captain Harmanpreet Kaur returned for India after missing the women’s T20I tri-series opener and chose to bat after winning the toss against West Indies.
Shikha Pandey was named in the XI, playing her first T20I since October 2021. Harmanpreet and Pandey came in for Sneh Rana and Anjali Sarvani, as India chose to field a spin-heavy combination at Buffalo Park, where the pitch has tended to be slow.
West Indies left out Shakera Selman, who was returning from injury, and opted to give right-arm seamer Shanika Bruce, who made her international debut for Barbados in the Commonwealth Games last year. It will be her first appearance for West Indies.
The Caribbean side have a concern with their batting, as captain Hayley Matthews admitted to after their last outing, and will be looking to improve in that aspect.

Ravindra Jadeja ‘hadn’t felt the sun for about five months’