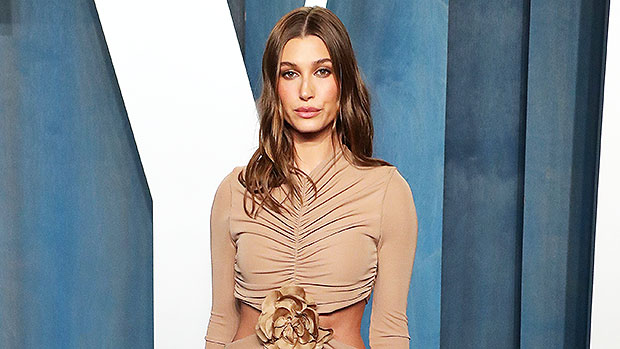 Hailey Baldwin opened up a little more about the “scariest thing” she’s “ever been through” in her life: a mini-stroke last year. The model and wife of Justin Bieber revealed on the latest The Run-Through with Vogue podcast that she has “PTSD” from being rushed to the hospital with a blood clot on her brain in March 2022. Hailey called the experience “very jarring,” before adding, “It was definitely the scariest thing I’ve ever gone through.”

“I struggled with a lot of anxiety after,” she continued. “I struggled with a little bit of PTSD [Post Traumatic Stress Disorder] of just like the fear of maybe it was gonna happen again. It was just a feeling that I was, like, I never want to experience that ever again. I mean, it was so terrifying, so jarring, so discombobulating in every single way that you could imagine.”

After news first broke of Hailey’s health scare back in March, she took to her Instagram to give fans the 411 of what went down. “On Thursday morning, I was sitting at breakfast with my husband when I started having stroke like symptoms and was taken to the hospital,” she wrote. “They found I had suffered a very small blood clot to my brain, which caused a small lack of oxygen, but my body had passed it on its own and I recovered completely within a few hours.” She continued: “Although this was definitely one of the scariest moments I’ve ever been through, I’m home now and doing well, and I’m so grateful and thankful to all the amazing doctors and nurses who took care of me! Thank you to everyone who has reached out with well wishes and concern, and for all the support and love.”

Now, even months later, Hailey gets “triggered” when revisiting Palm Springs, the city where the incident occurred. “Even the first couple of times coming back here after was a little bit of a strange triggering kind of feeling for me because you just remember exactly how everything happened in that moment,” she explained on the podcast. “But I think the bright side for me is that it led me to find out I had this hole in my heart.”