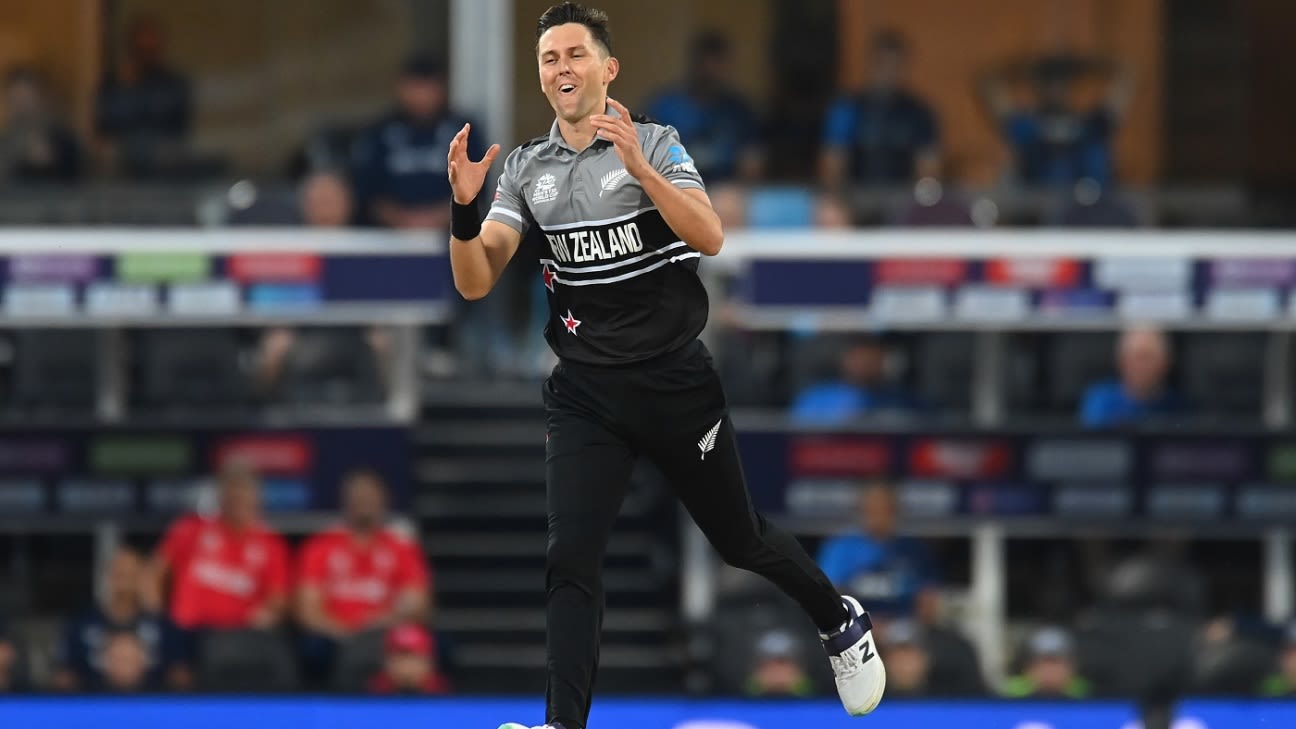 Martin Guptill and Trent Boult have been left out of New Zealand’s T20I and ODI squads for the upcoming home series against India, which is scheduled to begin on November 18 in Wellington. Hard-hitting opener Finn Allen finds a spot in both squads, while fast bowler Adam Milne returns to the ODI squad having last played in the format in 2017.
Head coach Gary Stead has, however, said that the “door is certainly not closed to” Boult and Guptill with “a lot of international cricket ahead”. Boult had opted out of the NZC central contract, although he recently stated his ambition of playing in next year’s ODI World Cup. Guptill was part of the recently concluded T20 World Cup in Australia, but he did not play a game with New Zealand opting for Devon Conway and Allen at the top of the order.

Allen has had a promising start to his career, having hit 564 runs in 23 T20Is, including two half-centuries and a century. In ODIs, he has accumulated 308 runs in eight matches.

“The emergence and success of Finn at the top of the order in white-ball cricket means a guy of the class of Martin Guptill misses out – that’s just the nature of a high-performance sport,” Stead said in an NZC release.

“With the 50-over World Cup less than a year away we’re keen to give Finn every opportunity to keep gaining ODI experience, especially against quality opposition such as India. The message to both those players is that there’s a lot of international cricket ahead and the door is certainly not closed to them.

“When Trent opted out of his NZC contract in August, we indicated that priority would be given to those players with either central or domestic contracts, and that’s been the case here. We’re all aware of Trent’s world-class ability, but at this time – as we build towards more global events, we want to give opportunities and experiences to others.”

Allrounder James Neesham will not be part of the third ODI in Christchurch as he prepares for his wedding, with Henry Nicholls replacing him for the match. According to the release, Ben Sears and Kyle Jamieson were not considered for selection due to back injuries.

With Boult being dropped from the squads, the pace department now has Tim Southee, Matt Henry (ODIs only), Lockie Ferguson, Blair Tickner and Milne.