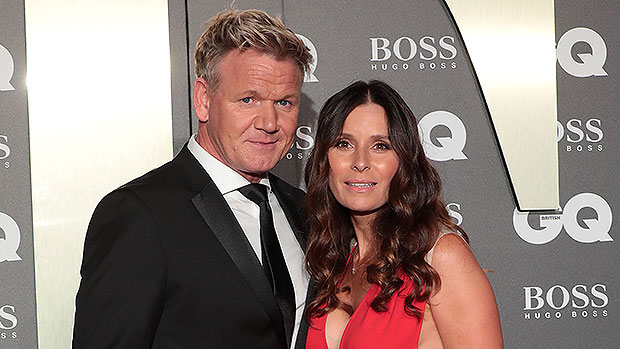 “We discussed having another baby. I said it was a great idea. She said, ‘Well, let’s start planning.’ So I’m like, ‘Oh my god, just pause for two seconds. I’m going to be the oldest dad at school, what’s going to happen on sports day?’” The infamous celebrity chef continued, “But it’s something we’d still consider, because it’s been such a joy spending time with Oscar. Just watching his first walks on the beach at Daymer Bay. Watching his first little mouthfuls of food. It has kept us super-active and made us better parents.”

Tana struggled to have children early on in their marriage, and was diagnosed with polycystic ovarian syndrome, according to the Daily Mail. Nevertheless, she turned to IVF and has since welcomed five children: Megan, 23, twins Holly and Jack, 21, Matilda, 19, and two-year-old Oscar. Gordon noted that he’s sometimes mistaken for his youngest son’s grandfather. “You walk on the beach and there’s Oscar on Jack’s shoulders and someone says, ‘How old is your son?’ Jack freaks out and says, ‘No, this is my little brother. There’s the dad.’ They see me and they’re like ‘Oh s––.’ That’s funny, though. I can take that stuff, don’t worry.”

His wife Tana then chimed in, “Oh my gosh. Never say never,” she said. “I think I’ll want kids forever, but in all honesty, I’m just enjoying what we have and I don’t think it would be right to push my luck, because we are so blessed.” The couple, who tied the knot in 1996, have also experienced hardships. They suffered the loss of a pregnancy at five months in 2016, after Tana miscarried their unborn son, whom they named Rocky.

“Gordon was amazing, and he’s always been one to talk about everything and he was very good at sort of talking it out of me and never making me feel that, ‘Oh, you know, maybe we shouldn’t talk about it,’” she told Metro last year. The couple also talked about how quarantining amid the COVID-19 pandemic affected their family. “We’ve laughed, we’ve cried, we’ve fallen in love, we’ve fallen out of love, and we came out of it so much stronger together. There’s a level of closeness like we’ve never had before,” she revealed.