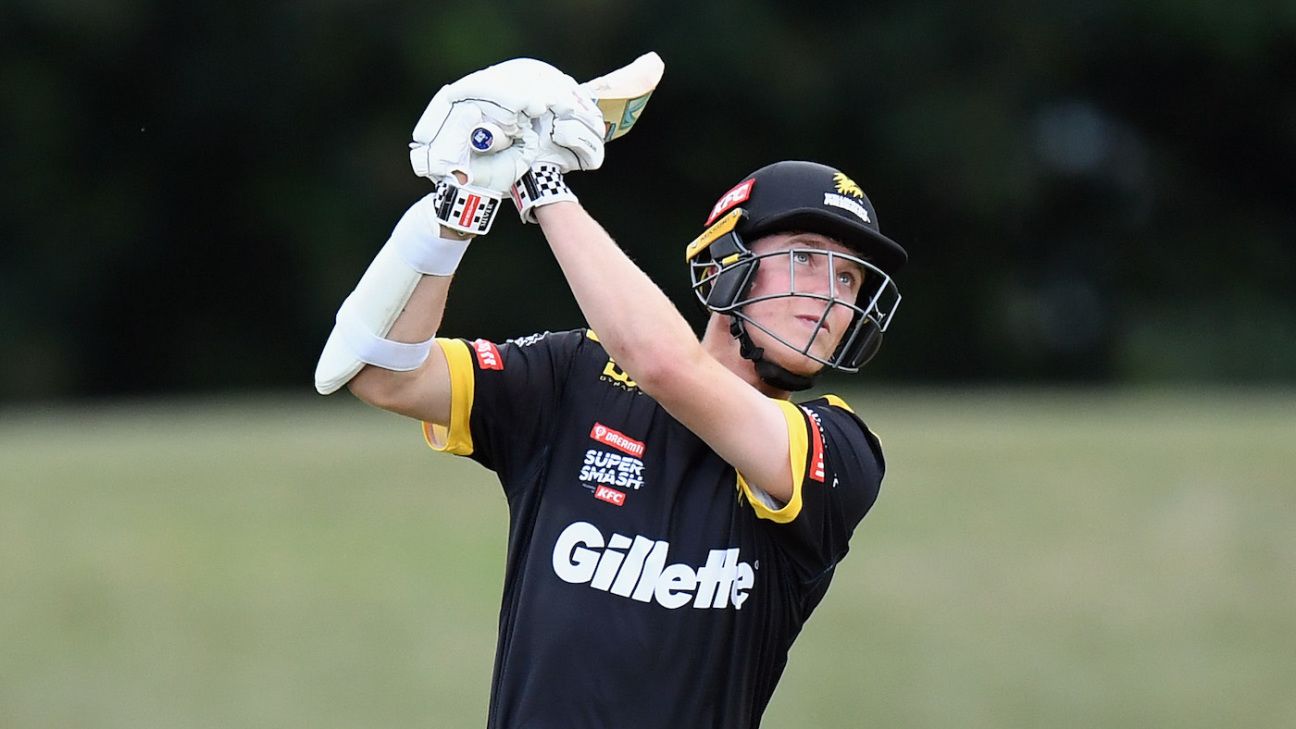 Luke Georgeson, the former New Zealand Under-19 player who signed a two-year central contract with Cricket Ireland (CI) earlier this month, has now withdrawn from the full-time agreement and will no longer be in contention for an Ireland call-up.

In a statement on Friday, CI said that the contract had been terminated “by mutual consent”. “Georgeson has informed Cricket Ireland that he will be withdrawing from the full-time contract after reconsidering his future playing options,” the statement said. “Georgeson, 23, will remain in Belfast and play for club side CSNI this summer, but will no longer be in contention for an Irish call-up.”

Georgeson, who had turned out for New Zealand in the 2018 U-19 World Cup, had a contract with Wellington in New Zealand’s recent domestic season, but chose to commit his future to Ireland after spending last summer playing for Northern Knights in the inter-provincial set-up.

“The basis of this decision is that I have come to a clearer understanding that I still harbour ambitions of playing for New Zealand, and I underestimated how much I want to realise this dream until recent days,” Georgeson said. “I would like to take the opportunity to thank Cricket Ireland for their effort and commitment to me over the past year. I have been overwhelmed by the understanding and support shown by all those who have been a part of this decision. It is not one that has been made easily, and I am truly grateful for the support I have been shown throughout.

“This, however, will not conclude my involvement in Irish cricket. I am passionate about cricket in Ireland and the NCU [Northern Cricket Union], and I will endeavour to stay involved and make a difference wherever I can. I appreciate everyone’s understanding about this decision.”

Andrew White, chair of the national men’s selectors, who revealed that Georgeson had met him as well as other members of the Ireland senior team management, said, “We are obviously disappointed that Luke will no longer be making himself available for Ireland – he is a talented player and was a firm part of our plans going forward.”

An Irish passport-holder, Georgeson batted in the middle order for the Knights last year, but opened for Wellington throughout the New Zealand summer. The CI statement added, “Following consultation between Cricket Ireland and Northern Knights’ selectors, the Knights will shortly select a replacement member to join their core squad of 12 to replace Georgeson, which will be announced in due course.”