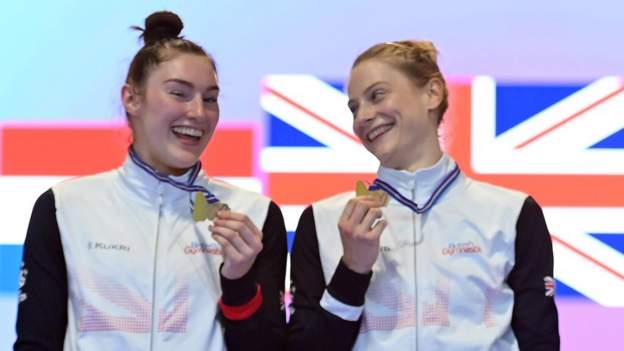 The pair scored 47.750 in their only routine in the final to win by nearly a full mark.

“We came into this competition knowing our capabilities. We went out there and hit our routine,” said Page, the individual world champion.

“We’ve been waiting to do synchro together for so long so it was exciting to be there in the final,” added double Olympic medallist Page. “And to be able to do the routine we did, it’s just a big relief and really joyful.”

Songhurst, competing at her first senior Europeans, and Page are both in action in Sunday’s individual semi-finals.

Their success comes after GB won four medals on Friday, including two golds.

“Our main aim was to come out and enjoy it, and gain that experience of doing synchro together, and to come out with a European title is just amazing,” said Songhurst.