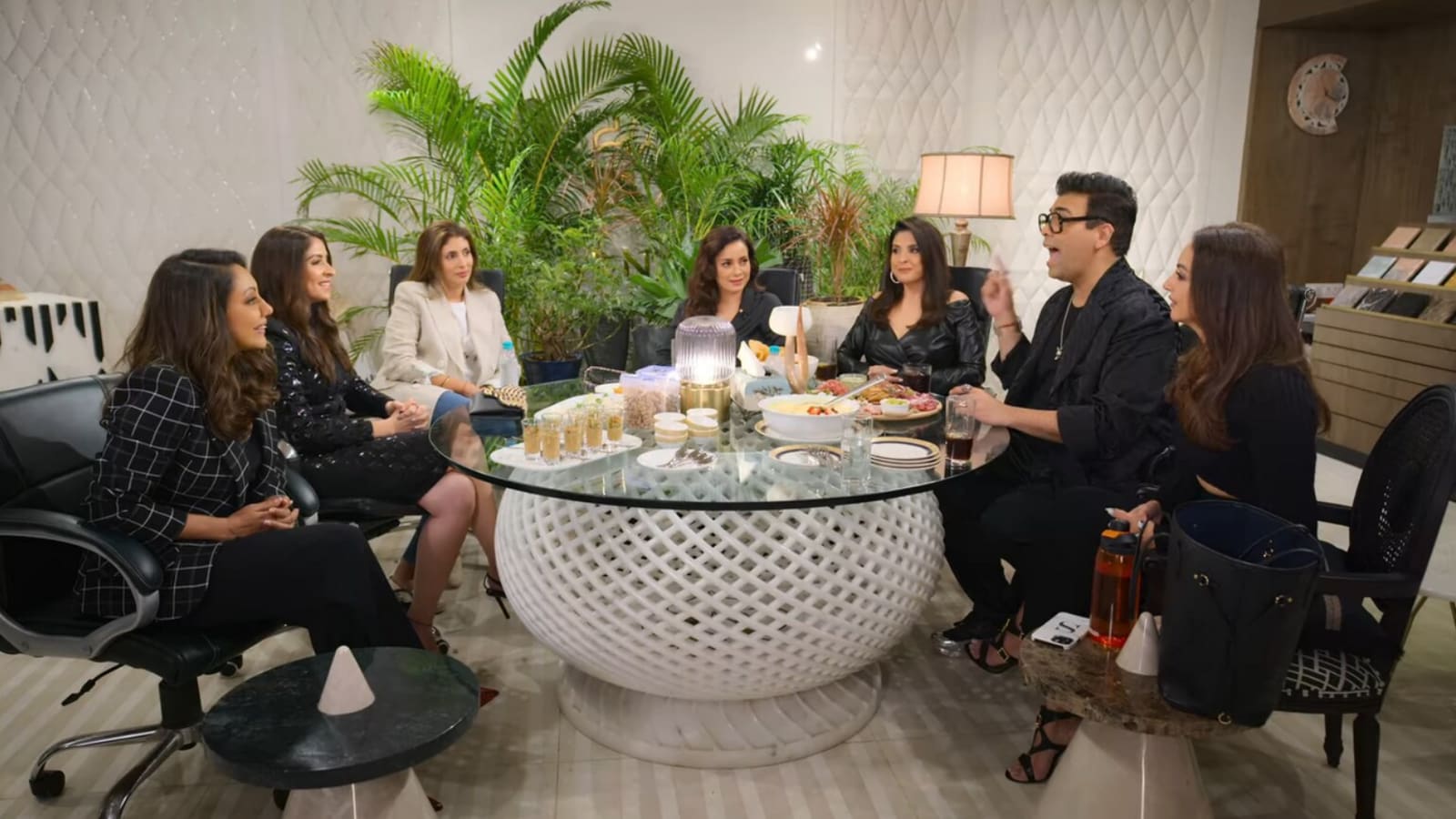 Karan Johar has revealed that there is a group chat of four star kids that he has been desperately wanting to join. In the second season of Fabulous Lives Of Bollywood Wives that recently started streaming on Netflix, Karan admitted that he feels left out that he is not on the group chat. The group includes Shah Rukh Khan and Gauri Khan’s daughter Suhana Khan, Chunky Panday and Bhavana Pandey’s daughter Ananya Panday, Sanjay Kapoor and Maheep Kapoor’s daughter Shanaya Kapoor, and Navya Naveli Nanda– Amitabh Bachchan’s granddaughter. Also Read| ‘Shah Rukh Khan said his CA asked him why he doesn’t learn something from Gauri’

Karan spoke about Suhana Khan, Navya Naveli Nanda, Shanaya Kapoor, and Ananya Panday’s friendship during a conversation with their mothers Gauri, Shweta, Maheep, and Bhavana respectively. Seema Sajdeh and Neelam Kothari were also present during the conversation. Karan started it by saying, “Gauri you and I are aware of this you know, that Ananya, Suhana, Navya, and Shanaya are all on a group chat. And I have FOMO (fear of missing out) that I am not on this group.”

Gauri Khan appeared shocked and asked Karan again, “You want to be on this group chat,” to which he replied, “Yes.” While Gauri declared that Karan can’t be a part of the group, he reiterated, “I really want to be on this group chat.” Gauri complained, “What is so great about them that we don’t have?” and Karan teased her by saying, “Been there, done that, bought a t-shirt, moved on. I want to hang with them.”

Gauri said at this point, “How dare you, Karan, dump us and be in this group chat? Not speaking a word on our group chat. Busy wanting to dump us, and go on that.” A concerned Karan also asked if Ananya, Suhana, Shanaya, and Navya will ‘reject’ him from their group, but Maheep and Bhavana assured him that they don’t have the ‘guts’ for it. Bhavana’s daughter Ananya made her debut with Karan Johar’s Dharma Productions film, and Maheep’s daughter Shanaya is also starting her Bollywood journey with his production house.

While Ananya Panday made her Bollywood debut with Student Of The Year 2 in 2019, her childhood BFFs Suhana Khan and Shanaya Kapoor are preparing to make their acting debuts with The Archies and Bedhadak respectively. Meanwhile, Navya Naveli Nanda has been pursuing her passion for business.