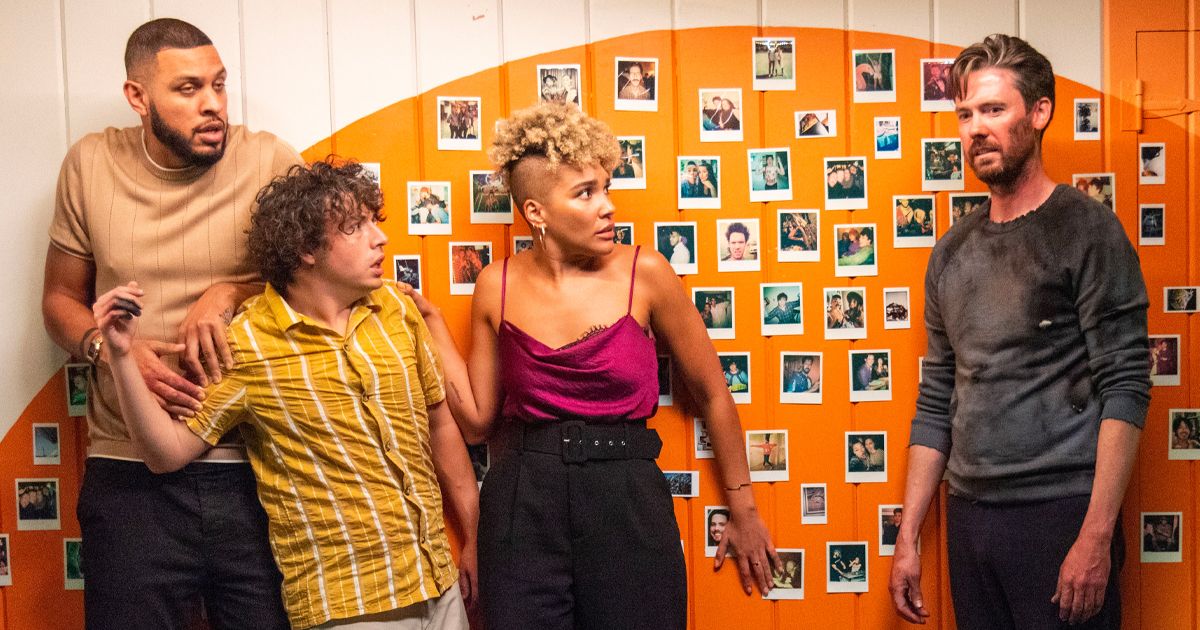 XYZ Films’ trailer for their new movie Gatlopp dropped today. The film stars Jim Mahoney, Emmy Raver-Lampman, Jon Bass, Sarunas J. Jackson, Shelley Hennig, John Ales, and Amy Davidson. In the trailer, a group of friends reunites for an evening of fun (drinking) and decide to turn it into a game. What looks to be something as innocent as a game of beer pong or flip cup quickly turns into something more supernatural and deadly. They begin justifying their reunion before slowly descending into the drinking game, questioning if it has holograms or if the pizza is having hallucinogenic effects. Soon, they’re full fledge into the fire.

“Go to hell, Paul!” Raver-Lampman’s character yells at Mahoney’s just moments before he literally does. You can watch it below.

Additional to starring in the film, Mahoney penned the script which is directed by Alberto Belli. According to Mahoney’s writer statement, “The idea was born after an evening of questionable behavior with some of my more questionable friends. Our plan was to go bar-crawling… [instead] kicking off the night with a weird drinking game… we miscreants got sucked into the fun and chaos.” The writer’s statement didn’t include a footnote but if it did, we imagine there would be an asterisk somewhere in the statement clarifying the meaning of fun, at least from the characters’ perspective. As a viewer, it looks nothing but.

Belli expanded on Mahoney’s inspiration for the film in his statement, “Mahoney told me the story of an unforgettable night he had playing a drinking game with estranged friends and how it brought them back together. He had this great idea that the experience could be turned into a movie by giving the game some supernatural powers.” Turns out he was spot on.

As per The Hollywood Reporter, XYZ acquired rights to Gatlopp earlier this year in February thanks to the help of James Emanuel Shapiro and Alex Williams. Signature’s Andrew Nerger also had a part in the deal and stated his excitement about it. It has a set release date of June 16, 2022, On Demand and Digital.

Viewers can recognize Mahoney from his previous work in Klaus, Oliver, Stoned, The Orville, and other projects. Director Belli also isn’t a stranger to the screen, having gained attention at acclaimed festivals like SXSW as well as previously winning the Cannes Lions Young Director Award.

“I hope Gatlopp brings a genuine escape to an audience that is in deperate need of big laughs and who knows, it might inspire estranged friends to reconnect… or simply just get hammered, which is just as valid,” stated Belli.

Tim Kraft is the Editor in Chief of Movieweb. His favorite genre is a tie between horror and comedy.