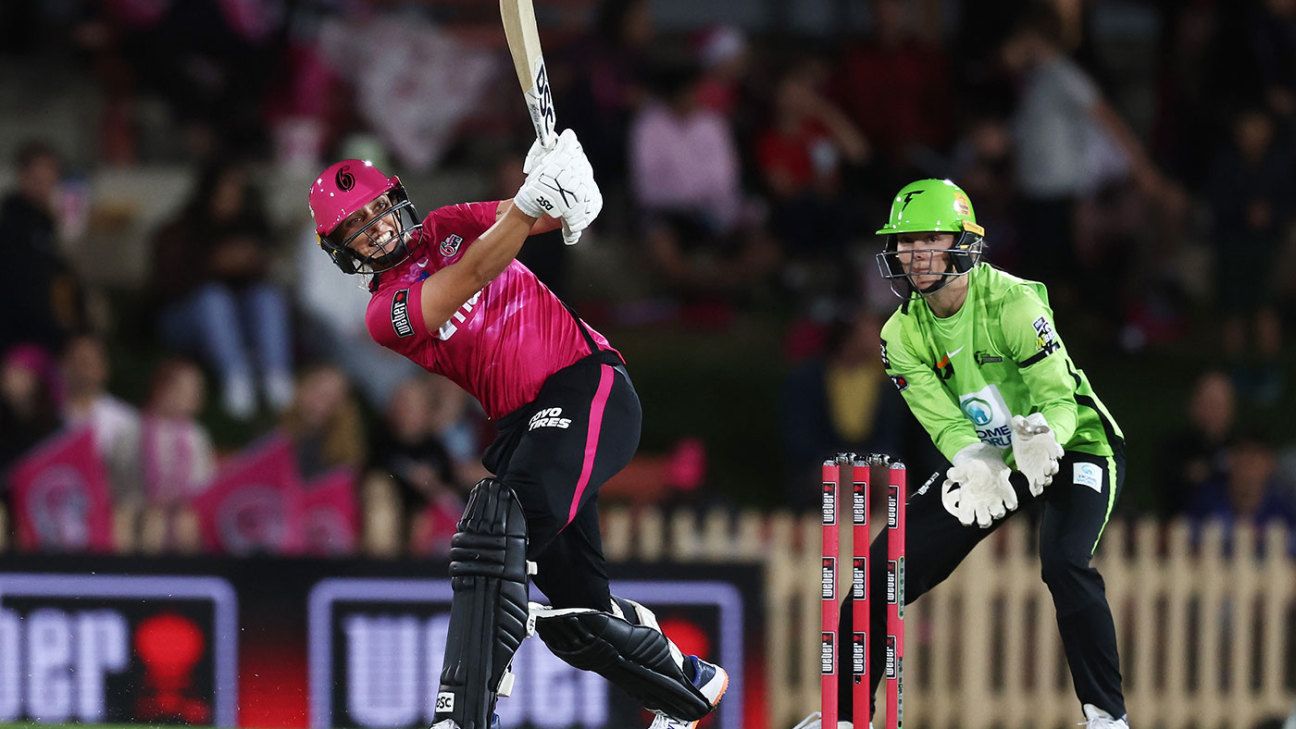 Gardner hammered 85 off 48 balls with 64 of those coming in boundaries as Sixers recovered from an uncertain start when Suzie Bates and Alyssa Healy fell cheaply to leave them 2 for 16. Ellyse Perry initially dominated the scoring with a fluent 45 off 30 balls in a stand of 59 for the third wicket before Gardner took over.

Erin Burns and Nicole Bolton, who struck 24 off 15 balls, provided support in consecutive stands of 43 and 56. There was an outside chance of Gardner reaching a hundred in the final over but she was bowled by Sam Bates who was Thunders’ standout bowler.

Bottom-placed Thunder raced out of the blocks in the chase as Tammy Beaumont and Phoebe Litchfield rattled up 81 in under nine overs. Litchfield’s first two scoring shots were sixes and Beaumont collected 10 fours in a 30-ball half-century before falling to England team-mate Sophie Ecclestone.

When Litchfield followed in the next over to Gardner the chase started to lose its way.

Kate Peterson continued her wicket-taking form, adding three to the four she took in the previous match, with her scalp of Chloe Tryon coming courtesy of a fantastic running catch from Lauren Cheatle who took the ball over her shoulder. When Olivia Porter was caught behind next ball Petersen was on a hat-trick and was not too far away when Sammy-Jo Johnson nearly provided a catch into the off side.

There was a potential concern for Sixers with Healy taking a painful blow on the hand from a fielding return and looking uncomfortable for the rest of the innings, although she was able to take a steepling catch to Johnson.

Rachael Haynes, who now has one game left in her professional career on Sunday, was left unbeaten on 29 and Thunder will hope to give her a winning send-off.