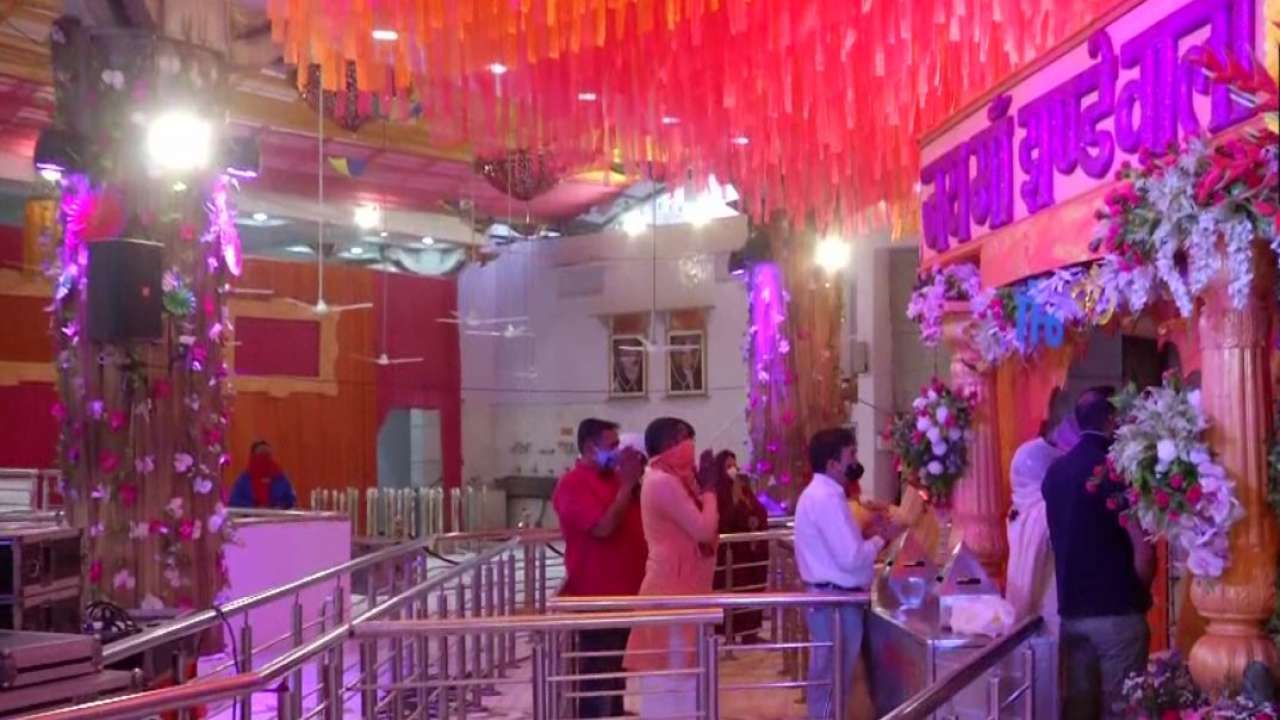 As the festival season is approaching, many states are gearing up to prevent the spread of COVID-19 among the citizens and imposing certain restrictions. Following the same suit, the Maharashtra government has also issued a list of guidelines for Navratri 2021.

The nine-day long celebration of Navratri 2021 is set to commence from tomorrow, October 7, and last till October 15. The Maharashtra government has imposed certain restrictions and banned some activities to make sure that there is no threat of the third wave of the pandemic.

According to the guidelines issued by the state government, Garba, dandiya and other cultural programmes that require mass participation have been banned during the Navratri 2021 period. The state has also said that not more than five people should be allowed inside the pandal at one time.

The guidelines further state that the height of the Goddess Durga idol allowed in community celebrations should be capped at 4 feet while the idols allowed for household celebrations cannot be more than 2 feet tall. There is also a prohibition on procession for home arrival and immersion.

The official notification issued by the Maharashtra government states, “Do not organise Garba, dandiya or any other cultural programmes. Instead, give priority to organise health camps such as blood donation and awareness programmes for the prevention of COVID-19, malaria and dengue, among others. The community mandals should make arrangements for online darshan of the idols through cable network, website, Facebook and other social media platforms.”

The government has also suggested that community mandals should make arrangements for online darshans to prevent crowding inside the pandals. Food and beverages are also strictly prohibited inside the community pandals this time.

The home department of the Maharashtra government has also said that instead of traditional idols, households should opt for marble or metal idols this time. They have further said that the COVID-19 pandemic is not completely gone yet and the threat of the third wave still looms.