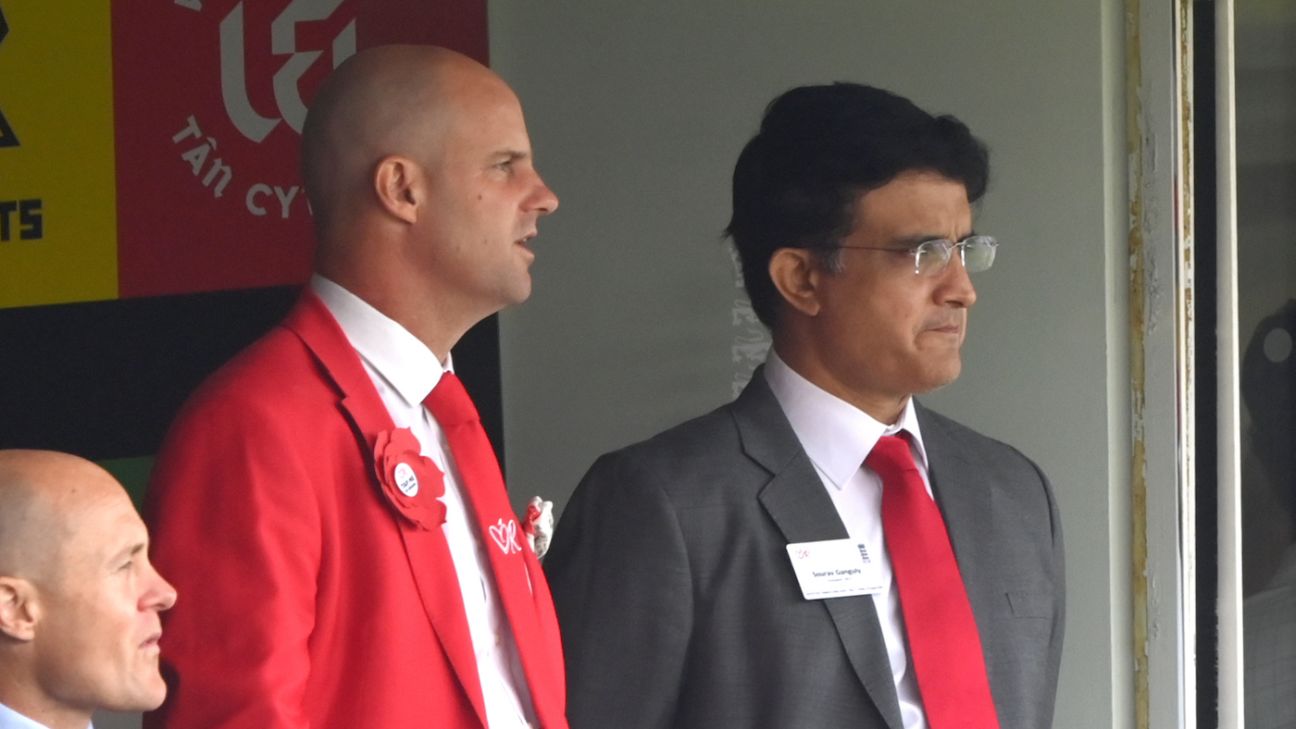 Rescheduled Test has to be a one-off match, and not a continuation of the aborted series, says BCCI president

Sourav Ganguly, the BCCI president, believes the Old Trafford Test between England and India should be “cancelled”, not postponed.

Ganguly added that whenever a one-off Test between England and India is eventually scheduled, “it cannot be a continuation of the series” that ended prematurely when India opted against taking the field last Friday.

While he chose not to speak on the book launch Ravi Shastri and some other members of the Indian contingent attended prior to the fourth Test as being the possible reason for the Covid-19 outbreak, Ganguly did stand by the head coach and the others, saying that there was no question of blaming anyone in the circumstances.

“The Old Trafford Test has been cancelled. They (ECB) have incurred a lot of losses and it’s not going to be easy on [them],” Ganguly said in an interaction with the Kolkata-based Telegraph. “Let things settle down a bit, then we can discuss and decide. Whenever it’s held next year, it should be a one-off match since it cannot be a continuation of the series any more.”

Ganguly is expected to be in London for a personal visit later this month, and while he didn’t say he would meet ECB officials while there, he said the BCCI has “given them the option of taking some more time since it’s just got over”.

An event around Shastri’s book – Star Gazing: The Players in My Life – took place on September 1, a day before the start of the fourth Test at The Oval, which India won to take a 2-1 lead in the series. On September 5, Shastri tested positive for Covid-19. His colleagues in the support staff, Bharat Arun, R Sridhar and Nitin Patel, were identified as his close contacts and put in isolation, and Arun and Sridhar subsequently tested positive too. Then, on September 9, India’s assistant physiotherapist Yogesh Parmar tested positive for the virus as well, and that is understood to have been the tipping point for a group of players, who refused to take part in the fifth and final Test.

“The players were devastated when they came to know that he [Yogesh Parmar] had tested positive for Covid-19. They feared they must have contracted the disease and were dead scared. It’s not easy staying in a bubble. Of course, you have to respect their feelings”

“The players refused to play but you can’t blame them,” Ganguly said. “Physio Yogesh Parmar was such a close contact of the players. Being the only one available after Nitin Patel isolated himself, he mixed freely with the players and even performed their Covid-19 tests. He also used to give them a massage, he was part of their everyday lives.

“The players were devastated when they came to know that he had tested positive for Covid-19. They feared they must have contracted the disease and were dead scared. It’s not easy staying in a bubble. Of course, you have to respect their feelings.”

Newsroom: ‘ICC has to adjudicate what the result of the series is’

Speaking about the book launch in a chat with Mid-Day on Sunday, Shastri had defended himself, saying, “The whole country [UK] is open. Anything could have happened from Test One.”

While Ganguly said that “No permission was sought,” by Shastri or anyone else to be part of the event, he felt that the coach and others were blameless.

“How long can you stay confined to your hotel rooms? Can you stay locked at your home day in and day out? You can’t be restricted to a life where you go from the hotel to the ground and return to the hotel. This is humanly not possible,” Ganguly, who also dismissed suggestions that the players skipped the last Test to be in the UAE early for the resumption of the IPL from September 19, said.

“You can’t stay in a bubble forever. Life has to open up. These players and support staff have been in a bubble for more than a year now. It’s no joke. It’s very demanding physically and mentally. They are human beings and it’s unfortunate. From the UK, the players are already in another bubble in the UAE [for the IPL]. Another round of quarantine, another bubble.… Then there will be the bubble for the T20 World Cup. It’s not easy.”