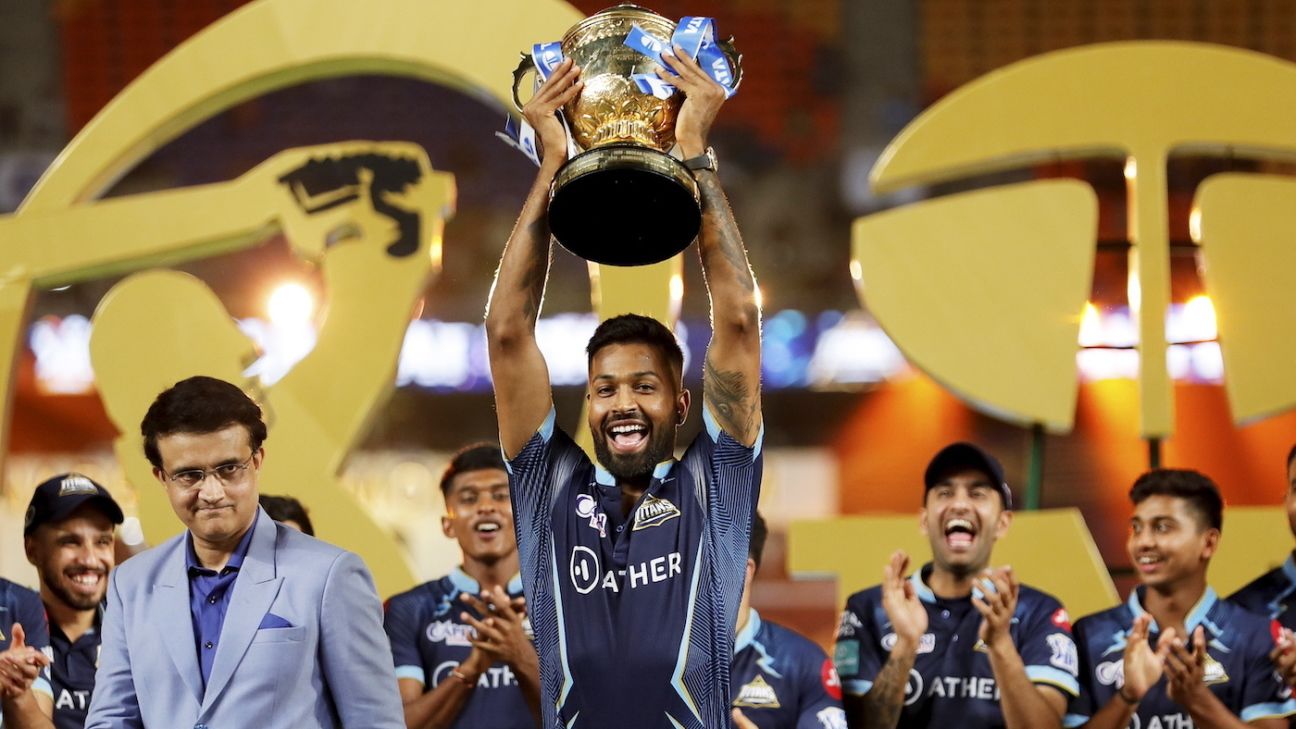 The Indian Premier League (IPL) will return to its original, pre-COVID-19, home-and-away format from the 2023 season, BCCI president Sourav Ganguly has conveyed to the board’s affiliated state units.

The IPL has been held at only a few venues since the outbreak of COVID-19 in 2020 as the lucrative league took place behind close doors across three venues in UAE – Dubai, Sharjah and Abu Dhabi. In 2021 too, the tournament was held across four venues – Delhi, Ahmedabad, Mumbai and Chennai – before it was again moved to the UAE because of COVID-19 cases in teams’ camps.

However, with things “going back to normalcy”, the IPL will return to its old format in which each team plays one home and one away match. Ganguly also mentioned the “BCCI is currently working on the much-awaited Women’s IPL” to hold it “early next year.”

Full domestic season in 2023
“The next season of men’s IPL will also go back to the home and away format with all ten teams playing their home matches at their designated venues,” Ganguly’s note said to state units.

The note gave them a “snapshot” of the ongoing domestic season.

The BCCI is conducting a full-fledged domestic season for the first time since 2019-20 and all multi-day tournaments will also return to the traditional home-and-away format.
Women’s IPL to start early next year, new Under-15 one-day tournament for girls
The BCCI is also working to host the inaugural edition of the much-anticipated Women’s IPL “early next year”. The tournament is likely to take place in March after the women’s T20 World Cup ends in late February in South Africa.

“The BCCI is currently working on the much-awaited Women’s IPL. We are expecting to start the first season early next year,” Ganguly wrote in the letter dated September 20.

The Women’s IPL is expected to raise the standard of women’s cricket in India. Besides the Women’s IPL, the BCCI is also launching a girls’ Under-15 one-day tournament.

“We are glad to introduce a girls U15 One Day tournament from this season. Women’s cricket has seen phenomenal growth across the world and our national team has been performing well. This new tournament will create a pathway for our young girls to play at the national and international level,” Ganguly wrote.

The inaugural women’s under-15 event will be played from December 26 to January 12 across five venues – Bengaluru, Ranchi, Rajkot, Indore, Raipur and Pune.