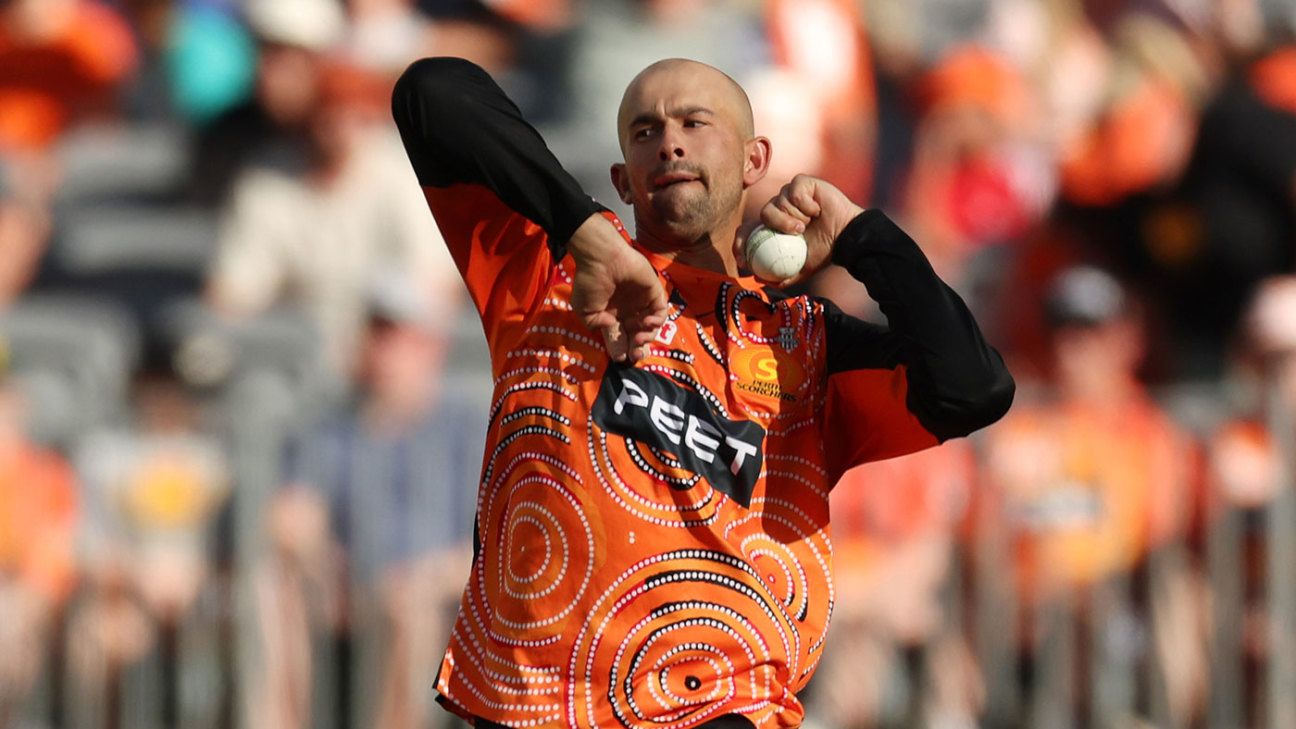 Spinner Ashton Agar will not be available for the BBL finals series as he prepares for Australia’s upcoming Test tour of India, while injured quick Jhye Richardson remains in doubt for the blockbuster qualifying final between arch-rivals Perth Scorchers and Sydney Sixers.

Defending champions Scorchers locked up top spot on the BBL ladder with a dramatic 10-run victory over Melbourne Renegades at Optus Stadium.

The result secured Scorchers a home qualifying final against Sixers on Saturday with a bumper crowd of around 45,000 expected. The winner will host the grand final on February 4.

Sixers will have Steven Smith available for the qualifier with CA releasing 11 of the tour squad for the first week of the finals.
Frontline spinner Agar was a curious omission from Scorchers’ line-up against Renegades in such a high stakes contest, but his unavailability for the finals series swayed the team’s hierarchy to select 19-year-old spinning allrounder Cooper Connolly. Agar is required to attend a pre-tour camp in Sydney before the squad flies to India.
Connolly, a former Australia Under-19 captain, did not bowl against a surging Renegades, who almost mowed down a huge target of 213, with captain Ashton Turner shouldering the bulk of the spin bowling load. Peter Hatzoglou was later a concussion replacement for Matthew Kelly.

“Once we got confirmation that Ash wasn’t going to be available for our final here on Saturday, we felt now was the opportunity for him to start his prep for the Test tour,” Scorchers coach Adam Voges said.

“We’ve talked a lot with Ash through the back half of this campaign about how we can help keep preparing him for what’s coming up as well as what’s in front of him at the moment.

We wouldn’t have done that without his blessing. I fully understand how important this upcoming tour of India is for him and him wanting to get the best possible preparation. It wasn’t really an issue at all.”

Richardson had been earmarked to return from a hamstring injury in time for the finals series, but will need to prove his fitness.

Prior to his latest setback suffered against Sydney Thunder on January 4, Richardson had been in hot form with 15 wickets in seven games marked by rapid bowling nudging 150kph.

A nagging heel injury consigned him to the sidelines for an extended period ahead of the BBL season.

“He hasn’t got the final tick off yet,” Voges said. “We’re all really hopeful he’ll be available for Saturday. Once he is declared fit then I”ve got no issues with bringing him back in. But he’s still got a bit to do.”

Speedster Lance Morris could also bolster Scorchers’ attack after missing the Renegades clash due to illness. Unlike Agar, Morris is available for selection against Sixers before he departs for Australia’s tour of India.

A spot in Scorchers’ attack might open up after Kelly suffered a nasty blow to his face in a bizarre fielding mishap and he had to be substituted out of the match under concussion rules.

“I’m sure he’ll go through those [concussion] protocols,” Voges said. “Hopefully he’ll be available for Saturday, but we’ll just wait and see.”

It’s been a season of resilience for a ravaged Scorchers, who finished on top of the ladder with 11 wins despite instability.

English recruits Tymal Mills, Phil Salt and Laurie Evans did not play a single match for various reasons, and so too star allrounders Mitchell Marsh and Cameron Green due to injuries.

Having memorably clinched last season’s title after playing just one home match due to strict Covid-19 border controls in Western Australia, Scorchers are eyeing another triumph under adversity.

“Proud is a really good word,” said Voges, who described how he felt about his team. “You lose your three international players that you pick up in the draft, you lose Mitch Marsh on the eve of the tournament. To be honest, going in, I wasn’t entirely sure how we were going to go.”

He paid tribute to the team’s remarkable depth and identified the emergence of top-order batters Aaron Hardie and Cameron Bancroft, who were fringe players in previous seasons, as key to Scorchers maintaining their status as a competition powerhouse alongside Sixers.

“We’ve had guys step up, we’ve had guys contribute in different games,” Voges said. “We’ve always prided ourselves on our depth within our squad and we’ve certainly had to utilise it within this tournament. It’s great to get over the line and earn a home final.”