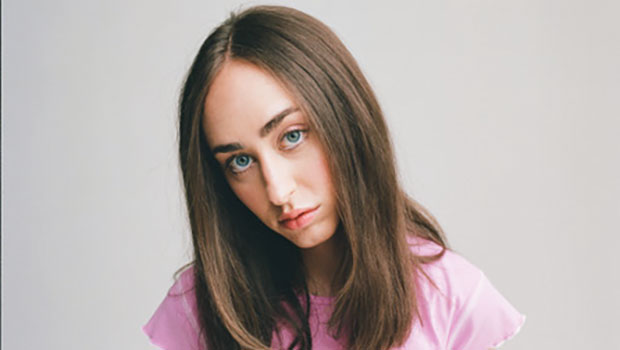 The new era of Fleurie has arrived! The alt-pop singer-songwriter kicks off the next stage of her journey with ‘Supertropicali,’ a song she tells HL is about the complicated relationship with fame and ‘the desire to fit in.’

“Because we live in a world where fame is accessible to pretty much anyone willing to do what it takes to acquire it, our relationship with it is relevant to everyone now,” Fleurie tells HollywoodLife. This relationship is at the heart of “Supertropicali,” the new song from the alt-pop singer-songwriter. “Woke up in a world of lemmings (Oh my!),” she sings at the start of the infectious bop. “Everybody was racing, no one was winning / All the girls were living / Living in circles, spinning (Like knives) / And before I knew it, I got sucked into it.”

The video seemingly sees Fleurie in different stages in this relationship with fame: dreaming of stardom in her childhood bedroom to cruising Los Angeles before her big break to enjoying the fruits of her success with a shopping spree, living a life far removed from the wide-eyed dreamer at the start. “Supertropicali” is Fleurie’s attempt to “explore the normalizing of seeking fame in Los Angeles culture and how easily it is for us as humans to find ourselves becoming those we once criticized when faced with the desire to fit in.”

Such pairing of introspective lyrics and undeniable pop is Fleurie’s calling card. Since marking her arrival in 2016 with Love and War, the alt-pop singer born Lauren Strahm has crafted music that combines her distinct perspective with ethereal production. Her music has found its way on shows like Pretty Little Liars and Grey’s Anatomy, all while racking up more than 140 million streams. During her EXCLUSIVE chat with HollywoodLife, Fleurie touched on her progression since Love and War, why pink is her current mood, and who she had on her bedroom wall while growing up.

HollywoodLife: We’re about a week since you released “Supertropicali.” How has the fan reaction been to the song? Have you been surprised by how some reacted to the track (like, has it appeared on some surprising TikToks?)

Fleurie: My fans have been really excited for this new era that has now been introduced! I’ve been surprised at how many people commented that they loved the on-screen debut of my director Elle Ginter’s cat Jiminy which cracks me up. He just jumped on the bed while we were filming, and we kept rolling.

The song seems to discuss a tricky relationship with the glitz and glam of fame (“All the girls were living / Living in circles, spinning like knives And before I knew it, I got sucked into it”). Is that the inspiration behind “Supertropicali?”

Yes, definitely. Because we live in a world where fame is accessible to pretty much anyone willing to do what it takes to acquire it, our relationship with it is relevant to everyone now. More than just talking about fame, though, I wanted to explore the normalizing of seeking fame in Los Angeles culture and how easily it is for us as humans to find ourselves becoming those we once criticized when faced with the desire to fit in.

A simple question – why pink? It’s a prominent color in the video and the song’s promotional material.

Pink, to me, marks a very obvious shift from the color that represented my last two albums pretty predominately – black. To me, pink is happy and romantic, and boldly feminine. I’ve wanted to make an upbeat, dreamy, girly, fun, sweet, nostalgic album for such a long time, and I’m so glad to finally be sharing it with the world!

Did you have that Avril Lavigne poster growing up? Or did you have someone different on your bedroom wall?

I wish I had! The posters I had growing up were bands like Relient K, Switchfoot, a group called ZOEgirl I was obsessed with, Jump5, and others I’m forgetting! I also remember making a collage of Hilary Duff photos cut out of teen magazines that hung on the wall for some time.

It’s been five years since your album Love and War. What would you say is the biggest difference between the Fleurie that recorded that and the Fleurie of today?

I would say the Fleurie who made Love and War was in full-on exploration phase. I had no idea if/how/why/when I ever wanted to tour and was solely focused on making music for film and television use. The way that album of seemingly random singles came together is still such a mystery to me! I think I’ve grown into my own visionary skin and now have a big picture vision for my projects and my career as a whole, and the exploring part is more in nailing down specifics in the details. I know what I want to say and how I want to say it, which is a great feeling.

My plans are to play a lot of shows and release a lot of music! So yes, you will.