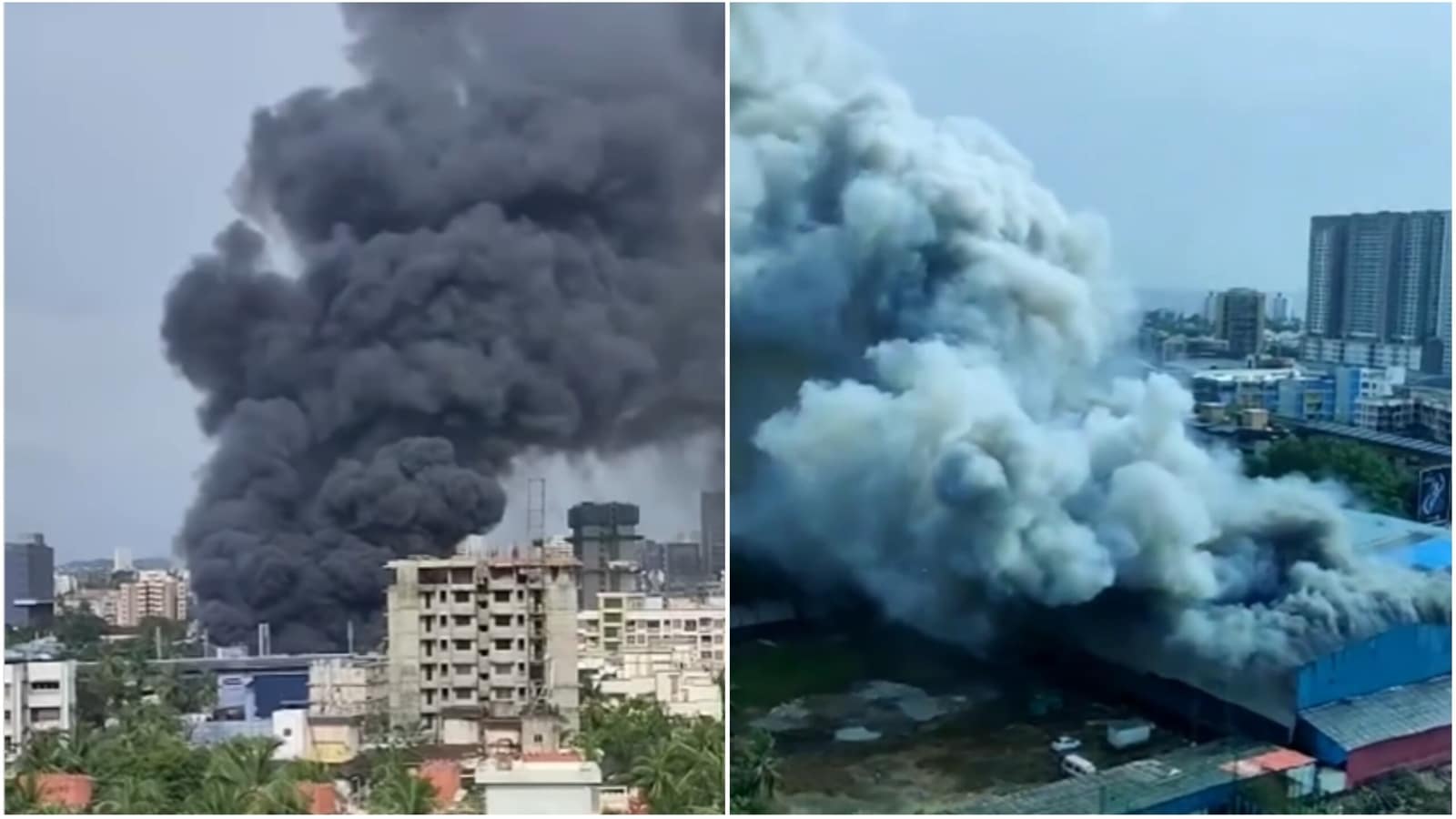 A fire has broken out on a film set in Andheri, Mumbai. The fire started spreading in the area on Friday evening. Fire fighters are on the spot. No injuries have been reported yet. Also Read| Ranbir Kapoor, Anil Kapoor shoot for Animal at Saif’s Pataudi Palace

The fire broke out at a film set installed at Chitrakoot Ground next to the Andheri Sports Complex near Link Road. Videos shared by paparazzi accounts showed plumes of black smoke billowing from the spot which was visible all across Andheri.

A civic official told PTI that the blaze erupted around 4:30 pm on Friday. Officials had previously said that the fire started in a shop in the area, but later confirmed it to be a film set. As per the report, three fire engines were rushed to the spot and started dousing operation. It noted that there were no reports of anyone getting injured.

Meanwhile, a paparazzo account shared multiple videos of the fire, noting that the area also has Yash Raj Studios, Fun Cinemas, Balaji office, and many other film sets located in the vicinity.

A report in ETimes claimed that the fire broke out on the sets of Luv Ranjan’s upcoming film which stars Ranbir Kapoor and Shraddha Kapoor in the lead roles. It also said that Dharmendra’s grandson and Sunny Deol’s younger son Rajveer, who is preparing to make his Bollywood debut in a film by Rajshri Productions, was also filming very close to where the fire erupted. He was reportedly in the middle of a scene, but the filming was wrapped up and the cast and crew were evacuated.

There is no official confirmation if the fire had broken out on Luv Ranjan’s film sets or if the actors or the team were present during the incident. Earlier this week, Ranbir Kapoor was spotted at Saif Ali Khan’s Pataudi Palace in Gurugram filming for his Animal, in which he stars alongside Anil Kapoor and Rashmika Mandanna.