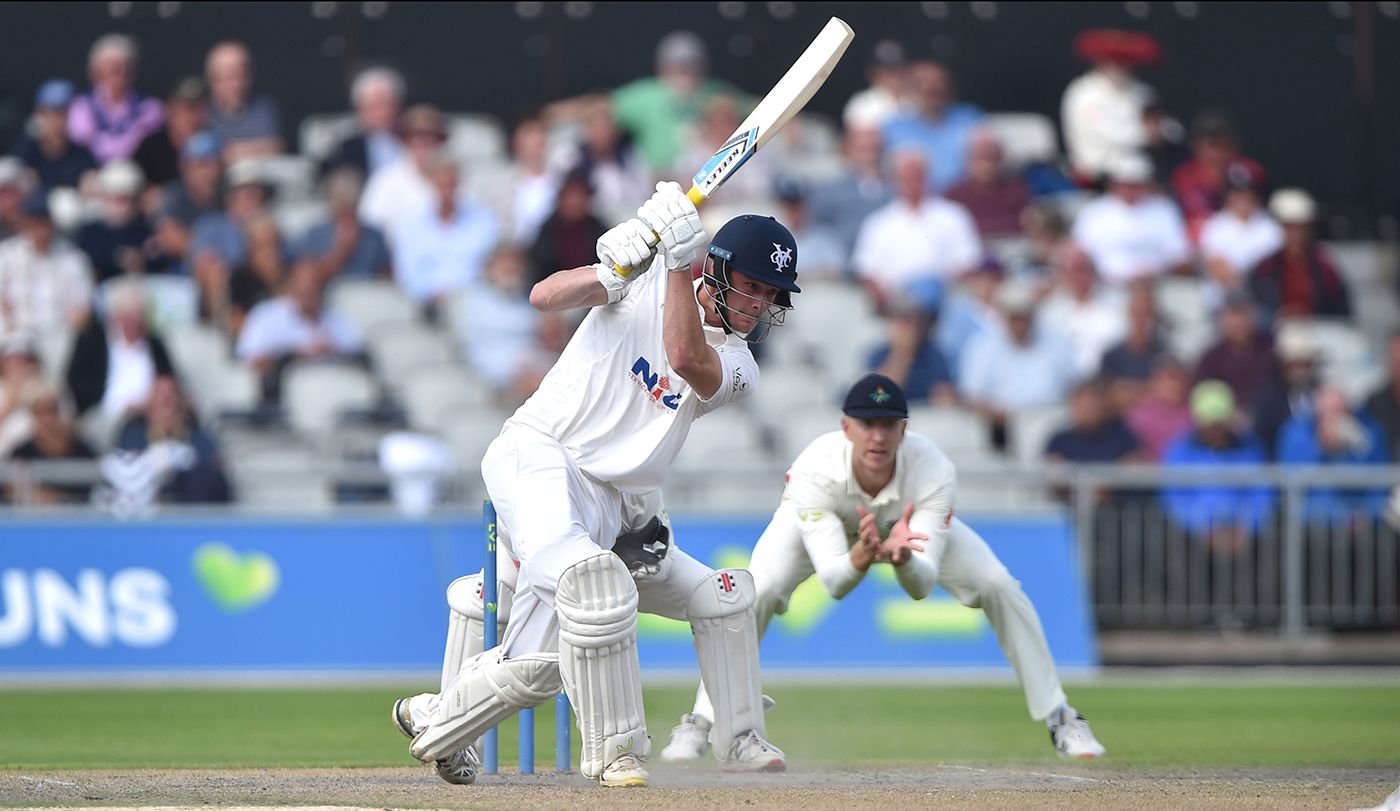 Few games are so wonderfully enriched by their past as cricket yet few should be more wary of being enchained by it. It is a tricky path to tread. Before the rain-delayed start to our cricket at 12.55 this afternoon, a memorial was dedicated to Peter Eckersley, who skippered Lancashire to the title in 1930 and 1934. Eckersley once piloted an aircraft containing his team to an away match in Cardiff and most of the photographs of him also feature either a plane or a posh car. One can imagine him as a suspect in an Agatha Christie whodunit.
Shortly after this ceremony ended, play began, a couple of hours late, and Lancashire lost their last two wickets for the addition of only four runs. Ten minutes later, 20-year-old Fin Bean, who made a quadruple century for the second team in June, walked out to play his maiden innings in first-class cricket. Bean was unlikely to know it and there was scant reason for him to care, but of all the buildings that encircled this sacred field two decades ago, only the pavilion remains and even that is now overshadowed by a hotel and a corporate hospitality venue. The blare of the present, the imperative of now, is everywhere.
And yet Peter Eckersley lived just as vividly as Fin Bean lives. Understanding such things is a triumph of historical imagination and a very necessary one in these months of notions and nostrums. So in the midst of confusions about cricket’s role and direction it was pleasant to be reminded of a few of our game’s verities this afternoon. One of these is the intensity of the Roses match, something into which Bean was inducted this afternoon as he scored just one run from his first 27 balls. Patiently, he left some balls alone; steadfastly, he tapped others back to the bowler. Then he stroked an on-drive and a cover-drive to the boundary off Will Williams and we realised here was a left-hander capable of grace as well as grind.

By then, Adam Lyth had gone, caught at short leg by Josh Bohannon off Williams for 13, and it was plain that Yorkshire’s under-strength top-order was vulnerable to a Lancashire new-ball attack led by Tom Bailey, one of county cricket’s quiet masters. But Bean resisted Bailey and Williams, even though, as he admitted later, the ball was “nipping around a bit”. In company with George Hill, who might still have been in slight shock after his 6 for 26 yesterday, Bean put on 63 for Yorkshire’s second wicket. At times the cricket was a trifle slow but these things are relative.

Certainly it was furlongs removed from the drawn game at Old Trafford exactly a century ago when play was possible on only two days out of three and 504 runs were scored in 252.3 overs. These, though, are not the most intriguing features of that match. 20,000 spectators watched Lancashire compile 118 all out from 77.3 overs on the Saturday of the August Bank Holiday weekend and 10,000 saw Yorkshire bat out for a draw on the following Tuesday when the visitors needed only eight runs from five overs to win but finished three short with eight wickets down, Wilfred Rhodes making an unbeaten 48. Effectively, however, Yorkshire were nine down; their skipper, Geoffrey Wilson, was in hospital with appendicitis. Even more significantly, perhaps, Yorkshire were on course for the first of what would be four successive titles and were content to remain top of the pile while denying Lancashire any chance of overhauling them.

A hundred years later, it is Lancashire who are chasing the title, albeit a little distantly, whereas Yorkshire fear relegation, an indignity unknown to Rhodes, Roy Kilner and those other giants. The home side’s hopes were raised a tad when Hill was bowled by a glorious leg-spinner from Matt Parkinson for 32 and lifted again when, after 153 minutes in the middle, Bean was pinned in front of his stumps by Bailey for a 116-ball 42. He will have been disappointed not to reach a half-century but he had looked as if he belonged. In its way his innings had counted for much more than his gourmandising for the second team. “This innings shows that I can play at this level, which is a big thing for a young player,” he said.

Lancashire enjoyed one more success before the weather closed in. After struggling for 3 runs in 10 balls, Will Fraine was bowled by Williams when playing no shot but Tom Kohler-Cadmore and Jonny Tattersall ensured their side reached 130 for 4 before the umpires took the players off for bad light that had been gathering from the west. Ten minutes later, the rain was bucketing down.

No matter… or not much anyway. Our delayed and truncated day had honoured the Roses match and Bean had taken his first steps towards the fulfilment of a dream. From the 1864 suite the blazered nobility from both counties had watched it all with the discernment that only decades in the game can bring. For once, one did not begrudge them their mighty lunches. Roses matches are their occasions, too, and that smoked salmon was never going to eat itself.