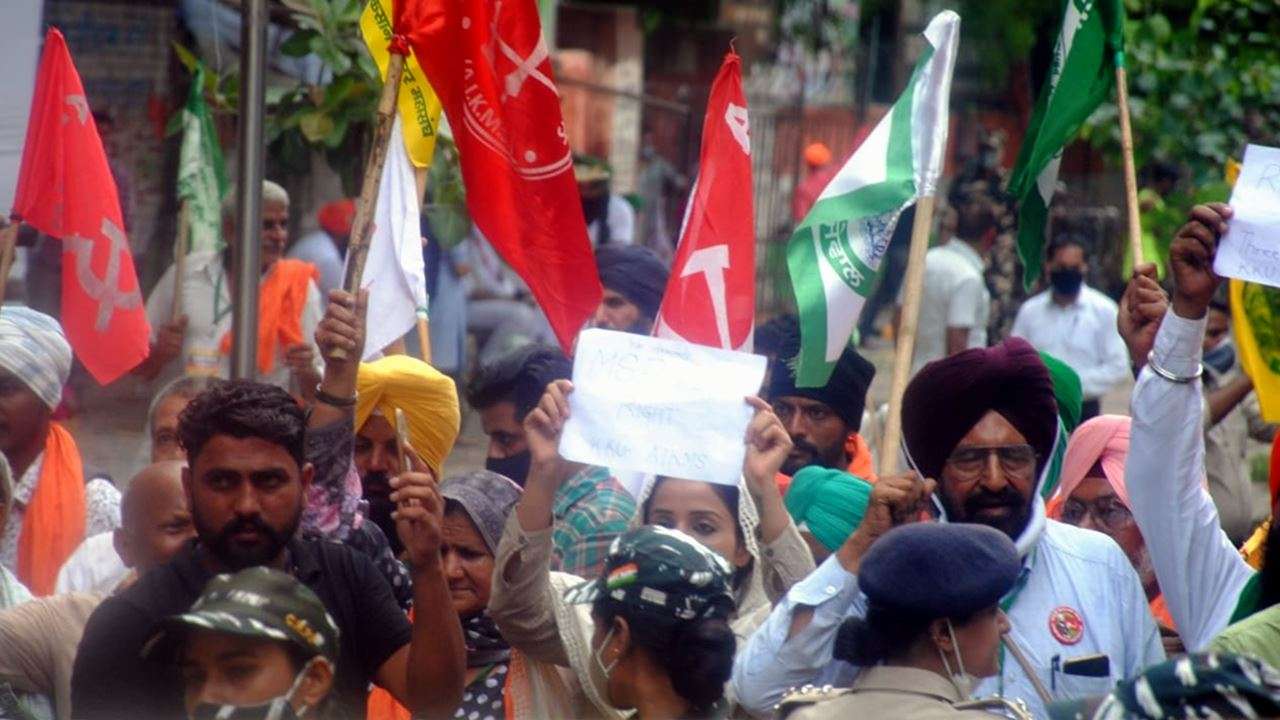 Amid tight security arrangements, the farmers on Thursday afternoon reached the Jantar Mantar in Delhi to intensify their protest against the three farm laws passed by the Centre last month. The farers are holding a ‘Kisaan Parliament’ parallelly to the ongoing Monsoon Session of Parliament at the site.

Chanting slogans, the farmers reached the protest site in buses that were escorted by the Delhi Police to ensure overall security and maintain COVID-19 norms.

Bharatiya Kisan Union (BKU) leader Rakesh Tikait has also reached Jantar Mantar as farmers begin their protest against farm laws. Tikait had earlier said that the farmers will hold their own Parliament sessions at Jantar Mantar.

A heavy deployment of police personnel since Thursday morning has been noticed around Jantar Mantar.

The Delhi Disaster Management Authority has granted approval to farmers to hold ‘Kisan Sansad’ while maintaining Covid appropriate behaviour. Farmers have been permitted to protest at Jantar Mantar with limited numbers not exceeding 200 persons for Samyukt Kisan Morcha (SKM) and six persons for Kisan Mazdoor Sangharsh Committee (KMSC) from 11 am to 5 pm daily.

Farmers have been protesting on the different borders of the national capital since November 26 last year against the three newly enacted farm laws. So far, several rounds of talks have been held between the Centre and farmer leaders to break the deadlock between the two parties.

NJ governor explains why smokers under 65 qualify for Covid vaccine...