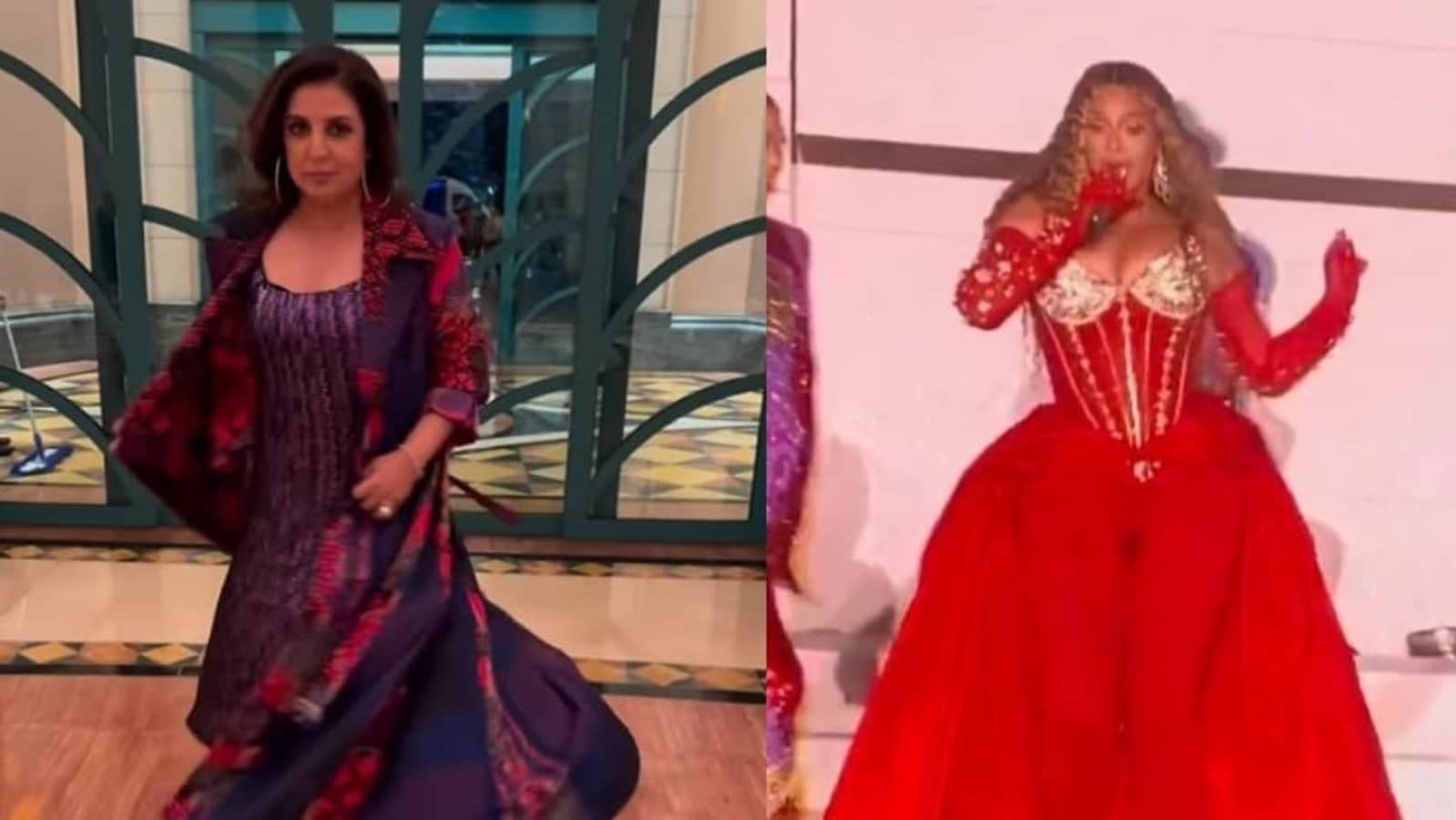 Farah Khan shared a video of herself dressed in a ‘fantastical Manish Malhotra outfit’ in Dubai ahead of Beyonce‘s private concert. The filmmaker and a host of Bollywood celebrities were in Dubai to attend the grand opening of the luxurious Atlantis The Royal hotel in Palm Jumeirah. The guest list includes celebrities like Gauri Khan, Suhana Khan, Shanaya Kapoor, Farhan Akhtar and Shibani Dandekar. Model Kendall Jenner, rapper Jay-Z and singer Liam Payne were also spotted celebrating the opening of Atlantis The Royal in Dubai this weekend. Also read: Suhana Khan and Shanaya Kapoor bond with Kendall Jenner at Dubai bash

On Saturday, Farah Khan shared a video flaunting her designer outfit as she walked inside Dubai’s latest luxury hotel, Atlantis The Royal. She wore a purple and red long jacket over a matching dress. Farah captioned her video, “All set for Beyonce in a fantastical Manish Malhotra outfit!!” The designer commented on her Instagram Reels, “You are fab.” A fan wrote, “One of your best looks.”

Beyonce’s invitation-only private concert at Atlantis The Royal was on Saturday. Despite organisers asking for no photography at the event, a number of videos and photos were shared on social media and were met with praise from fans. Beyonce has not staged a full-length concert since 2018.

It is also reported that for her performance at the Atlantis The Royal, the singer reportedly took home $24 million (approximately ₹195 crore) – along with a stay at the resort’s $100,000 (approximately ₹81 lakh) a night room. “We have actually our Royal Mansion occupied today by Beyonce, it is the most expensive, and, we believe, also the largest mansion in the world. It’s $100,000 a night to stay in the room, and it’s 11,000 square feet,” Atlantis Resorts managing director and vice president Timothy Kelly told Arabian Business on Saturday.

Farah and other Bollywood celebs had an eventful weekend in Dubai. Earlier on Saturday, Farah had shared a set of pictures of herself enjoying a ‘beautiful evening’ in the UAE city with the ‘right people’. She was seen with her cousin, actor-filmmaker Farhan Akhtar, and his wife, actor Shibani Dandekar. Shanaya Kapoor and Suhana Khan were also seen in party mode, as they posed with Kendall jenner at a star-studded gathering at Atlantis The Royal on Friday. Both Shanaya and her mother, reality TV personality Maheep Kapoor, had shared pictures and clips from the party on Instagram Stories.